Flannel Up With Flatbed Cider 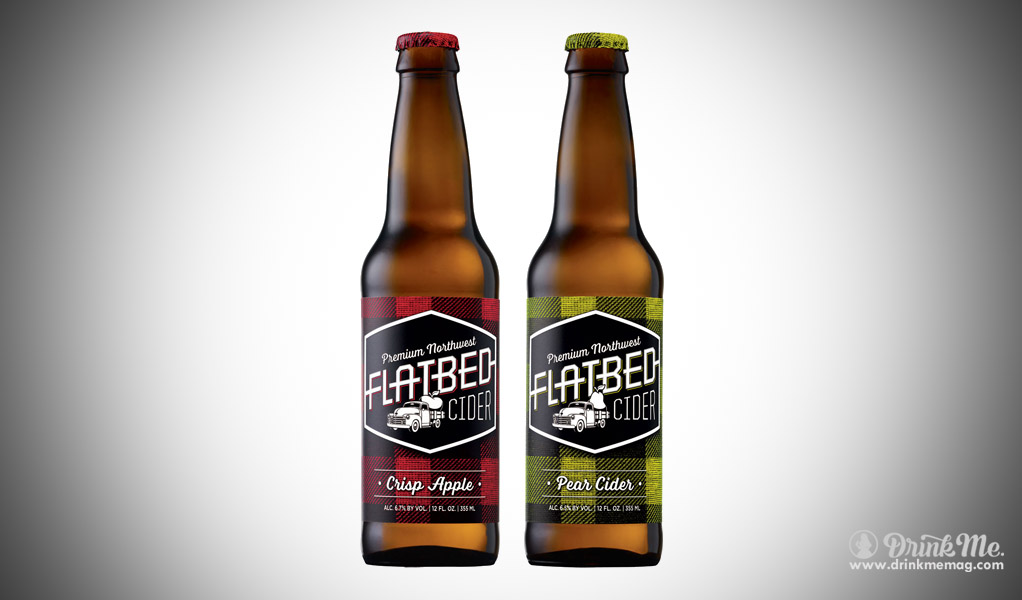 An apple a day keeps the doctor away—that saying translates to ciders too, right? We don’t see why not when the cider is produced in the Northwest using only local orchard apples. Flatbed Cider is well aware these apples are the crispest and most flavorful apples to choose. Taken straight from the branch to the bottle, the luckily chosen apples are whole-pressed with no artificial ingredients and no sugar then transformed into an uncommonly clean and balanced cider.

Only just established in in January, Flatbed is making their name known within the craft cider realm. They crafted a rather dry but brightly flavored cider using the ever-famous apples of the Northwest. In total, thee apple varieties make up Crisp Apple Cider: Jonagold, Red Delicious, and Golden Delicious. Newtown Pippin and Gravenstein are two heirloom varietals that are hand chosen batch to batch to add the unique Northwestern charm. Alongside their Crisp Apple Cider is their Flatbed Pear Cider. Similar to their apple cider but with pears! Each bottle incorporates Northwest-grown Bartlett pears for a burst of crisp, sparkling refreshment. The Pear Cider is naturally sweeter than it’s Crisp Apple Cider cousin, but both pair well with a wide variety of foods.

Flatbed brings together all things rustic apple cider, flannel, the great outdoors, and good times. Gather around a fire with a knitted blanket and a Flatbed Cider in hand for a cozy evening with friends.