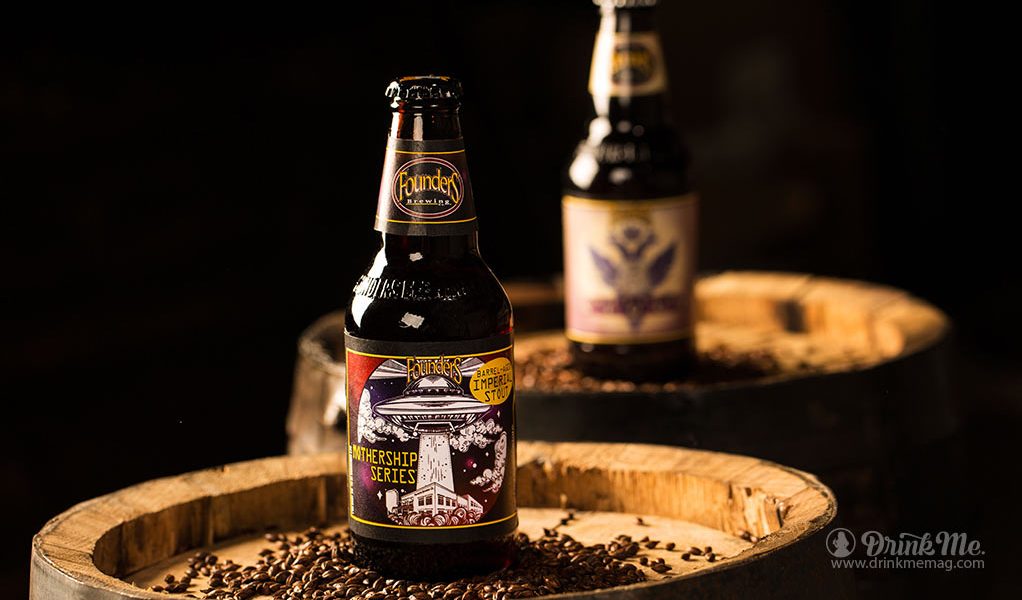 Founders Brewing Co. released the first of the 2019 Mothership Series. Barrel-Aged Imperial Stout (12.8% ABV) is a complex bourbon barrel-aged stout featuring the warm and roasted characteristics of a thick stout, with the added richness of oak and vanilla notes from the barrel-aging. This beautiful beast of a beer is the fifth release of the Mothership Series and debuted as a Founders taproom-exclusive on this week.

“This is the biggest, boldest taproom Mothership Series release yet,” said Brewmaster Jeremy Kosmicki. “We took what’s already a huge beer, Imperial Stout, and aged it in bourbon barrels for not one, but two years. The oak from the barrel complements the cocoa and licorice notes perfectly. This one should go quick!”

The taproom Mothership Series is an ultra-limited, brew team favorite beer series only available at the Founders Grand Rapids and Detroit taprooms. Whether it is an old standby brought out of retirement or an experimental new style, it’s sure to go quickly. The previous Mothership beers have included: Panther Cub, MF Donkey Stout, Sleeper Cell and Red’s Rye IPA.

Barrel-Aged Imperial Stout will have a retail price of $15.00/6-pack.

Previous post OZV Is Refreshed and Ready For You Zin Fans