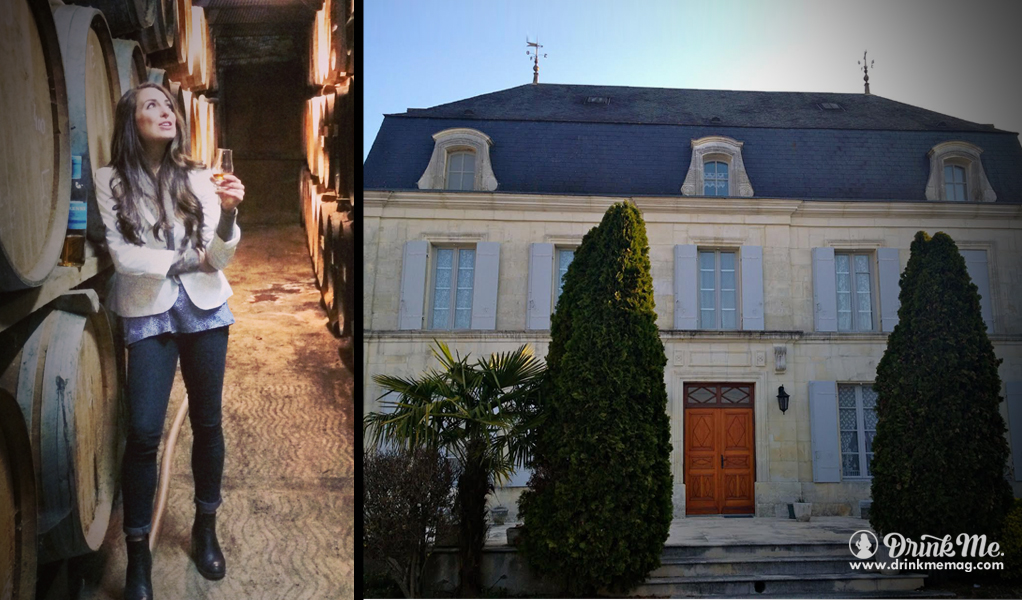 Single malt Scotch whisky is to Scotland what Champagne or even Cognac is to France. But what about combining the style of France together with the style of Scotland? The notion probably makes the whisky purist cringe, as if it’s like “fruiting” beer. Yet it’s this very style that one whisky producer, Brenne, has set out to do, honoring tradition while celebrating innovation.

Scotch whisky is built on a storied history that rests on tradition, dating as far back as the 15th Century (thanks to the monks who produced and documented it). Bending the rules of that tradition begins to compromise what true Scotch whisky really is. Similar to Champagne being exclusive to the Champagne region of France, Scotch single malt whisky is exclusive to Scotland, with a definition that requires it to be distilled in Scotland and then matured there in oak casks for at least three years, although most are aged much longer.

Fast-forward to present-day, and in enters Allison Patel. The name of Allison’s whisky, Brenne, comes from the French word brin, which refers to a single blade of grass. In this case, it refers to the seeds of barley that are grown on the same farm where the whisky is distilled (and the farm of a three-generation Cognac producer), making it the only organic French single malt whisky in production. (There is another French whisky that hails from Cognac, Bastille, but it is of the blended variety, rather than single malt.)

Subtleties like organic barley are imperative in the production of single malt whisky today. Single malt whisky come downs to three essential ingredients: Water, yeast, and barley. With more than 100 single malt distilleries in Scotland alone (and even more single malt distilleries worldwide), it’s hard to develop a whisky that stands out without comprising the tradition of it. The challenge then, which Allison has risen to meet, is to innovate while staying true to the integrity of the whisky.

Cognac is important in the production of Brenne single malt whisky, not just because it contains only barley from the region, but also the Cognac barrels in which the whisky is aged. In that way, Allison is staying true to much of Scotch whisky production by using barrels that are used, rather than new.

Allison said that she “was inspired by the Scots’ use of former bourbon, sherry, and port barrels, yet didn’t want to repeat history by trying to make a Scotch style of single malt just in another country.” First, she ages the whisky in virgin French Limousin oak barrels, a more luxurious type of French oak, which is coarser than other barrels and gives off more tannins and chocolate/caramel characteristics. Then the whisky is poured into Cognac casks that bring out more notes of fruit. Allison told me that she “wanted to try and further develop the fruit notes that we experienced in our unique distillate by using the freshly emptied Cognac casks that were at the distillery.”

Many of the elements you’d expect from a good whisky are present in Brenne, including handpicked estate-grown barley, used oak barrels, and years of aging. Brenne, by and large, takes seven to eight years to age, “so as not to cheat the whisky-making process,” Allison says. This commitment to tradition, coupled with the innovation of being the first French single malt whisky to use cognac casks, makes Brenne stand in a category of its own.

Yet skepticism should be expected. Brenne is, after all, attempting to stay true to whisky traditions while producing a type of single malt that hasn’t been done before. Does it still maintain the integrity of single malt Scotch whisky?

In fact, it exceeds expectations. Floral and fruit notes describe the nose as if you were sticking your head in a bag of fruity candy. On the palate are flavors of chocolate and caramel with only very subtle hints of oak and smoke before a quick finish. All in all, it makes for a versatile, all-purpose single malt whisky. In that way, it more closely resembles Speyside styles of whisky in its lightness and sweetness. Yet Brenne isn’t so light that a whisky aficionado can’t appreciate it.

Brenne is drinkable as is, even without the addition of ice or water. Allison recommends it for both the novice and expert. She says that “the novice can appreciate Brenne because of its approachability while the whisky aficionado can appreciate Brenne because of its extreme uniqueness in a category all its own.” However, its lightness and approachability also makes it a robust alternative in cocktails. Because of its cognac influences, Brenne can be a substitute for cognac in a French 75. Or, for a new take on an old cocktail, substitute Brenne for rye in a Sazerac.