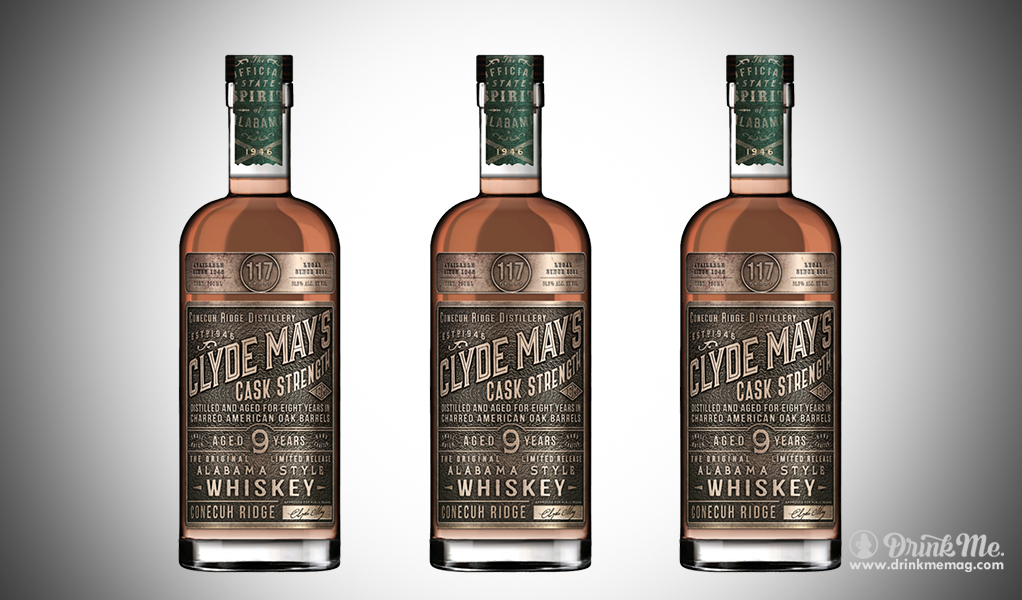 Over 70 years ago, Clyde May brewed his first batch of whiskey illegally. He went to federal prison for eight months for his crime, but that wasn’t enough to put a damper on his passion, and he set up a new still the day he was released. A true craftsman, he aged his small batch moonshine in oak charred barrels and added over-dried apples to create a unique Alabama Style whiskey that is now the official spirit of Alabama.

In June, Clyde May’s Whiskey announced the release of a limited edition 9-Year Cask Strength Whiskey. It’s strong at 117-proof, but the Alabama style with hints of green apple and cinnamon rounds out the flavors and creates a smooth finish. Last year’s version sold out in months, so find this whiskey fast for a taste of Alabama history.