From Plant To Bottle, Find Out How Traditional Tequila Is Made 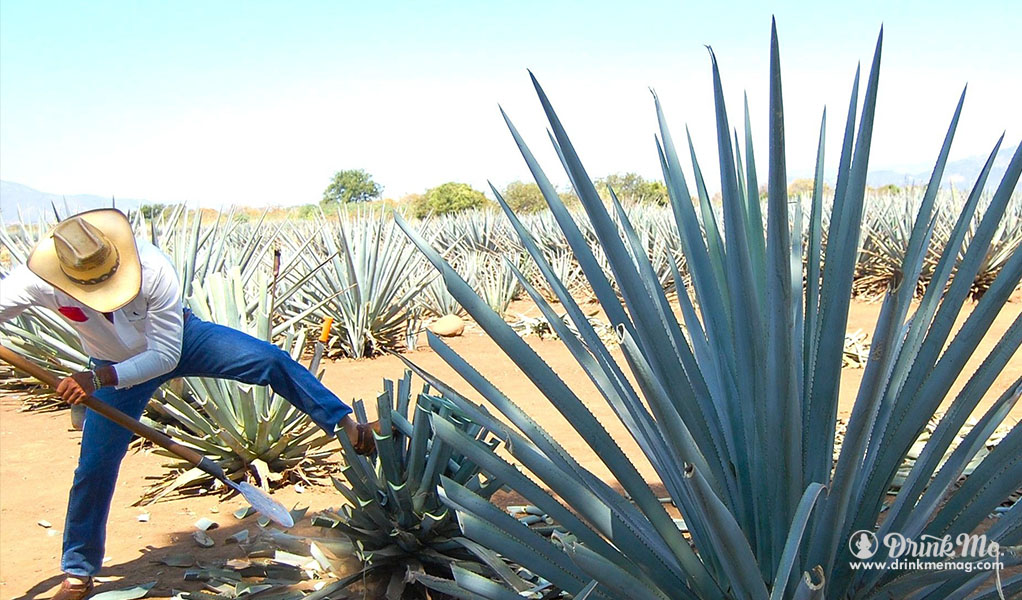 Tequila drinkers are largely unaware of the labor and history that goes into every bottle. From the men who tend and harvest the maguey with techniques untouched by modern agriculture, to hand painted ceramic bottles, Tequila is steeped in Mexican tradition.

First, the hijuelos, shoots carefully plucked from the base of mother agaves, are planted by hand. As the hijuelos mature they are meticulously trimmed. It is not uncommon to find three generations of jimadores (from jima, the Nahuatl word for harvest)working side by side, inspecting the agaves for pests; barbering leaves to fatten the heart of the agave, the piña; or removing the quiote, the large flowering stalk that would rob the agave of energy.

Quiotes begin to develop during the fifth or sixth year of the plants life. When they are sufficiently ripe – for Herradura Tequila it’s no earlier than 10 years – the agaves are harvested using a coa, a flat razor-sharp blade on a long pole. A skilled jimador can remove the leaves from the piña in just a few strikes and harvest two tons of piñas in a day’s work.

One variety of agave is used to make tequila: the Agave tequilana, or agave azul. The plant is grown on the volcanic highlands and fertile valleys near the town of Tequila, Jalisco in Mexico and in a few other states.Based on its hearty constitution and superior production of aguamiel, the sweet sap fermented and distilled to make tequila, the agave azul was selected in the late 19th century to be the only varietal used in tequila production.

Around this same time, the fabricas (factories)in and near Tequila also petitioned the Mexican government to use the city’s name to delineate their product from the other mezcals. A boom in production and a limited supply of wood fueled this differentiation. Steam-powered above-ground ovens, called hornos, were used instead of traditional fire roasting.

The piñas cook in these ovens for up to 72 hours. The slow cooking process breaks down the fruits’ carbohydrates into fermentable sugars. While brands have moved to more sterile and efficient cooking methods, some still use original stone and brick ovens not too different than those of the first fabricas. This is the process that leads to the highland minerality of 7 Leguas’ reposado and the slight smoke of Fortaleza.

After the piñas are sufficiently cooked, the softened fruit cools and is then macerated to extract the juice from the fibrous pulp. Adhering again to age-old traditions, 7 Leguas and Fortaleza use a tahona, a two-ton wheel-shaped stone pulled around a cobblestone-lined pit filled with the cooked piñas, mashing them into mosto, the must or wort. The must is fermented in large wooden or stainless tanks. Some smaller producers, like the La Alteña Distillery that produces Excellia and El Tapatio, still employ batidores who climb into the fermenting tanks and mix the solid and liquid components by hand.

Then the must is distilled. Craft tequila makers still opt for smaller pot stills. The first distillation from a pot still results in a low-proof liquid called ordinario, a far cry from tequila. The ordinario is distilled again resulting in true tequila. Casa Noble distills their organic tequila a third time.

Once the tequila has aged, smaller factories often bottle Tequila by hand and sometimes in artisan bottles. Every bottle is stamped with a Norma Ofical Mexicana (NOM) number that identifies the distillery in which it was produced, ensuring quality and adherence to Tequila Regulatory Council guidelines. The truest tequilas, those without adulterating sugars and artificial colors, earn the label of “100% Blue Agave.” From hand-planted shoot to handmade bottle, craft tequila is touched by a multitude of Mexican artisans who take pride in the production of their national spirit.

So as you pour your next glass of aged tequila, take a moment to think of the women applying labels with flour and water paste, the jimador and the centuries of knowledge passed down from generation to generation, and the years it took to grow and harvest the agave piñas; offer them a generous ¡Salud!

About the Author John Flores

John Flores is a would-be scientist turned craft bartender, photographer, burgeoning gourmand and contributing author at DrinkMe magazine. A jack of many trades, John has been dubbed The Hungry Mongrel—a voracious mutt of many disciplines. He can be found eating and drinking his way through Oakland, California, on a teal Peugeot named Pascal.

Next post Infograph: Everything You Need To Know About London’s Craft Beer Pubs