Getting Wild: Join Us As We Explore The Pays d’Oc 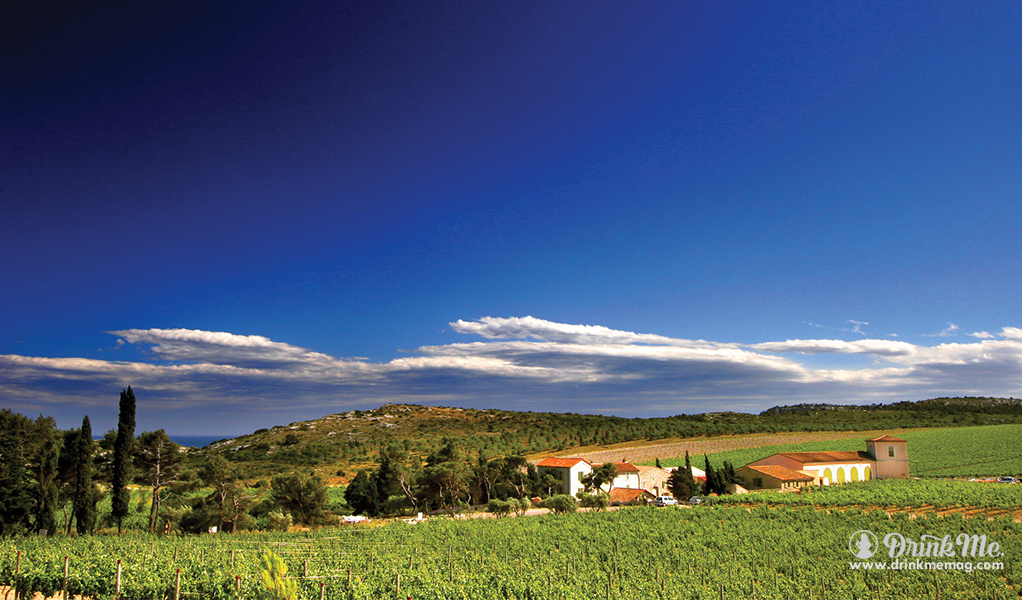 The mountain-sized rugby masters from RC Toulonnais would not take no for an answer, but I wasn’t about to give in, despite the fact that they were approximately twice my size and, well, professional rugby players. It was well after midnight, I had a wakeup call in a little more than three hours in order to make it to the airport in Montpellier, and they were insisting that the publisher of this magazine and I drink with them. This, after all, was their home turf–the bar at l’Art de Vivre, the excellent restaurant at Gerard Bertrand’s Chateau l’Hospitalet–and saying no was proving to be difficult.

Ultimately, we settled on snifters of Calvados and Get 27, the mint-flavored digestif that even its most ardent fans will tell you is made from a combination of menthol and jet-fuel, and spent the next hour slurping and swirling with some of the finest athletes in the country.

This, indeed, is not the France that most folks imagine when talk turns to the legendary and evocative South of the country, or the Pays d’Oc. But moments like this, removed from wine though they may be, embody exactly what makes it such a standout in a nation with no shortage of world-class growing regions.

This is the Wild West of the French wine world. And it’s utterly spectacular.

Most of the French wine firmament is built on the historical varietal and bending precedents established during centuries (or more) of grape growing and winemaking. As a result, place-names often stand-in for what’s actually in the bottle.

St.-Julien? Cabernet sauvignon-based blends among the greatest on the planet.

But the Pays d’Oc is different. A quick flight from Paris to Montpellier and then on to some of the most breathtaking drives in Europe, this is a region that benefits from both the shimmering Mediterranean–the 200 kilometers of beaches attract plenty of non-wine-focused tourists–and the winds that sweep in and often whip around the mountains. The Languedoc-Roussillon, with its astounding 320 days of sunshine each year and blessedly disease-resistant soils, produces more wine than any other IGP (region deemed a protected origin) in France. Ninety-two percent of the country’s varietal wines (a mind-boggling 56 grapes are permitted) are produced in the Pays d’Oc, and it proudly stands sentinel as the leading exporter of French wine by volume. In other words, every second 27 bottles of Pays d’Oc IGP wines are sold around the world.

Despite all this volume, however, the ambitious, visionary producers in this part of France craft wines with real integrity and expressiveness, bottlings that speak to both the grape varieties themselves as well as their unique terroir.

In most of the wine world, consumers commonly believe that high-production volumes equates with juice that lacks place and personality. But look deeper into the art behind how the Pays d’Oc achieves its stunning numbers, and you’ll discover how swiftly this generalization fails.

This, after all, is a sweeping region that stretches from the Mediterranean to the Pyrenees Mountains. It encompasses a huge range of micro-climates, terroirs, and geological phenomena in between. So just as the Pays d’Oc as a whole is vast, so too are there seemingly infinite opportunities for grape-growers and winemakers to coax a unique expressiveness from each parcel of land.

The result is an astounding range of possible matches between terroirs and different grape varieties and clones. So, among those 56 permitted grape varieties in the Pays d’Oc, each one holds the potential for myriad expressions depending on whether the soil is rocky or calcarious, exposed to ocean winds or isolated by the mountains, or any of a thousand other large and small environmental fluctuations.

All of this natural potential, of course, would come to little were it not for the vision and dedication of producers both large and small. And indeed, from large producers like Paul Mas (responsible for 1.5 million cases of wine each year, 85% of which are Pays d’Oc IGP) to relatively smaller operations like Domaine Gayda (50,000 cases, all Pays d’Oc IGP), there is high quality to be found throughout the region, and at all price points.

Some grape varieties, of course, tend to show more consistently than others. Carignan, Grenache, Syrah, and Viognier, for example, constantly impress. But there are also standout bottlings of everything from Pinot Noir and Chardonnay to Sauvignon Blanc, as well. Success in the Pays d’Oc, it seems, is largely determined by how carefully and thoughtfully the right grapes are paired with the right land.

Stylistically, this is also a region of multitudes. Fans of a crisper style will certainly find themselves drinking very well here: Among the more indigenous reds especially, there is an often brambly, spicy character that sings through the wines lightly exposed to oak. But lovers of an oakier style will also discover plenty to enjoy: With the ample sunshine and often near-perfect growing conditions, there is enough inherent power in many of the wines to stand up to a more aggressive hand in the barrel room.

The Pays d’Oc, then, is an intensely exciting and ever more important part of the French wine world. It’s winemaking history traces its root back thousands of years, but is determinedly forward-thinking. The top producers, no matter how much or how little wine they make, possess both a deep respect for the land and a willingness to harness modern methods to coax the fullest expression from it.

And it’s a great place to visit: Friendly to tourists, generously studded with wineries that boast excellent facilities and restaurants, and getting around it is quite easy. And if, one night, you happen to run into a rugby team at the bar, my professional advice is don’t fight it, give in to the moment, and enjoy the experience. Just watch out for that Get 27. It hurts like heck in the morning.