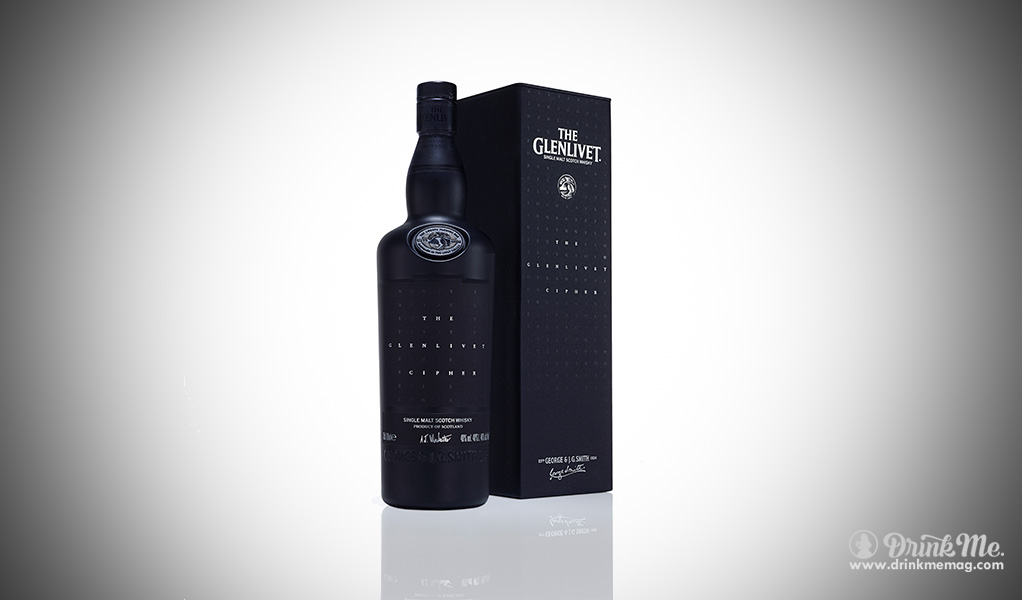 If the undated, opaque, solid black bottle of Glenlivet’s new Cipher Single Malt Scotch appears to be cloaked in mystery, that’s actually by design. Those who appreciate a challenge to their tastebuds’ prowess along with a fine whisky will embrace the interactive Scotch experience created by Glenlivet Master Distiller Alan Winchester.

With no cask information, aging length, or tasting notes revealed on the bottle, it’s up to the (hopefully) refined palate of the taster to identify six key aromas and flavors he or she believes to be most prevalent in the whisky. Challengers choose the flavors and aromas from a flavor wheel on the Cipher website, with a few subtle hints from video clues orchestrated to assist the taster through a blind whisky tasting experience which may be unfamiliar.

Tasters are scored on their whisky palate’s finesse by comparing their findings with the actual tasting notes compiled by Winchester. Glenlivet Brand Ambassador Ian Logan explained: “The Glenlivet Cipher is about trying to encourage consumers to take a step beyond what they’d normally do when they try a whisky.”

Think you’re up to the challenge of deciphering between apricot and pineapple or raisins and sultanas as you sip your Scotch? Any game involving a Glenlivet Single Malt Scotch is surely at least worth a try.

Next post Waterford's Mixology Collection Brings Color To The Party

Previous post Vondeling Is Conserving Biodiversity, One Grape At A Time