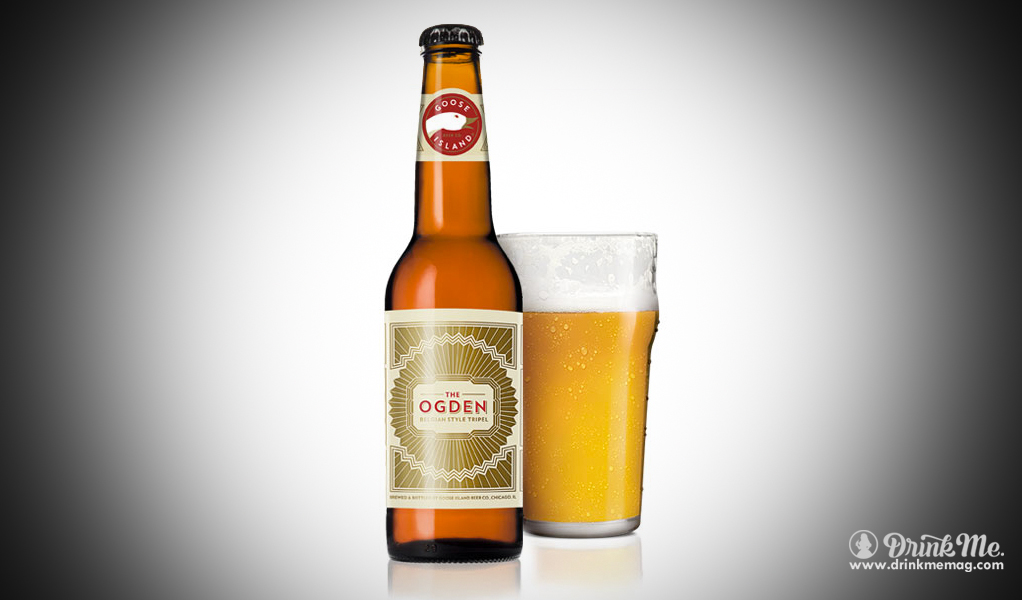 The second beer to be released in Goose Island Beer Co.’s limited edition Imperial Series, The Ogden is a unique, dry hopped, Belgian-style tripel beer available this month only. What makes this 9% ABV Belgian Style Tripel especially distinct is its hop contents- a bright, aromatic blend of Citra, Brewers Gold, and Saaz hops. The brewers at Goose Island decided to dry hop their Belgian-style tripel in order to balance spicy, tropical American hop fl­avors with the quintessential Belgian yeast character, giving it a bolder, more complex palate. At first sip you’re immediately torn between choosing sides to describe the beer, only to realize the masterful blend is better than selecting just one style. The result is a more pronounced hop presence than your traditional Belgian tripel, but in a complementary way rather than a show stealer. Its name pays homage to Chicago’s first mayor, William B. Ogden, who also opened the city’s first brewery. Look for The Ogden in 12 oz. bottle 4-packs throughout the month of May.