Where A Green Life and Gin Meet: a Love Story 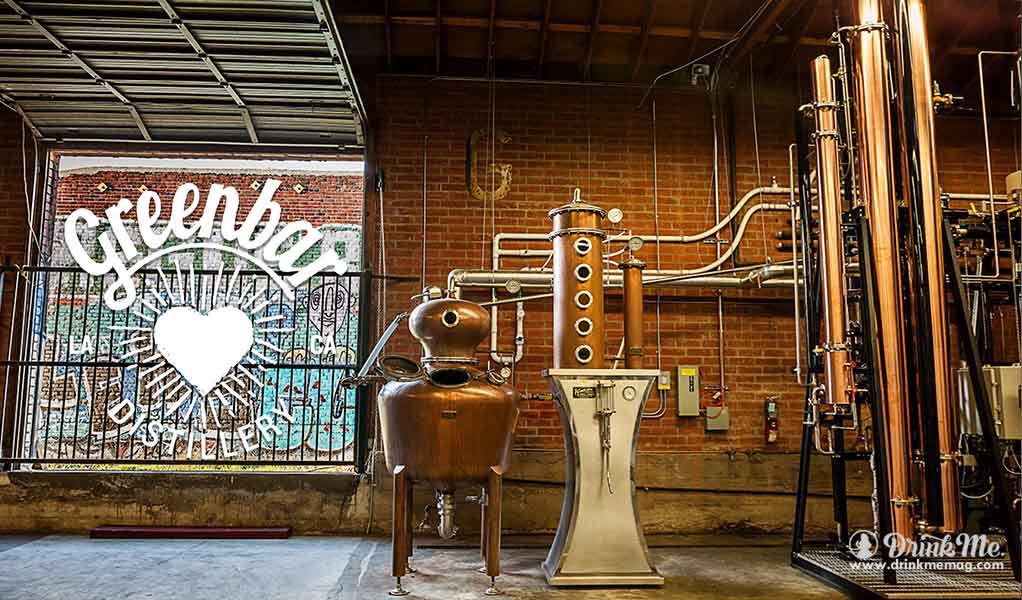 On the first day of graduate school, spilling your coffee in front of the lecture hall is really the last mistake you want to make. Fortunately, a young woman runs up to your rescue and your bright gazes lock. For a split second your entire future unfurls in front of your eyes while you soak up spilt coffee with a stack of wrinkled napkins, and a lifelong connection is born.

Though it might sound like the start to a Nicholas Sparks novel, that’s exactly what happened to Melkon Khosrovian and Litty Mathew, founders of Greenbar Distillery. Their relationship was complicated, with dozens of breakups and reunions before they both got their master’s from the University of Southern California’s journalism school and began their career paths in communications. Neither was satisfied, though, as Melkon itched to start his own business while Litty dreamed of experiencing life and writing a novel. Once again, they parted ways while Litty flew off to France for culinary school and Melkon started his own financial tech company. Their gravity was simply too strong, though, and even across the great pond they felt constantly drawn to one another. Finally, after some months, they reunited permanently in The City of Angels.

Years later, they chose to take their love of distilling and flavor to the next level by founding the Greenbar Distillery, LA’s first since Prohibition. Together, they set out to create vibrant spirits and liquor made from the best local organic ingredients they could get their hands on; in fact, Litty often visits local shops and markets to support burgeoning immigrant communities just like the ones in which she and Melkon were raised. There, she gathers flavor and spice combinations sure to inspire Greenbar Distillery’s next signature cocktail.

Greenbar Distillery isn’t satisfied with simply making the best spirits on the western coast and leaving it there. Litty and Melkon’s philosophy of One Bottle/One Tree mandates that with every bottle of Greenbar Distillery spirits sold, their partnership with Sustainable Harvest International ensures that one new tree is planted. They’ve already reached an astounding 640,000 trees planted since 2008, a stunning number that illustrates their dedication to keeping our earth healthy. Additionally, by supporting sustainable farming techniques, reducing packaging waste, and using certified organic ingredients, they succeed in protecting rural communities and healing the environment. Having a cocktail made with just two ounces of Greenbar spirits makes you carbon negative for the day!

As anticipated by local fans of the Greenbar Distillery brand, in mid-August they will release their CITY Bright gin, an accompaniment to their Renaissance throw-back CITY Amber gin. A dry gin with strong juniper notes, CITY Bright stands out from the crowd with striking flavors of Sichuan peppercorn and ancho chiles for a warming spice, followed by lingering notes of lemongrass, black cumin, and star anise, all rounding out this complex gin born from the flavor palates of Asia, Mexico, and the Middle East. This gin pairs exquisitely with citrus like lime and grapefruit, update the classic G&T, as well as open up a world of new cocktail possibilities with its unique profile. One sip of CITY Bright gin will transport you to the City of Angels and its vibrant food scene.