Join Us As We Explore The Californian Wonder: Greenbar Distillery 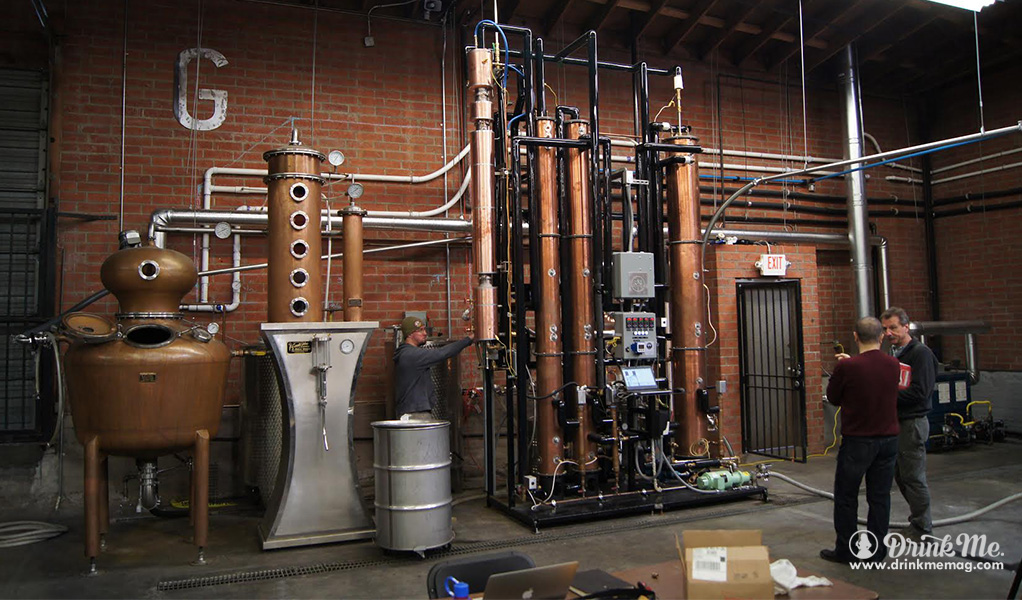 What comes to mind when you think of craft spirits in America? Probably Kentucky, for its bourbon and Tennessee for its whiskey. But where does California rank for you in craft spirits? Probably at the bottom of your list, along with a few other states who have prohibited the sale of tasting experiences and bottles at distilleries. That’s right, California, which many may consider one of America’s most progressive states, and has made a name for itself in beer and wine, hasn’t been so quick on the uptake when it comes to spirits.

Greenbar Distillery was born out of a rather awkward situation that we’ve all been a part of at one point or another. You’re out with your significant other’s family, in-laws, or dining with locals in another culture when they pass you a food or drink you’re unfamiliar with. It leaves a rather blunt taste in your mouth; something you don’t feel inclined to continue to drink, but out of respect, don’t want to offend your hosts, and therefore, concede to drinking.

This was the case with Litty, when she dined with Melkon’s family, who was Armenian, and predominantly drank strong fruit brandies that were central to Armenian culture, but spirits that didn’t quite measure up for Litty, who came from a background of drinking complex, flavorful wines. The solution? Make their own spirits based off what they each liked, something of fusion spirits, using spirits they found at local markets, and infusing them with their favorite ingredients. Melkon and Litty perused their local grocery stores and specialty markets to pick up spirits they liked and combine them with some of their favorite local produce and herbs. What resulted was a complex, flavorful spirit, like what Litty had come to enjoy and appreciate from drinking wine. They would then bring their own spirits that they had crafted at home to parties and family gatherings. However, when Litty and Melkon started getting daily phone calls from family and friends requesting their handmade spirits, it was time to either get a new number or start a business.

This year Litty and Melkon celebrate 10 years of the Greenbar Distillery, Los Angeles’ first and only post-prohibition distillery, which has grown to 14 spirits and several different liqueurs and bitters. While beginning as a conventional distillery, their transition to organic spirits began five years ago, as the rate of organic farming in California continued to grow rapidly. The estimated market value of certified organic products grew from an estimated $20 billion in 2001 to more than $46 billion in 2007. But more than just using organic ingredients, they wanted a distillery that left a small footprint, relying on eco-friendly practices, such as using lightweight glass bottles and avoiding the use of plastic during the bottling process. They even plant a tree for every bottle sold, which now totals over 300,000 trees.

But Greenbar Distillery, and California distilleries in general, haven’t been without their challenges. As I alluded to earlier, it’s no secret that California is predominantly known for its wine. California wineries are a destination in and of themselves. You visit the winery, have a tasting, and in most cases, take some bottles home with you or enjoy it on the vineyard’s properties. There are more than 500 wineries and wine tasting rooms in Northern California alone. Until recently, there weren’t any tasting rooms as tastings had been prohibited by state law since prohibition. Archaic as this may sound, this was due in part to liquor being the driving force behind prohibition, coupled with concern from lawmakers over oligopolies that would control the supply chain. There was concern that the spirits industry would be controlled by a small number of distilleries, leaving the smaller distilleries to fend for themselves. It’s for this reason, and others, that distilleries haven’t been an attraction in California.

However, that all changed on January 1, 2014, when California distilleries were then allowed to offer tastings to the public. For the first time ever, craft distilleries can now be open to the public the same way as a winery is. That was thanks in part to the newly formed California Artisanal Distillers Guild (with more than 35 distillery members), of which Melkon is on the board of directors. They proposed “Taste California,” which was a petition for California distilleries to operate public tasting rooms and shops, and to sell directly to consumers just like wineries and breweries do in California.

Just last year, Greenbar Distillery opened their first tasting room to the public inside their distillery in downtown Los Angeles, which will offer daily tastings of their unique, flavorful spirits, such as its organic aperitif, GRAND POPPY. A Californian take on European aperitives, the spirit features eschscholzia californica, a.k.a. California poppy, the official flower of California. What follows inside the bottle is a smorgasbord of flavors, including orange, lemon, grapefruit, bearberry, California bay leaf, pink peppercorn, dandelion, blessed thistle, burdock, rue, artichoke, gentian, geranium, cherry bark, and cane sugar. As Melkon describes it, “When you take a sip of a aperitif, like Campari, it tastes very European. But when people take a taste of GRAND POPPY, we want them to taste California.”

Distilleries like Greenbar can now administer tastings, but as Melkon tells me, they still have a long way to go. The tastings, by California law, are limited, as compared to California breweries and wineries. Guests are allowed to sample one-quarter ounce of up to six spirits, which adds up to a single shot.

“The future is bright,” Melkon tells me when I ask him what’s in store for Greenbar and distilling in general in California. He continues on, “When we started making spirits, there were 50 distilleries in America. There’s nearly that many in California alone now, and another several hundred around America.” California distilleries, like Greenbar, aren’t changing the world, but they are changing how people think of spirits.

I ask Melkon, “In a country where there are hundreds of distillers to compete with, what’s the point of craft distilling?” He very poignantly responds, “Because it’s a reflection of who we are. We try to deliver a product that’s radically different than every other spirit on the market, one that reflects the landscape and culture of California.” As I read the profiles of Greenbar’s spirits, many of which use ingredients that either only grow in California or grow best in California, it’s clear that Greenbar is doing just that, putting forth a product that’s a reflection of California. 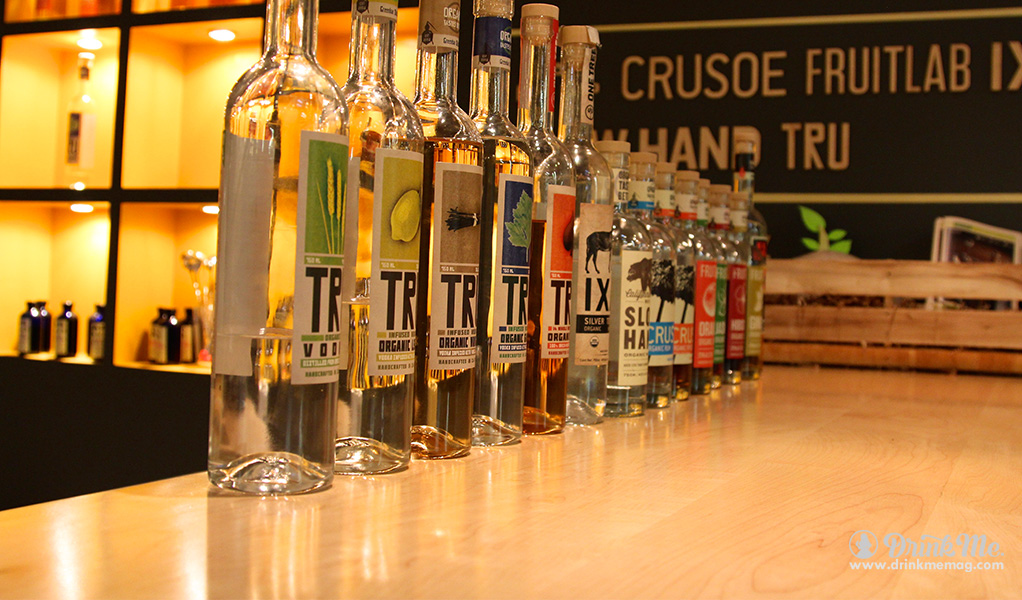 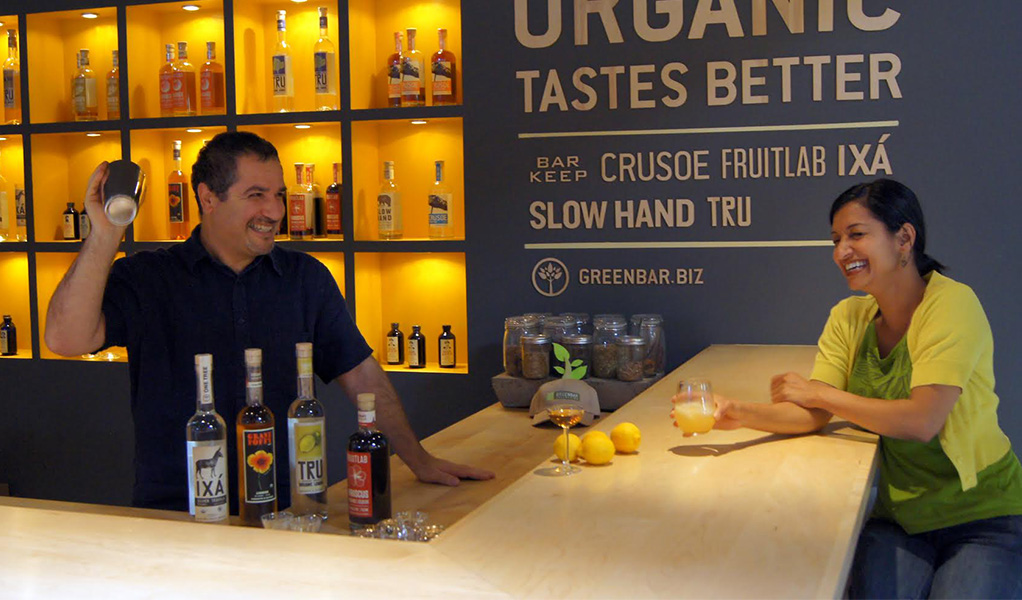