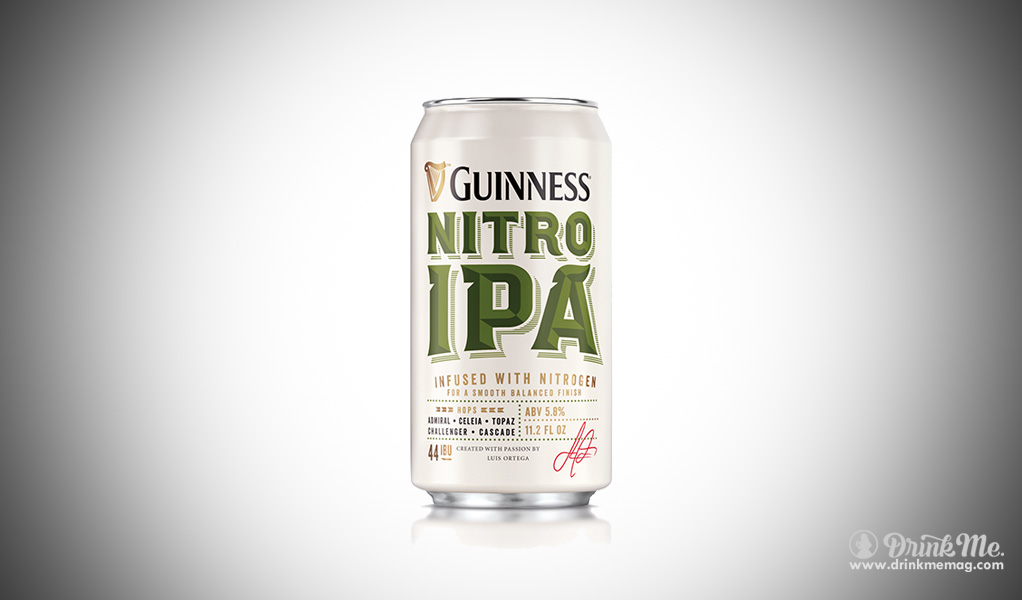 Beer powerhouse, Guinness, has a new unmistakably Guinness IPA release available stateside sure to make all IPA lovers and non-lovers alike scurry to the store to grab themselves a can to taste and savor. An outcome of the Brewer’s Project, an experimental side gig that allows the brewers to have a little creative fun, Nitro IPA is indeed a successful child of this project. Nitro sprouted as a way to celebrate the 200th anniversary of Arthur Guinness signing the lease on St. James’s Gate Brewery in 1959. The result is a nitrogenated stout brewed from Admiral, Celeia, Topaz, Challenger, and Cacade hops. They aimed to craft a typically hoppy IPA without the bitterness thus Nitro is smooth and balanced on the palate. Housed in a 12-ouce can, Nitro leaves plenty of room left for the famed Guinness nitro widget to enhance the pouring and drinking experience. Guinness’s experimental brainchild transformed into a successfully marketed beer for all to enjoy.