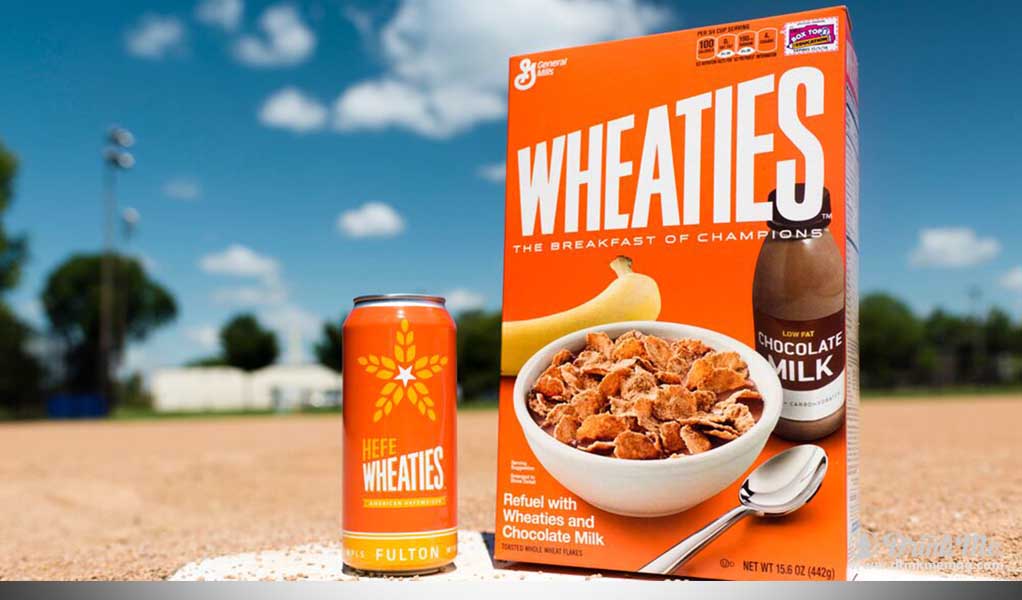 Yes, you heard me. Wheaties, the General Mills breakfast cereal that comes packaged in an iconic orange box featuring some of the world’s greatest sports legends, is now entering the craft brew scene.

In partnership with Minneapolis-based craft brewery Fulton, the Wheaties brand has developed a limited edition hefeweizen, which comes packaged in, appropriately, an orange can. No athletes grace this can though because, well, beer isn’t really a drink for athletes unless you’re counting beer pong as a sport.

The partnership between the General Mills brand and Fulton is intended to honor their shared Twin Cities roots. And sure, both beer and this cereal are made with wheat. However, this cobranding experiment seems like a misstep for Wheaties, which has built its reputation on delivering a healthy cereal that even serious athletes on a training diet could eat.

Beer lovers in the Twin Cities area, drink up… but not too quickly. You don’t want to erase this tasty beer from your memory in case the Wheaties brand tries too.