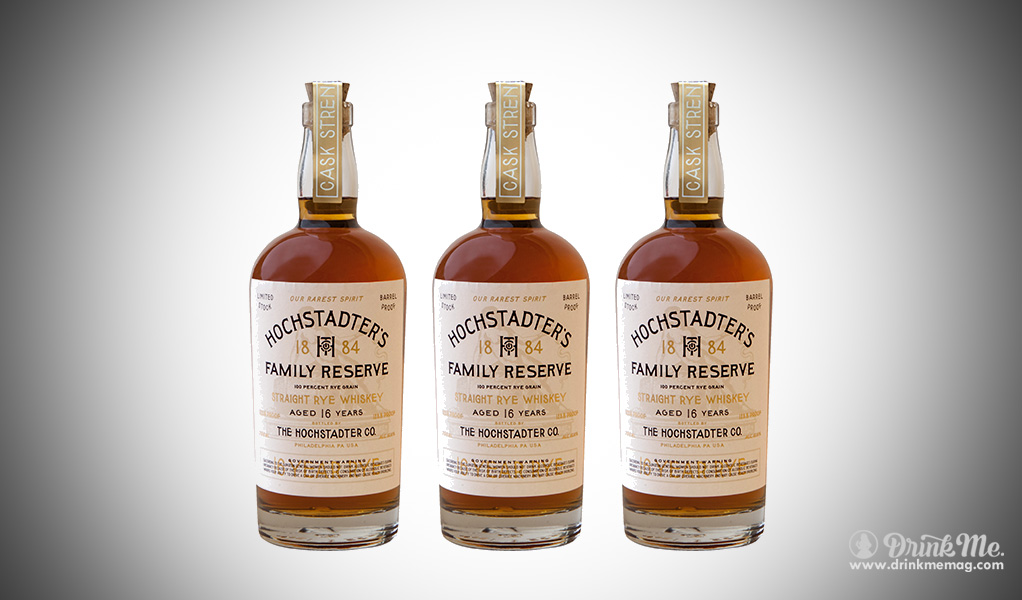 The Cooper Spirits Co. is based in Philadelphia and was established in 2006 by the late Robert J. Cooper. Cooper was a third-generation distiller and a producer of independent and innovative spirits. Cooper Spirits Co. was founded with the introduction of an artisanal French liqueur made with fresh elderwood blossoms called St-Germain. With one of the most influential cocktail components in decades, The Cooper Spirits Co. has created a large portfolio of artisanal spirits.

Hochstadter’s Family Reserve 16 Year Straight Rye Whiskey is their latest limited offering. Hochstadter’s was known for a range of spirits in 19th century New York. The company merged with the Cooper brand and was eventually discontinued in the late 1940’s. In 2013 Cooper Spirits resurrected the Hochstadter’s brand and founder, Robert J. Cooper, hand-selected the whiskey and barrels for the Family Reserve. Made from 100 percent farm-grown rye grain and aged in newly charred American oak barrels for 16 years. The rare offering is bottled at barrel proof and delivers an intense explosion of rye flavor. Only 7,500 bottles are available in this incredibly limited release. Be sure to get your hands on one and savor the vibrant, full-bodied rye flavor neat or over a large ice cube.

Next post Side By Side: Origin Series Volume Two