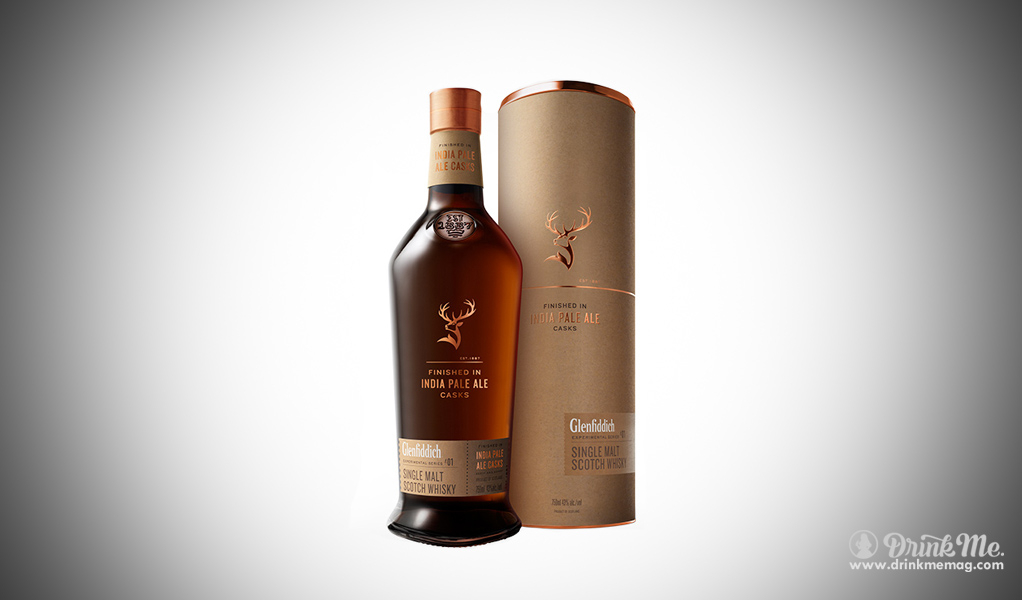 In 1886, with his seven sons and two daughters by his side, William Grant set out to fulfill a lifelong ambition to make the ‘best dram in the valley’. With the help of his family, he finally achieved his dream. Together they built the distillery with their bare hands, stone by stone. After a year, the distillery was ready and William named it Glenfiddich, Gaelic for Valley of the Deer. Today, Glenfiddich is one of the few single malt distilleries to remain entirely family owned and is now the World’s Most Awarded Single Malt Scotch Whisky.

Finished in bespoke craft India Pale Ale barrels, Glenfiddich India Pale Ale Cask Finished Whisky is the pioneering new malt that is filled with zesty citrus notes and the subtle tang of fresh hops. While the master distiller Brian Kinsman thought he had pioneered a new malt, his experiment had resulted in the first Single Malt Scotch Whisky ever finished in craft India Pale Ale casks.