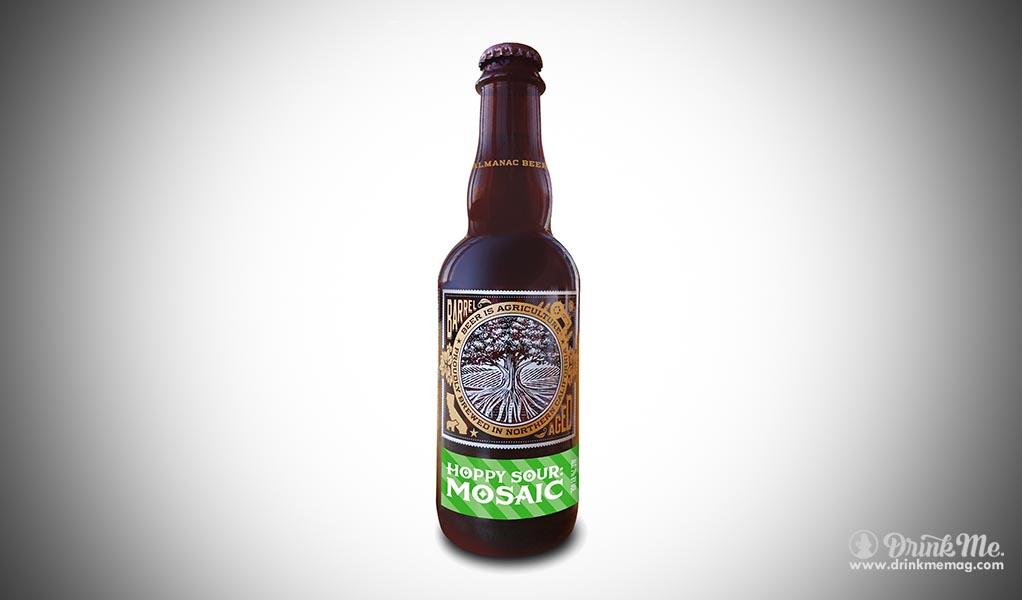 Brettanomyces: derived from the Greek for “British fungus”, it’s an acidogenic spore forming yeast from the family Saccharomycetaceae. In brewers’ vernacular “Brett”, along with the addition of lactic acid producing bacteria during the brewing process, is what makes a sour beer taste, well, sour. Largely regarded as an unwelcome invader with the notable exception of traditional Belgian brews like lambic and gueuze, Brettanomyces has seen quite the rebranding in recent years in regard to the rising popularity of craft sour ales.

San Francisco, ever the cutting edge epicurean, has been at the forefront of the nationwide sour craze and San Fran-based Almanac Brewing Company has been an industry leader in crafting innovative and finely crafted sours that are as delicious as they are creatively inspired.

Almanac’s layered and funky Hoppy Sour Mosaic creates an amalgamation of interesting and vibrant flavors that would seem to be disparate if they didn’t blend so seamlessly in this complex brew: mango and pine, dank earth and sour lemon, grapefruit and pronounced hops. The wine barrel-aged sour blonde ale’s inherent tartness is the core of Mosaic’s flavor profile as well as its distinct appeal. You’ll pucker, then you’ll smile. “Brett” is your new friend.