In The Life Of A Jack Daniel’s Barrel 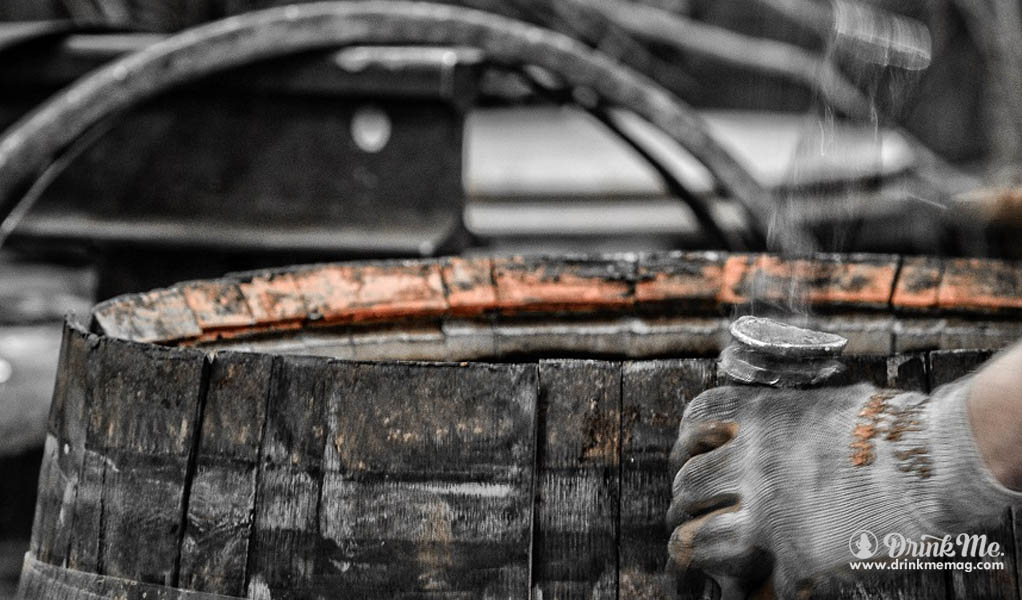 With the success and whiskey domination Jack Daniel’s has seen over the years, there has to be a secret buried somewhere along the processes. Most alcoholic beverages undergoing any sort of an aging process will see the inside of a barrel, so that is no mystery. But, what about the process of physically constructing the barrels or determining the right location for them within the barrelhouses? That, right there, is the heart of Jack Daniel’s whiskey.

Jack Daniel’s entrusts each of their barrels wholeheartedly to cradle the whiskey with care while it matures to perfection. The whiskey may spend months to years contained in its wooden chamber pulling out the barrel’s characteristics to mingle with its own. The two merged to forever leave an impact on the other and with that kind of commitment those barrels must be up to Jack Daniel’s standards.

American White Oak and meticulous American craftsmanship are the two staple materials. The barrels are fused together not by glue or nails, but rather the sheer pressure of the wood’s exact alignment. And, if we’re being exact here, 33 separate wood staves are pressed together, with no two the same size. Once formed, the barrel’s interior is toasted and charred to lure the wood’s natural sugars out and caramelize them. This process is specific to Jack Daniel’s and assists in giving their whisky its iconic flavors.

All this effort extended for one usage. Only freshly made barrels are permitted to house and mature the whisky. After their deed is done, they enjoy second careers with hot sauce makers, beer brewers, and Scotch whisky distillers who will continue to reuse them until their final days. Jack Daniel’s imprints their flavor on these products, which they think makes them just a tad bit better.

Next time you crack open that bottle of Jack, make sure to have a drink on behalf of the barrels for their endless dedication to the Jack Daniel’s taste.