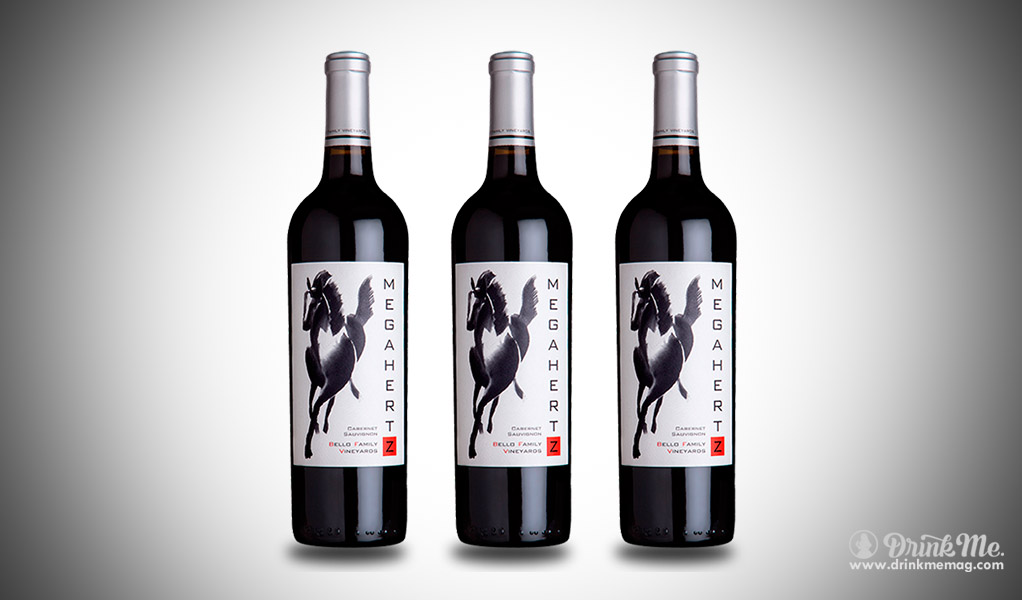 Michael Bello had two dreams: (1) produce premium Cabernet Sauvignon and (2) own a champion racehorse. Bello succeeded in both with just a year apart. First, in 2000, he purchased the land necessary to begin his winemaking journey under the Bello Family Vineyard name and second, in 2001, he claimed ownership of a 3-year-old Thoroughbred filly named Megahertz. With career earnings of over 2 million, including 14 first place finishes out of 34 total career starts, it’s no wonder Bello honored her legacy through wine.

Bello Family Vineyard’s 2014 Megahertz Cabernet Sauvignon was created from a year of drought. The merging of warm and dry weather caused the fruit to remain small and concentrated while also ripening quicker. The berry sized fruits burst with flavor. Similar to Bello’s very own champion, this wine took fruits from the most prized vineyard sites throughout California. Fresh cherry, dry thyme and toasted black peppercorn surround the nose, while black cherry and plum compote sit tenderly on the tongue. In the final stretch, balanced layers of firm tannins, semi-sweet chocolate and dark-roast espresso beans take the palate straight to the winner’s circle.

Previous post Salute To The King: 32 Years Old Union Of The Crowns