Industry Insider: To Tip, Or Not To Tip, And My Hamburger Is How Much? Part I 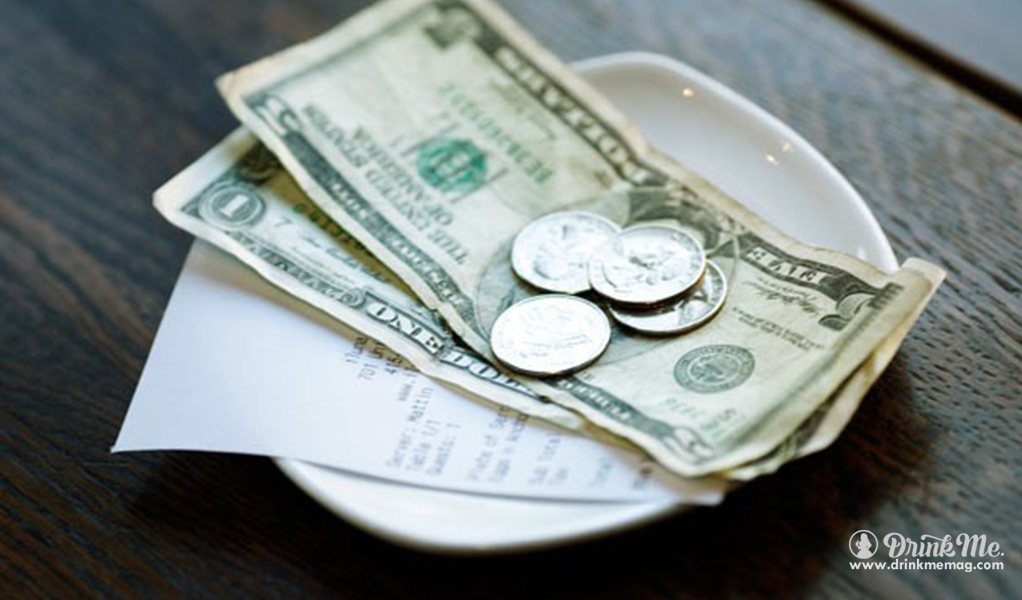 Has this happened to you? You’re scanning the menu at dinner, trying to decide what to eat, and you see that the restaurant is now adding a 20% service charge to every bill. No more tipping. Just 20% on the top, no matter how big or small your party is. What’s the deal? Everyone at the table has a different read on it. Your sister wishes they’d do this at the diner where she waits tables. The tips are terrible there. Your mom feels like there should be a way to reward excellent service. Your uncle is pissed that he can’t adjust the “gratuity” in relation to the server’s bra size and tolerance for sexual harassment. How’s a foodie supposed to feel? If you follow the discussion about tipping in the hospitality industry, either out of professional interest or because you enjoy watching slow-motion train wrecks, you’ve likely come across a range of opinions and ideas about restructuring the way that bars and restaurants pay employees. The positions vary from complete abolition of gratuities to an orthodox adherence to the system as it is currently configured. A new dimension has emerged, however, and what was once seen almost exclusively as a front-of-house issue is being talked about in ways that bring the back-of-house employees into the discussion as well.

Let’s flesh out the system as it stands. We’ll focus on restaurants and leave bars out for now since they by-and-large have fewer back-of-house employees, although thankfully for us this is changing. In a typical restaurant the staff is organized into two main groups: front-of-house (FOH) and back-of-house (BOH). FOH includes the customer interaction specialists: the hosts, servers, bussers, bartenders, barbacks, food runners and floor managers. BOH is comprised of the chef leadership, line cooks, prep cooks, dishwashers, and anyone else whose general area of expertise lies in the kitchen space and its satellites. In a good restaurant, everyone on both sides of the expedite counter (where the orders come out of the kitchen) is working hard to get hot food and cold drink to the table. Every employee must do their part if the restaurant is to provide guests with a superlative hospitality experience. In the current debate around the cultural practice of tipping, the BOH staff has sometimes been portrayed as victims of an unfair, unjust system of patronage. BOH staff and their advocates often think the amount of money earned by FOH staff is disproportionate to their own wages. Frequently it’s true that FOH makes significantly more than BOH. It isn’t true, however, in the sense that gravity is true. There is much opacity surrounding how the business model of a restaurant works.  It is the intent of this series of articles to clear it up in order to promote a more educated discussion about tipping, and how best to care for hospitality workers and guests alike.

To illustrate, let’s follow a plate of food as it travels through the dining experience. You walk into the restaurant and wait to be seated, chatting with the host for a moment. Your friends arrive and everyone says hello, hugs all around, etc. Once you’re seated, everyone places their order and waits for the meal. Usually your beverage arrives first, providing that first sip of your preferred liquid delight. While you and your table are relaxing, the kitchen is cooking and plating your orders in such a way that they’re set up to arrive at your table at the same time. This is no simple task, and the talent that resides in a good kitchen would make the best logistician blush with pride. After you’ve had some time to settle in, the plate of food arrives. A server sets your table and makes sure you have everything you need for your meal before leaving. A few minutes after you’ve begun eating, the server may stop by again to make sure everyone is enjoying their meal. Once everyone has finished eating, the server, or perhaps a busser, comes by and clears the table, removing anything from the table that is no longer necessary. Your used plate ends up in the dish pit where it is washed and sanitized (always feel free to send a $20 back to the dishwasher) as dessert arrives.  Or maybe you’re not having any dessert, so the check comes and you pay, exchange your goodbyes with friends and leave.

Restaurants make their money selling food and beverages. In the transaction detailed above, the check dropped at your table ostensibly should account for the cost of the experience of eating your plate of food, including the labor and material required to research, create, prepare, and cook it, and the training and acumen required to sell, deliver, maintain, clear, wash and sanitize it, etc. The plate of food is the product, and businesses make their margin by selling products at a profit. Sounds pretty simple, right?  Except that’s not how the current model works. BOH labor costs are built primarily into the cost of food. The majority of FOH labor is subsidized by the customer in the form of tips. The result is that the price listed on the menu doesn’t actually cover the total cost of your hamburger. The practice of tipping also pulls off a neat little trick where the total cost of the meal can be decided by the consumer. Was your service poor? A smaller tip equals a cheaper meal. Were the true cost of producing the plate of food to be built into the price, the end result would be a higher price point to the consumer. Relying on your customers to pay the labor costs of your FOH employees sounds like a pretty good deal for a restaurant owner, doesn’t it? And in many states, FOH staff is exempt from minimum wage requirements, so restaurant owners can pay servers something like $2.13 per hour. Of course, this also means that FOH staff is completely dependent on tips for their income. 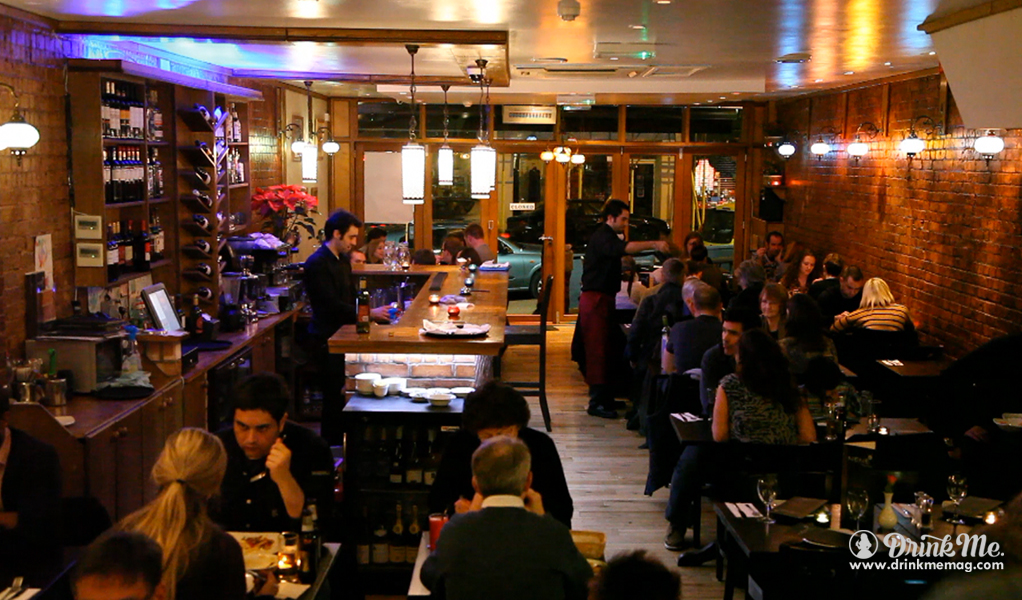 In the actual world of restaurant work, “gratuities” are anything but optional. They have become a de facto service charge, although the lay public can be forgiven for still seeing them as a token of appreciation for services rendered. Most of the time, at least in the market in which I work — trendy, upscale restaurants and craft cocktail bars — tips are healthy and service is good. The San Francisco Bay Area is home to an educated, and for the most part, compassionate dining public. The pay differential between your average BOH and FOH employee can be quite substantial though, with an understandably ill effect on relations between the two camps. Should BOH be paid more for their time? In many cases, the answer is a resounding yes. Is FOH overpaid for theirs? Perhaps no. The problem is in the aforementioned disconnect between the price of the plate to the customer and the cost to produce it within the context of a dining experience. So how does this disconnect affect the practice of tipping and the FOH staff who rely on tips for their wages?

In a common version of a tipless model, a 20% service charge is added to the cost of the meal to cover the previously subsidized FOH labor costs. This is not an optional charge and is added to preclude the need for any “gratuity” to be left to the server. Customers seem to balk at this one, still being under the impression that tips are strictly bound to quality of service received, but there’s something much more undemocratic going on here than just removing the tipping power from the consumer’s purview. Think about it. In the traditional system, FOH employees control their revenue by receiving tips in some form or fashion. A server picks up a $10 tip from the table and holds on to it throughout her shift. She might have to surrender a portion of it to tip out the bartender or the kitchen, but she does that on her own. Then she leaves, taking her remaining $7 to the bar down the street, where she drinks away the memory of your uncle’s creepy stare. Point being that the people who earn the money also manage the money. In a model with a 20% service charge tacked onto a bill, that revenue stream formerly called tips is now wholly diverted to the restaurant ownership, with no guarantee, or even precedent for how that revenue stream is managed and distributed to the workers. And incidentally, that is precisely how BOH employees are paid as well. So if BOH employees are often underpaid (in many instances they are drastically underpaid; see: “resume builder”) it begs the question, who’s responsible for this system of underpayment? Will FOH employees be underpaid, too?

If the costs associated with making a product are not accurately represented in the price of a product, the flaw lies in the ethos and mathematics used to derive that cost. As it turns out, relying on your customers to subsidize your labor costs works out pretty well for reducing operating costs and offering a product with an artificially low price point. The 20% service charge, in this light, can be seen as a power grab whereby an existing revenue stream (controlled by FOH staff) is seized wholesale by the structural powers-that-be, and utilized to raise profits and quell dissent from the BOH. But let’s not forget that this is the very same dissent those structural powers created by underpaying BOH employees in the first place. In textbook divide-and-conquer strategy, FOH employees are often held up as being the source of the income disparity, with predictable results in furthering make-believe divisions between FOH and BOH personnel. It is important to say here that not all owners behave this way, and the problem is structural in nature, much deeper than any one class of employees or operators.  The practice of tipping as it is currently constructed has grown into a system without any clear intuition or management, and both BOH and FOH have a shared interest in designing a system that rewards employees on both sides of the counter. The two camps must work together with ownership to achieve income parity.

Coming soon: PART II –  TIPPING IS NOT A CITY IN CHINA AND OTHER PROBLEMATICS

Should tipping be abolished on its on own account because it has been proven to be racist, sexist, and discriminatory? In part two we dive into the depths of utopian thinking about a world without tips, and how you just might be able to keep eating and drinking in the style to which you are accustomed without reinforcing inequality in the industry.

About the Author Alfie Turnshek

I am a bay area native steeped in the love of fresh ingredients and all things food and drink. We do that cocktail thing at The New Easy in Oakland, seven days a week. Come see us if you’re in town.

Next post In the Grip of a Cider Press