Warm Up With Winter Sangria 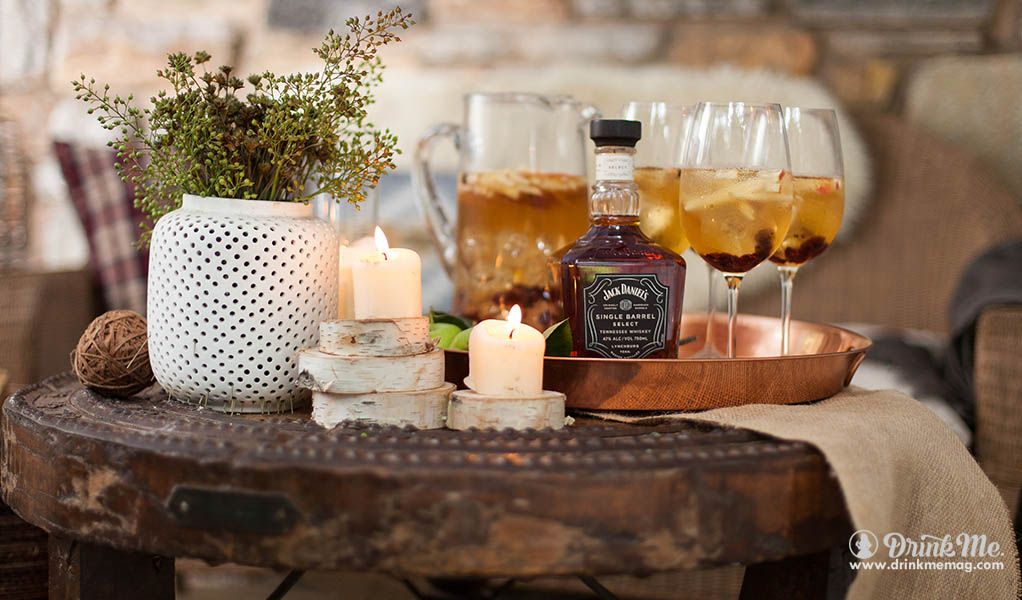 Jack Daniel’s is an American Tennessee whiskey that was founded in 1866. Contrary to popular belief, Jack Daniel’s isn’t bourbon because the spirit goes through a charcoal mellowing process before maturation, which is forbidden by the rules of making bourbon. The whiskey drips through ten feet of tightly packed vats of homemade sugar maple charcoal, giving it a smooth, refined flavor. The recipe has remained unchanged since 1866.

Fall can be such a busy time of year, but you can still entertain by making a big batch of drinks and some easy appetizers to share with friends and family. Jack Daniels Single Barrel Select makes entertaining enjoyable with its smooth flavors of vanilla, toasted oak, and caramel. Mix with apple cider, sparkling wine, and crisp apple slices to make a fantastic fall sangria!

Mix sparkling apple cider, Jack Daniel’s Single Barrel Select, and thinly sliced apples in a pitcher
Pour into glass
Top off with sparkling wine and a pinch of pomegranate seeds
Serve and enjoy!