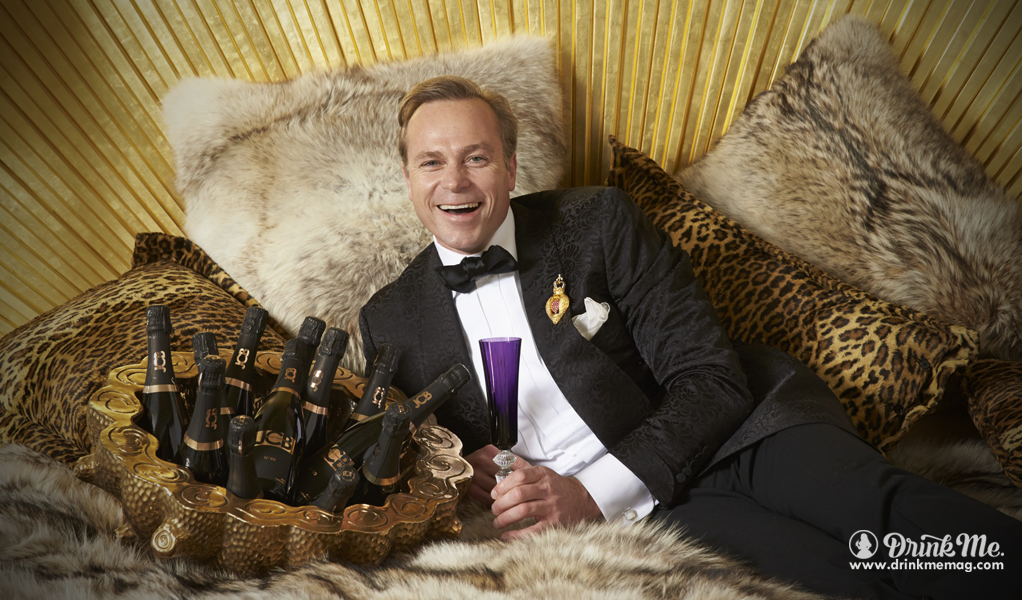 Pardon the exhausted cliche, but Jean Charles Boisset is the embodiment of the American dream. Coming into a modest French wine-producing operation at birth, he eventually became the president of one of the most important wine groups in the world; his career has traced the development of wine domestically and internationally. Drink Me Magazine’s Publisher and Executive Editor Cornelius Geary recently sat down with him to discuss his life, his wines, and his inspiration. Here is a condensed version.

Can you tell us a bit about your family’s history in the wine business in France and how it’s blossomed into the wild success it is today?

My parents fell in love in Burgundy at the age of seven. They started the winery in the family house. They imagined that Natalie, who is my sister four years older, and I, just being born, would inhale wine and hopefully continue what they started. My playground was the vineyard. I was born in that village of 176 people and have made wine since birth. Our parents got us into the business in a way that was so natural that I would never think to do anything else. I got a very early introduction into bio-dynamic farming as well. My grandmother was very much into plants and why birds come, why you have bees here, and why the soil is the way it is.

What were the early days of your family’s wine business like?

My parents laid the foundation, which allowed my sister and me to join the company 20 years ago. At that time the company was much smaller. We had the opportunity as a family to build it to what it is today. Thanks to my parents and grandparents, we visited the United States when I was 11 on a trip to discover what America is. What the American spirit is. Not for wine, for culture.

America was the dream, America was the aspiration, America was the place to go. I was born during what we called the 30 glorious years after the Marshall Plan, when America helped Europe and France specifically. Without the U.S., France would be nothing today. Nothing. In the American way of life, everything is possible. It’s dynamic, it’s fluid, it’s the pioneers, it’s the sense of going west, it’s the sense of discovery, it’s the sense that the stars are not high enough for us, that we will go beyond the stars. That was what we saw. In American comics, magazines, images, TV shows. The American way of life was everywhere. My dream in those days was to bring back the taste and the flavor profile of what that felt like. The chardonnay was a California chardonnay: Exoticism, fruit, opulence, and richness, but also finesse. I said to myself, we have to go back to the U.S. and make wine.

When your family first made the move to the U.S., what was the first milestone that you had?

I knew wine, but I didn’t study wine. I studied wine at home for all my life; it was part of my culture. But then my parents said, “If you want, you could do it.” Then obviously, Raymond moved us to Napa Valley. But, I think the big one, besides even Lockwood or Leith in Alexander Valley, was in Buena Vista. I will be long gone one day, and at night, I will hold hands in heaven or hell. Wherever we end up. Hopefully hell, it’s warmer but it’s more perverted. We will look back and say, “We were part of this dream of building the image of America around the world. And that’s why I’m very compelled with Buena Vista.

What is the key, then, to the success of all your wines?

The key is for us always to focus on three key areas. One, the incredible quality of each of those terroirs. Second, organic and bio-dynamic farming. Everything we do, pretty much thousands of acres at this stage, is farmed that way. Third, heritage and history. Though JCB is incorrigible and a little more irreverent. In a sense, that is more like the world of fashion. What I do is slightly different in JCB. I say ‘I’ but it’s us, all of us as a team, but ‘I’ as a final stylistic direction. I work with all our winemakers in the U.S. and in France. I create a collection like in the fashion world. I’m not necessarily talking about terroir; I’m talking about style. An emotion. A feeling. It’s not about this is two rows from the Clos Vougeout. It’s about what you feel about the wine.

So what else do you have lined up right now?

When we bought the lot for JCB my dream was to combine the exuberant flavor profile of California as a wine style with the earthiness and austerity and terroir of Burgundy. For years, we worked on blending the two wines. Gina and I actually worked on that together which is fun as a couple. In 2010 we finally had an amazing result blending three vineyards in the Cote de Nuits with five vineyards in the Russian River Valley. Blending vineyards from both regions elevates California, questions Burgundy, and brings the two together to create something very flamboyant and very unique. We called it Number Three and it was the first ever Franco-American wine. Why three? Because, as you often say in English, “One plus one equals three.” The sum of the parts is greater than its arithmetic. Plus, I have three amazing ladies. The twins, the two little girls, or ladies as I call them, and Gina. It’s all about the ladies. It’s all about the marriage.

There’s another component of your success that I see that you excel at: The American hustle.

I haven’t seen the movie yet but I need to…

Not that one. The ability to go out and really be a great salesman.

First and foremost, I love what I do. What wine represents, which is people. Emotion, culture, civilization, the sense of place. Conversation, politics, sex. All of this is wine. It’s like the reverse triangle: You start with wine and you expand. People here have the humility to say, “Tell me more. Teach me what I should feel. Tell me how I do feel. Tell me how I build my own vocabulary about wines.”  They have that phenomenal willingness to learn.