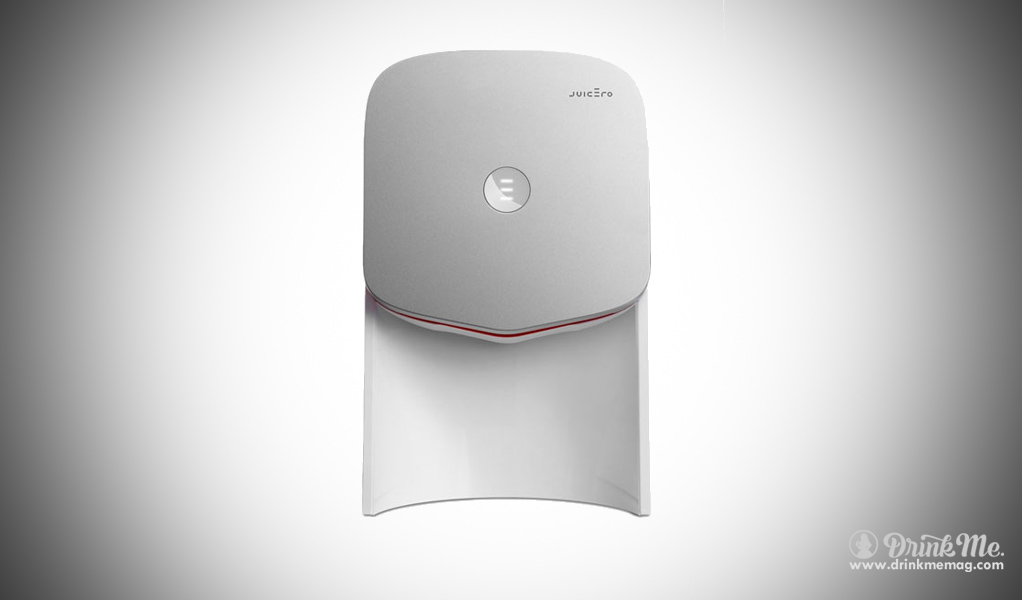 When your humble author was a wee toiling college student at the venerable institution of higher learning known as the University of Rhode Island, she had the fortune of being employed at a popular local breakfast café and juice bar in the quaint seaside town of Narragansett, Rhode Island. While she can’t say she doesn’t have fond recollections of her tenure at this bastion of gastronomic delights, the words “apple, pear, ginger, carrot, beet, celery” when uttered consecutively referring to a single beverage can still fill her heart with the utmost trepidation and anxiety.

Oh, if the Juicero Cold-press Juicer had existed in those early post-millenial New England weekend mornings. Instead of trying to keep the splattering beet and celery juices from mingling with my embittered tears I would have been carving elaborate produce garnishes in the time I saved, crafting intricate cilantro snowflakes and wisteria vines out of spinach leaves.

Not only does the Juicero require zero prep with its cunningly designed packs filled with 100% organic fruits and vegetables, it also requires zero cleanup, the merits of which my 19-year-old carrot-juice-drenched self would have been prepared to extrapolate at length. With flavors like the piquant “Spicy Greens” blending pineapple, spinach, celery, jalapeños, and lemon juice and the antioxidant-loaded “Carrot Beet” at the ready to cure a hangover or fuel a fierce workout, the Juicero creates fresh, healthy, juice-bar-quality beverages without the time-consuming preparation or mess. Overwhelmed juice-spattered undergrad not included—or required.

Next post Dear Mainland: A Liquid Aloha From Kona Brewing