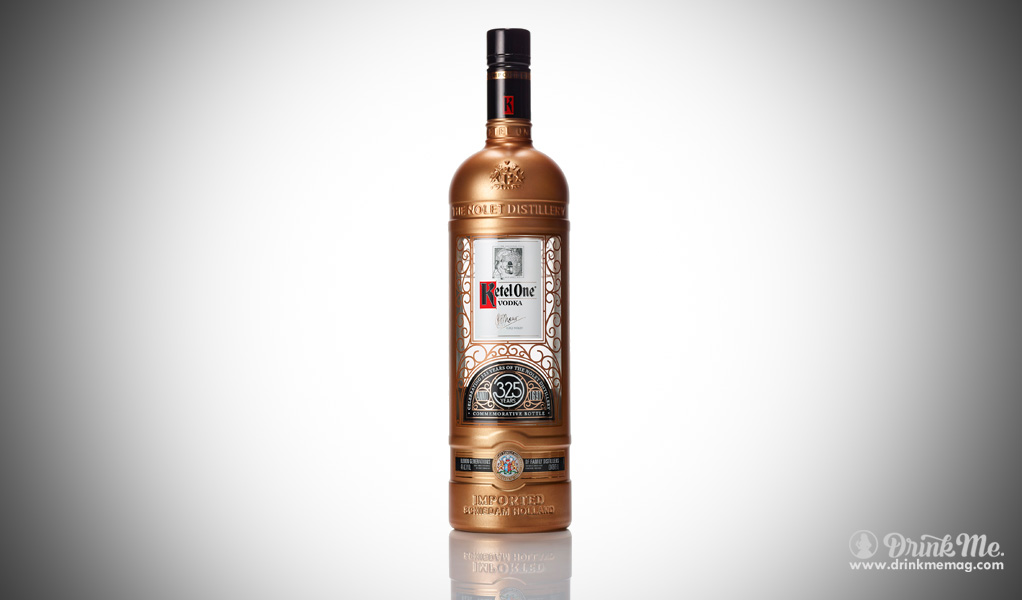 From father to son for 325 years (11 generations), the Nolet Family Distillery celebrates their 325th anniversary this holiday season. Noted for producing high quality spirits from Schiedam, Holland, the Nolet Family Distillery is home to the famed Ketel One Vodka. For those unaware, Ketel One fuses the old-world pot still craft and modern distilling techniques. European winter wheat is used to first create an ultra-wheat spirit. A portion of that spirit is then re-distilled in the traditional copper pot still then introduced to the rich and full-bodied master pot still batch—the exact cause from that Ketel One taste we all know and love.

Therefore, to celebrate their incredible legacy, they are releasing the limited edition, copper matte Ketel One bottle worldwide. Alongside the brightly tinted bottle, Ketel One Vodka national mixologist, Ricky Gomez, has developed the 325 Anniversary cocktail. This Dutch inspired drink utilized a flavor profile that compliments the rich flavors commonly present in traditional Dutch food and drinks such as coriander, cumin, and fennel infused tea. This cocktail isn’t just with the holiday in mind; enjoy year round tasting what the Nolet Family is all about.

Next post Expand Your Bitters Collection With This Bar Set

Previous post THIS Is How You Make Champagne Sabering Look Effortless