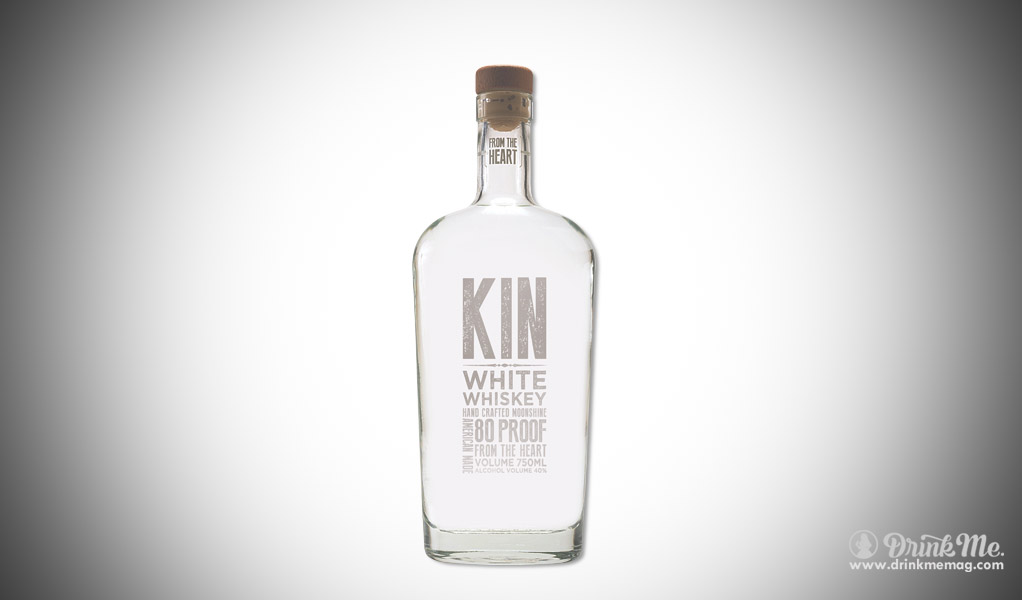 “We turn outlaws into legends and rule breakers into icons”. This is KIN White Whiskey ’s credo, and the company is certainly doing its part to bring moonshine out of the gutter and into the highball. Inspired by the iconic American moonshine heritage, this is a whiskey for the rebels of the world. The tattooed, the pierced, the motorcycle-astride, the free thinking out-of-the-boxers, this is the whiskey for you.

KIN’s founder, Bernard Lax, is a bit of a rebel himself, and his impetus to start producing his own version of moonshine was derived from a taste offered from a Georgian friend with a soft spot for Southern whiskey of, shall we say, questionable origins. Lax decided to craft a rule-breaking premium version that defied niche classification, a non barrel-aged white whiskey with a moonshine soul but the smoothness and easy-drinking attributes of a high end vodka.

It has the versatility of a quality vodka as well, easily shot, sipped, or mixed into a wide variety of deliciously rebellious cocktails. KIN White Whiskey  tosses preconceptions about American moonshine right out the window. Or off the back of the motorcycle.

Next post The Weirdest Ingredients You'll Ever See In A Beer