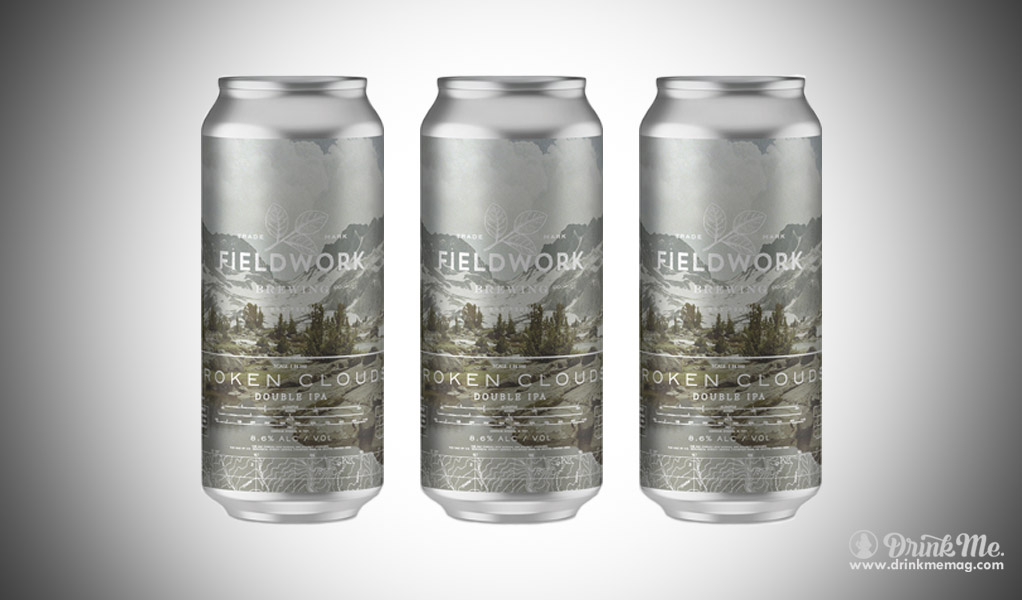 Fieldwork Brewing from Berkeley, California wants you to dive head first into their Broken Clouds Double IPA. Fieldwork has been unapologetic about their beers in the past, but they are really on Cloud 9 with this new release. Broken Clouds pours and looks like a traditional lager, but that’s where the comparison ends. The hop aroma is overwhelming in the best way possible, signaling to its drinker that they should strap in because they are about to break the glass ceiling on Double IPAs.

Fieldwork wanted to create a double that was immensely drinkable, and that tasted as good as it smelled, and it’s safe to say they really knocked it out of the park. Juicy and fruity, Broken Clouds clocks in as one of the crispest, and most refreshing doubles on the market. On the palate notes of pineapple and honeydew intertwine perfectly, and are layered with fruity finishes of the grape and star variety. The low bitterness is on the finish adds the perfect ending touch and Fieldwork brewing has us considering that maybe the sky isn’t the limit after all.