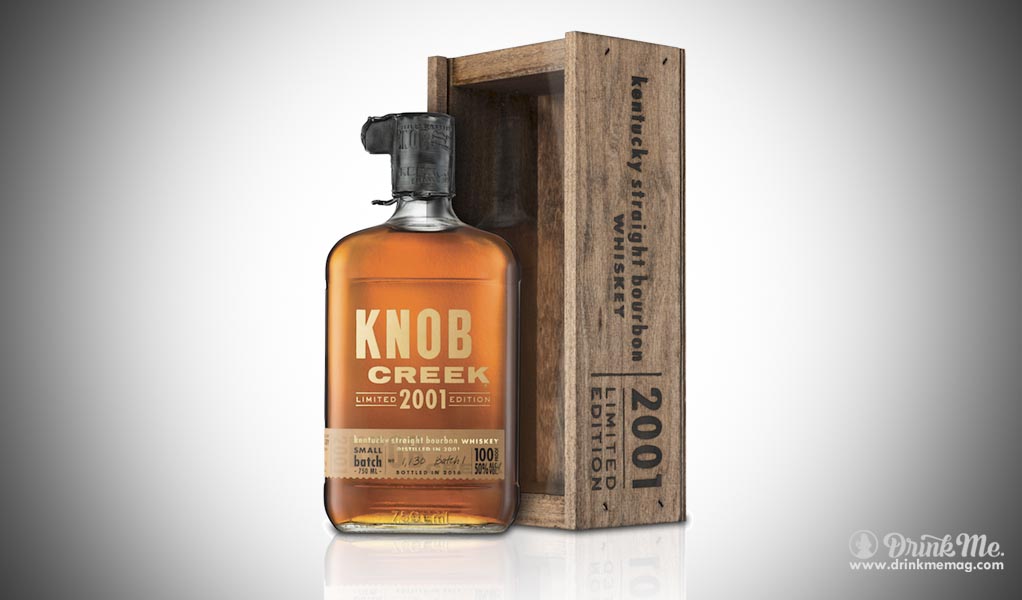 2001 was something of a pivotal year in the Knob Creek family. It was the year Booker Noe, the sixth generation Knob Creek Master Distiller laid down some of the final bottles of his career in the last few years of his life, passing the reigns to continue the family’s tapestried history in distilling fine bourbon to his son, Fred. Started by a father and finished by his son over 14 years later, Knob Creek 2001 Limited Edition Bourbon is not only the longest-aged expression by the distillery to date but also holds a certain sentimentality to Fred Noe.

In describing the concurrent releases of Knob Creek 2001 and Booker’s Rye and the way these two spirits uphold the high quality, small batch production methods his father held dear, Noe explains: “Now, all of these years later we’re excited to keep this tradition alive by giving our fans something really special with these two limited releases made from some of the last barrels Dad laid down. Dad knew exactly what he wanted when it came to making whiskey, and I know these releases would make him proud.”

Bottled in 3 batches ranging from sweet and vanilla-forward to oaky and tannic, Knob Creek 2001 offers something for whiskey connoisseurs with a range of preferences. Handsomely packaged in a commemorative wooden box, this bourbon would make a welcome gift for any bourbon aficionado. Including yourself.

Previous post Ways To Maintain A Good Lifestyle Without Debt