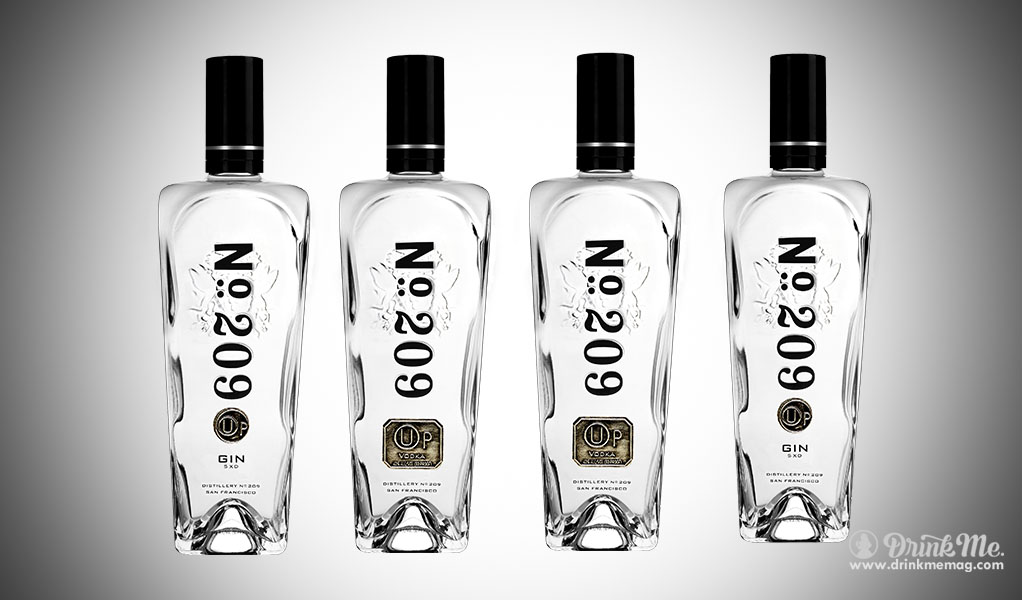 Kosher drinks are nothing new but Kosher-For-Passover is changing this holiday for observant Jewish individuals. In 2005, founder Leslie Rudd created No. 209 Gin and then several years later decided to create a modern spirit that could be enjoyed during Passover, hence, No. 209 Kosher-For-Passover Gin made a mark on the market, followed shortly by No. 209 Kosher-For-Passover Vodka. Today, Distillery No. 209 is the only distillery in the world to make a Kosher-for-Passsover gin and vodka. These spirits are created under the supervision of the Orthodox Union at the production facility – Pier 50 in San Francisco – to ensure that the recipe and practices stick to the kosher dietary laws.

The Gin is distilled five times using all natural botanicals from four continents including Bergamot Orange, Lemon Peel, Cassia Bark, Bay Leaf, Juniper Berries and Coriander Seeds. It has a marvelous citrus backbone with an herbal undertone due to the addition of the California bay leaves. The first notes of the palate are high in citrus and a sweetness that is very attributed to the sugarcane based spirit. Followed by savory flavors that evolve with bay leaf and juniper, the palate ends on a prominent note of spices through cassia and pepper. It has been described as being lush, mellow, silky, fragrant with a whisper of sweetness and unique in this world.

Now the Vodka is four times column-distilled that is filtered through activated charcoal made specifically for the production of the purest vodka, which is then combined snowmelt from Sierra Nevada Mountains. Now since kosher dietary laws prohibit consumption of spirits fermented from grains during Passover, you might wonder how this Vodka is made to allow to be consumed. No. 209 Kosher-For-Passover Vodka is crafted using a Passover certified sugarcane based spirit the result of which is a surprising sweetness across the palate and a dry, clean finish.

Next post Spell Pinot Noir: Wine With a Distinct Character