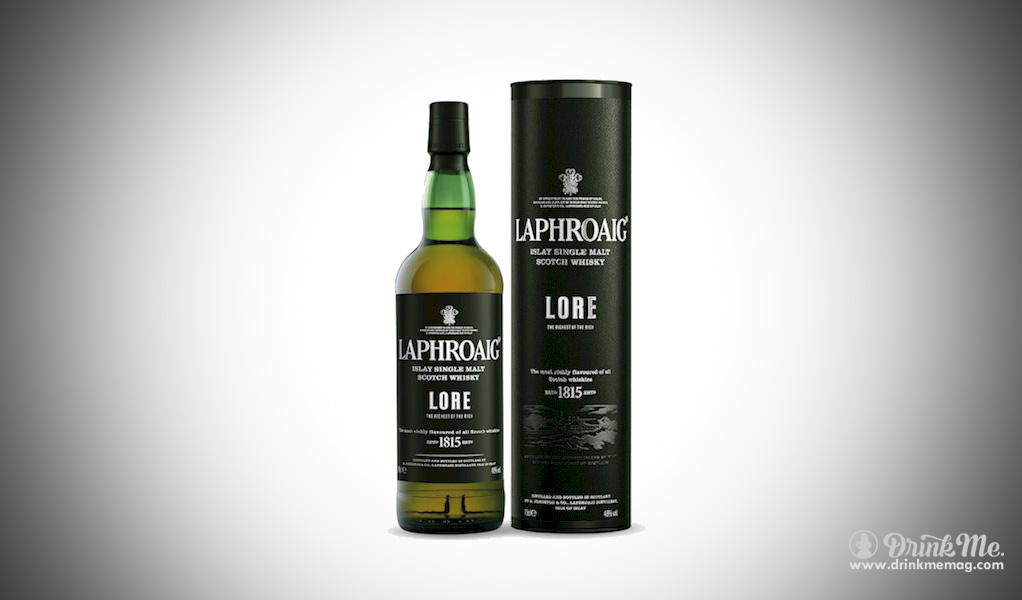 The word “lore” means a body of knowledge (particularly of a traditional nature) that is passed on from generation to generation, usually by mouth. In this case the lore is a tradition of craft whisky production that has passed from one group of master distillers to the next at Laphroaig over a period of more than 200 years. The result is an eminently drinkable story.

In a distillery known for producing the richest single malt in the world since 1815, Master Distiller and creator of Lore John Campbell calls this Islay single malt “the richest of the rich”. With a magical blend of coastal peat-saturated Laphroaig soils, production methods like the double maturation of stock to ensure optimum smoothness, and the finishing of the whisky in American oak to add even more peaty flavor as well as European oak to add depth, the completed single malt is rich indeed.
On the nose Lore is complex and smoky, with clear notes of bitter dark chocolate and chestnuts with a touch of ash. A swallow reveals layer after layer of rich smoky flavors, as varied and intricate as the tradition that created them. A story we could read again and again.