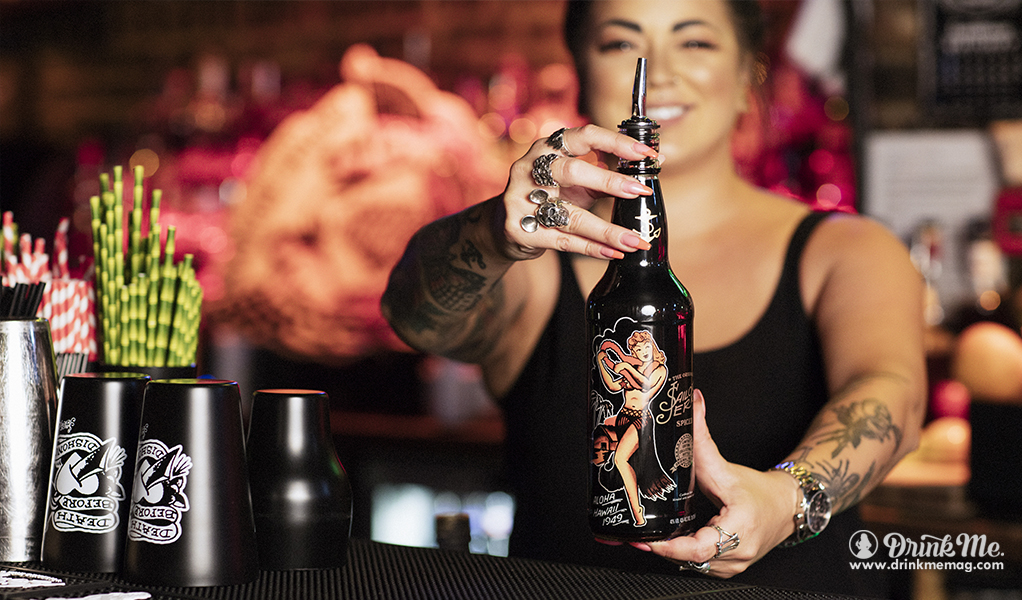 Recently, Sailor Jerry released a new limited edition bottle to honor the man, the legend, who started it all.  Two major events shaped Norman ‘Sailor Jerry’ Collins’ life.  First, at a young age he became a sort of protégé to a local tattoo legend, Gib ‘Tatts’ Thomas, who taught him everything he first knew.  And secondly, he joined the United States Navy, where he eventually settled in Hawaii.  During World War II, it was on Honolulu’s Hotel Street, a place reserved for bars and tattoo parlors, where Norman Collins became Sailor Jerry.  There, he was deeply influenced by Japanese tattooing practices, which helped him to develop his own radical and beautiful artistry.

Sailor Jerry’s, now owned by William Grant & Sons, an independent family-owned distiller, is not just about Rum: it is about history, tattoos, and above all, style.  What’s more is today, Ed Hardy and Mike Malone carry on Collins’ legacy.  The limited edition bottle features two of Sailor Jerry’s iconic designs: the Hula Girl and the Anchor.  Together, they respectively symbolize, honor and Hawaiian hospitality, as well as stability and the sea.  The new gloss-black bottle is best used when sipping from your favorite cocktails, like a “Jerry Loves Ginger” cocktail—original spiced rum with ginger beer and candied ginger, to garnish.  To quote the man himself: “You must understand the feeling of originating as opposed to imitating.” I guess that’s what makes whatever you choose to pour into Sailor Jerry’s limited edition, truly, lighting in in a bottle.