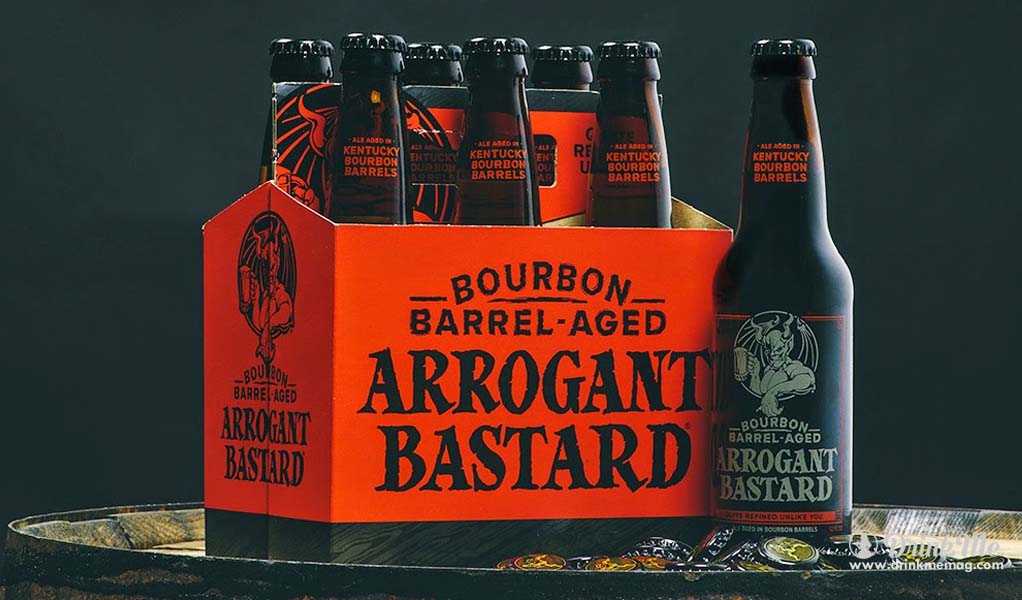 We all secretly love arrogance. It’s just a hop, skip and overlap of confidence, which we could all use a barrel of.  Enter Liquid Arrogance – Bourbon Barrel-Aged Arrogant Bastard. Cousin to Double Bastard Ale and Lucky Bustard Ale, Bourbon Barrel-Aged Arrogant Bastard delivers a cacophony of flavor and texture that comes from walking the thin line between brew-madness and brew-mastery. Arrogant Bastard, bears its name for a reason, assertiveness in beverages pays better than in reality TV. If this is the Bachelor of Beers, line up ladies, you will not be disappointed.

Stone Brewing Co. was founded by Greg Koch and Steve Wagner in 1996.  It is the ninth largest craft brewery in the United States. Stone Brewing has been called “All-time Top Brewery on Planet Earth” by Beer Advocate magazine. Known for their bold, unapologetic, hop-centric brews, they craft unique, artisanal beers while maintaining a commitment to sustainability and philanthropy.

Next post Infographic: Where To Find The Cheapest Beer in Europe & The UK

Previous post Strawberry Whisky Aims To Ace It This Summer