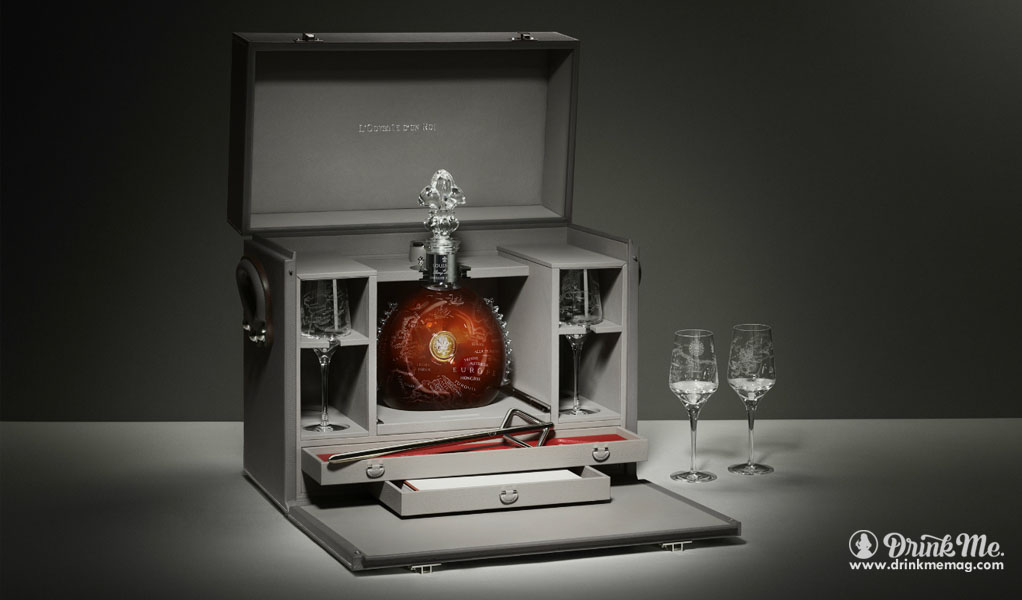 Louis XIII’s L’Odyssée d’un Roi Cognac is the product of an inspired collaboration amongst the revered Louis XIII Cognac house and three luxury French maisons—Hermès, Puiforcat, and Saint-Louis. Only three bottles will be released for auction, each one-of-a-kind masterpiece representing over 1000 hours of work by specialized artisans.

Hermès created the hand-stitched leather trunk custom-made to house the crystal cognac decanter—the trunk is designed to emulate the classic steamer trunks of the late eighteenth century and calls to mind a glamorous era in travel’s past. Legendary silversmiths from Maison Puiforcat forged and engraved the pipettes for the bottles from white gold, while the crystal for the decanters was mouth-blown and hand-cut by royal crystallerie Saint-Louis using laborious traditional methods.

The liquid contained within these spectacular decanters is a blend of up to 1200 aged Grande Champagne eaux-de-vie, the youngest of which is 40 years old. Louis XIII Master Blender Baptiste Loiseau describes the responsibility of the cognac equaling the exquisite decanters:

“The unique collaboration between Louis XIII, Hermès, Puiforcat, and Saint-Louis had to be represented by an exceptional blend, an assemblage of eaux-de-vie from Grande Champagne that are as rare as they are precious.”

The three bottles of L’Odyssée d’un Roi will be auctioned by Sotheby’s in September with all proceeds going to Martin Scorsese’s non-profit Film Foundation, the goal of which is to preserve and restore classic masterpieces of cinema.