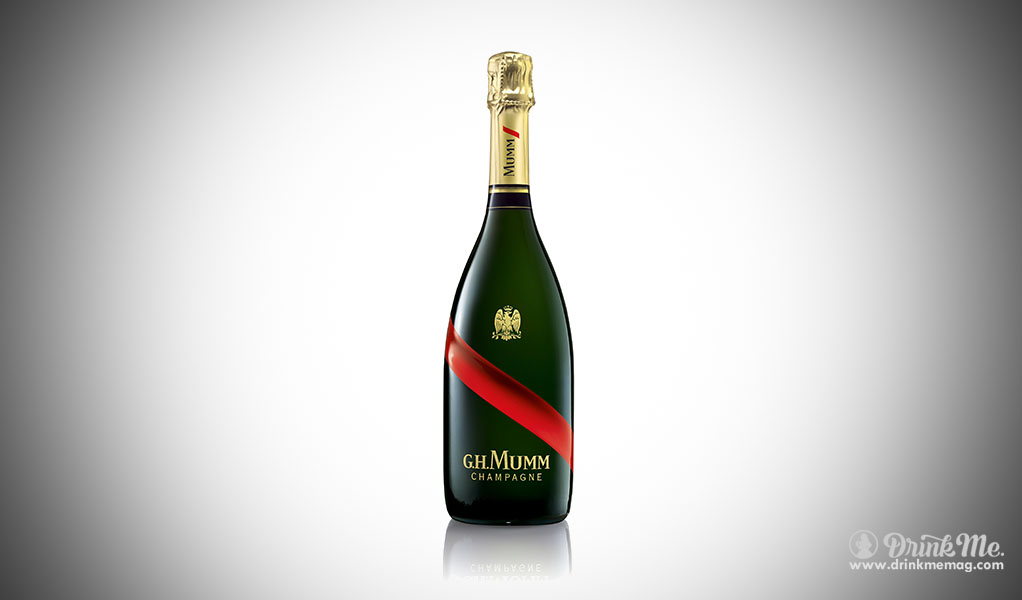 If I were seized with an absolutely irresistible compulsion to spray Champagne with wild, unfettered abandon, I’d probably lean toward a bottle of Cook’s or André. You know, something that had done me indisputable harm in college and deserved a little redemption.

But it’s nothing but the best for the elite Formula E drivers, so concurrent with the Paris Formula ePrix in Les Invalides held in the “City of Light” in April, G.H. Mumm released a beautiful new bottle design of their highly lauded Grand Cordon to support celebratory activities. Formula E, conceptualized in 2012, is the first auto-racing competition with all electric-powered vehicles that zip around temporarily cleared city circuits with the inaugural race occurring in Beijing in 2014.

A race with a lighter environmental impact seems reason enough to celebrate, and G.H. Mumm was happy to oblige with this exclusive Grand Cordon cuvée, a balanced blend of Pinot Noir, Chardonnay, and Pinot Meunier. The red silk ribbon that is artfully laser-cut into the glass of the bottle itself (a reinterpretation of the red ribbon that’s been wrapped around Mumm bottles since 1876) made it a perfect gift for 2016 Paris winning driver Lucas di Grassi of Brazil.

Maison Mumm has been supporting innovations in sport, adventure, and athleticism since it sponsored Jean-Baptiste Charcot in his 1904 explorations of Antarctica. Moral of the story—drive electric cars, be adventurous, spray cheap bubbly if you must on a rare wild night, save Mumm Grand Cordon for sipping.

Next post Hilhaven Lodge Whiskey: Impressing Hollywood And Beyond