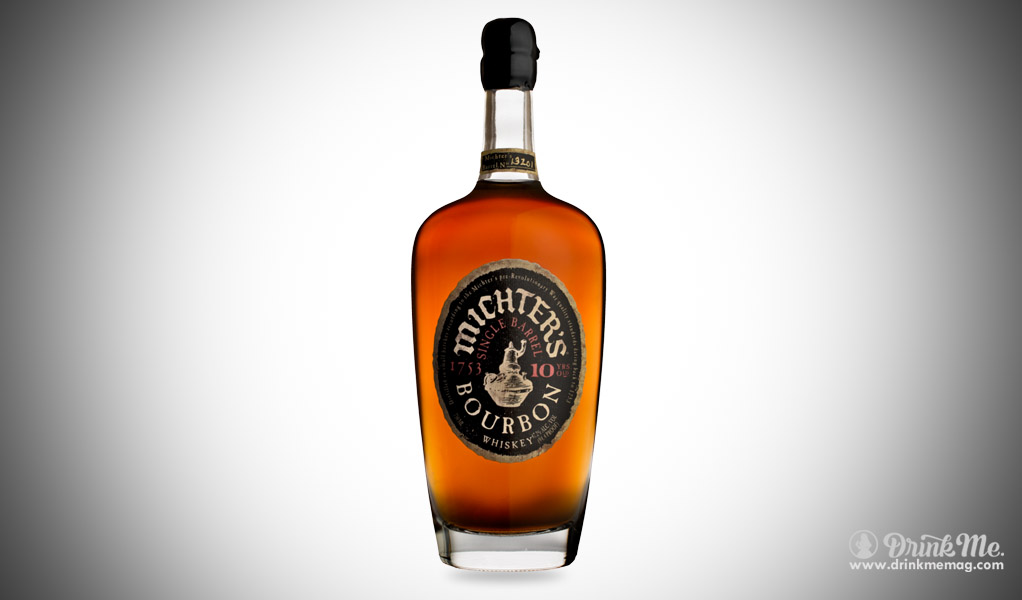 Michter’s Single Barrel Bourbon Whiskey, like many bourbons, is distilled in Kentucky, not a place many of us associate with exotic tropical fruits. But George Bernard Shaw did refer to whiskey as “liquid sunshine”, and with one whiff of the banana and coconut-rich nose of Michter’s previous release of 10 Year one could easily be tranported to a sunny, palm-tree-lined cove.

When the latest batch of bourbon reached its ten year mark this past January and was due for release, Master Distiller (and known perfectionist) Willie Pratt decided to prolong the aging process for several months to make absolutely certain the penultimate maturation was attained. The bourbon was aged in new charred American white oak barrels allowing the caramelized sugars in the charred wood to develop into the fruity flavor profile embodied in this bourbon. The aforementioned banana and coconut blend with lighter notes of butterscotch and vanilla leading into roasted nuts, maple syrup, smoke, oak, and toffee on the palate, leaving one with an impression of, if not perfection, a damn fine complex Kentucky bourbon.

The previous (bottled in 2014) batch was named “Best American Whiskey” by Food and Wine Magazine and the 2016 version will be released for sale this month. We like ours neat, and though we prefer margaritas on palm-tree-lined coves, we’ll sip a glass of liquid sunshine anytime.