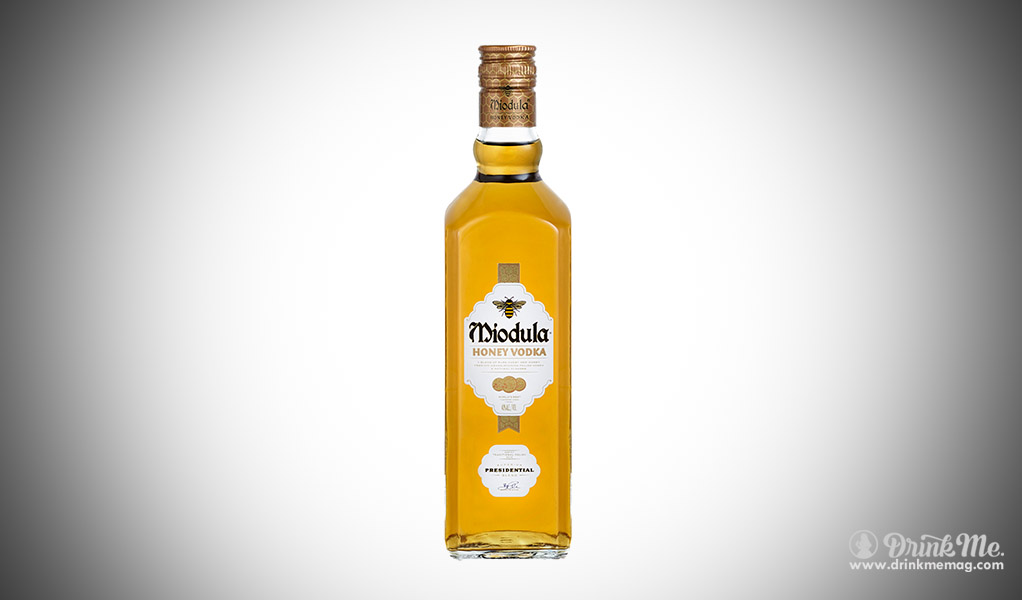 With a rich agricultural heritage and bountiful soils ripe for harvesting, Poland has been referred to as a land of milk and honey. There are also 40,000 apiarists (beekeepers) throughout Poland, over a million families of bees, and the country is one of the top honey producers in Europe. In Miodula Honey Vodka the distillers subtracted the milk from the equation, added pure spring water and highly distilled vodka, and aged it in oak for 11 months.

The resulting vodka blend, which teeters amongst spirit varietals between honey liqueur and flavored vodka, is now available in the United States from Biagio Cru and Estate Wines and is described by Biagio principal Darren Restivo as “a mixologist’s secret weapon and a vodka that can transform the industry.” It would appear that the experts agree, as the spirit won the coveted “World’s Best Flavored Vodka” award at the San Francisco World Spirits Competition. 500 of the 4,000 bottles produced per year are also put aside for the Polish president as diplomatic gifts—or so he says. We wouldn’t blame ol’ Andrzej for stashing a few bottles of this delicious honey vodka for a rainy day.

It’s excellent in a twist on a Moscow mule, on the rocks, or even served warm on a chilly evening. Leave it to the resourceful Polish to come up with such a delightful combination. Tea with a drop of honey on a winter night? Nah, we’ll take vodka with our honey instead, please.

Previous post Sip And Bid For A Cause: The Silicon Valley Wine Auction