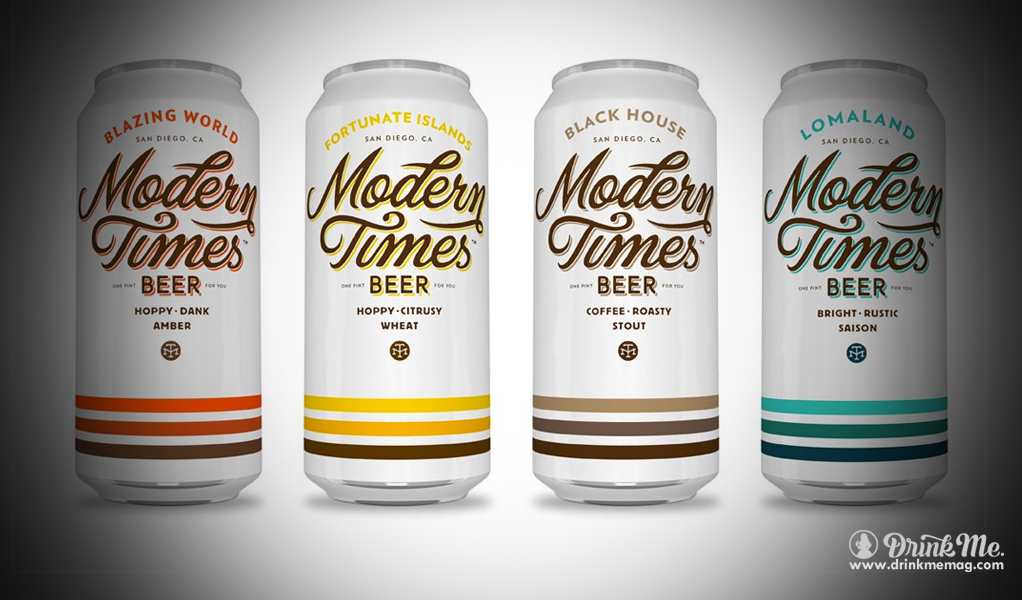 Modern Times Beer, the San Diego-based craft brewery, was named after an experimental utopian community built in 1850 by a bunch of wild-eyed wingnuts who thought they could demonstrate what a more perfect society might look like: to live right now, in a world of enterprising, fulfilling hedonism. This ideology became not just the inspiration for the name, but the brand’s driving philosophy.  Modern Times specializes in beers that buck traditional style guidelines, focusing on aroma-driven, complex, flavorful, sessionish beers. Often hybrid styles are brewed, combining the features from established categories to create “new, Island-Of-Doctor-Moreau-style mash-ups.” As a clever nod to its founding credo, the beers are named after real utopian experiments and mythological utopias. Visually however, the clean, cool packaging in 16 oz tall boys offers a double entendre to the modern name, appealing to a very current audience of SoCal brew fans. The brand was able to launch after founder Jacob McKean leveraged a Kickstarter campaign to fund his utopian dream. “I don’t just want Modern Times to be functional. I want Modern Times to be a magical little kingdom filled with amazeballs.” A beer born from the people, for the people. Doesn’t get more modern than that.