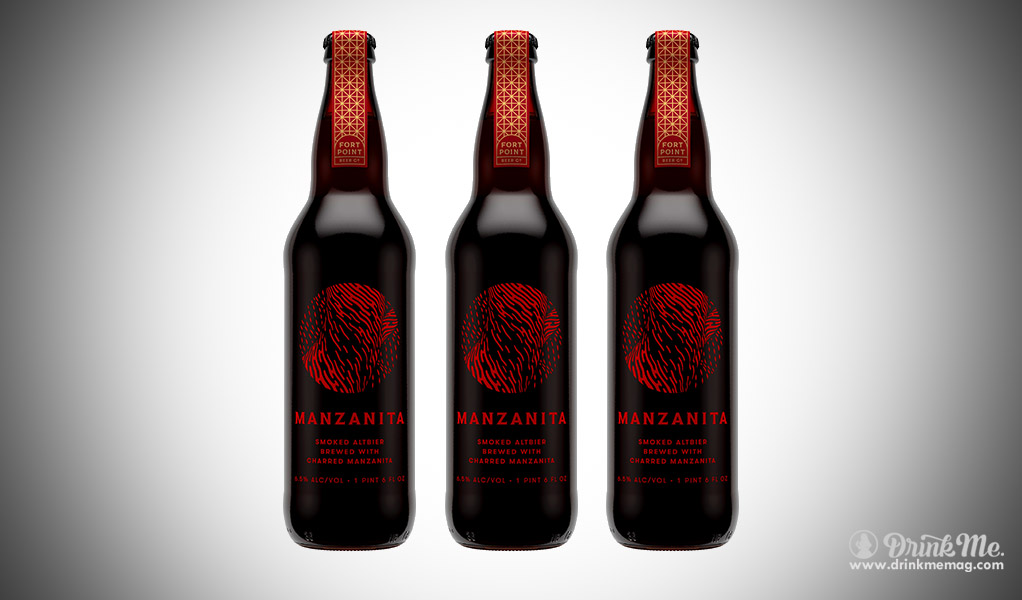 Brothers Tyler and Justin Catalina founded Fort Point Beer in 2014 in the presidio of San Francisco. The two owned Mill Valley Beerworks in Mill Valley, California. This small restaurant and brewery gave them their idea to begin canning their own beers. Their brewery resides in historic Presidio building that was once used an Army motor pool. The brand gained inspiration from its close proximity to the Golden Gate Bridge and the Fort Point National Historical Site. They began canning their own beers starting in 2015 and selling to local San Francisco retailers. A year later, Fort Point opened a kiosk at the Ferry Building, which includes six tap handles and beer that’s delivered daily from the brewery along with pints or to-go growlers.

Fort Point Beer announces the release of the brewery’s award winning smoked altbier, Manzanita in 22 ounce bottles. Originally, this beer was only offered as a draft, but will now be distributed in large formats in special edition packaging across the Bay Area. With flavors of wood, caramel, coffee, smoked native plants, and rich German malts, Manzanita is a classic German style beer. Being awarded at the Good Foods Award and the California State fair, winning first place, this beer is truly a winner.