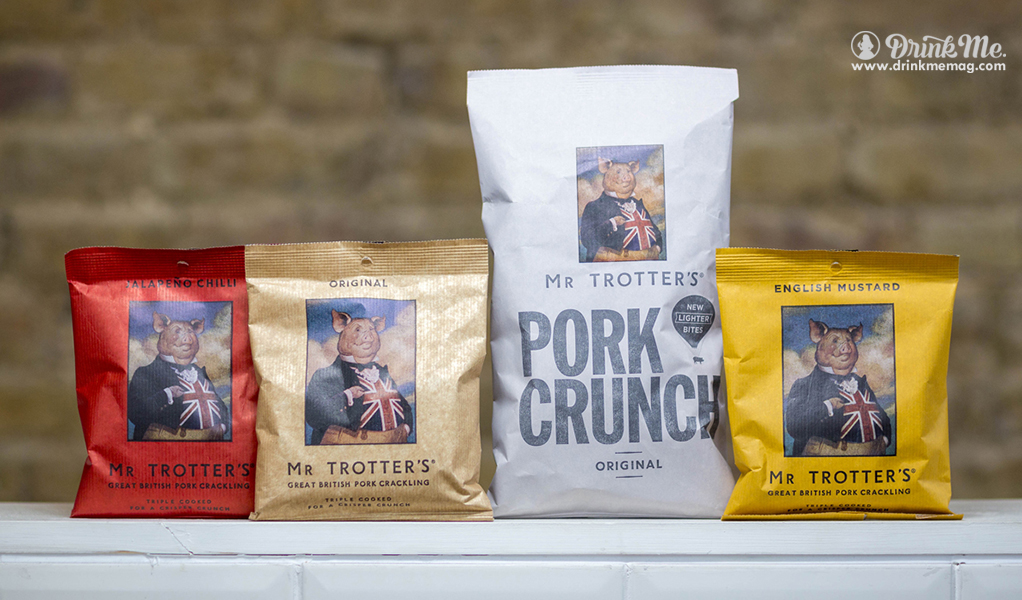 Three food writers, Tom Parker Bowles, Matthew Fort and, Rupert Ponsonby, had the bright idea to create pork scratching with 100 percent British rind, since most other pork scratching are made with Danish rind. Mr. Trotter’s Great British Pork Crackling are cooked by hand in small batches with special seasoning that gives the snack a unique kick and crunch.

Mr. Trotter’s English Mustard Crisps are the newest addition to the growing range of snacks. Made from British potatoes from British farms, the skins are left on for fuller flavor and dressed with English mustard to create a potent and delicious potato crisp. The crisps are Vegetarian Society Approved and join the expanding Mr. Trotter family, including Mr. Trotter’s Pork Crunch and Mr. Trotter’s Sausalamis. Mr. Trotter’s is available in farm shops, gardens centers, and pubs.