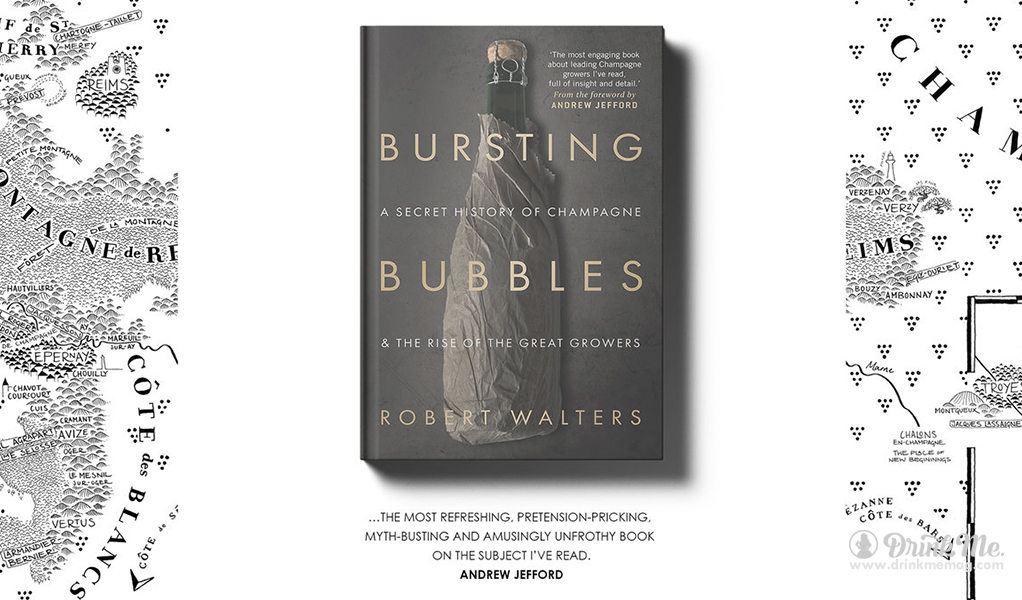 Hitting bookshelves in the United States earlier this year was Bursting Bubbles, a novel that explores the history of the champagne industry and its illustrious makers.  The title’s dual pun and alliteration is only a preview when it comes to the author, Rob Walters’, literary prowess.  Walters, who has a career working as a wine merchant in Australia, explores the history of champagne production and its famous families throughout his novel.  But he doesn’t stop there. He delves into the world of the artisanal producers who have experimented and thus transformed this specialized wine trade over the past two decades.

The book is divided by “Disclaimers”, a “Prologue” and is then followed by two alternating sections, called “Parts” (in which the author explains the history of the craft and pontificates freely) and “Myths” (in which the author dispels varying rumors surrounding the invention of Champagne, what gives it that je ne sais quoi, etc). In the foreword Andrew Jefford writes: “What’s needed to write about Champagne, therefore, is laconic wit, a probing intelligence and an outsiders’ innate skepticism.  Rob Walters possesses all of these qualities.” Bursting Bubbles is about tradition, it’s about revolution—the ever-changing competition in carbonation and taste—and is oh so worth the read.

Next post Refreshingly Sweet and Depths of Flavor: The Top Raspberry Beers