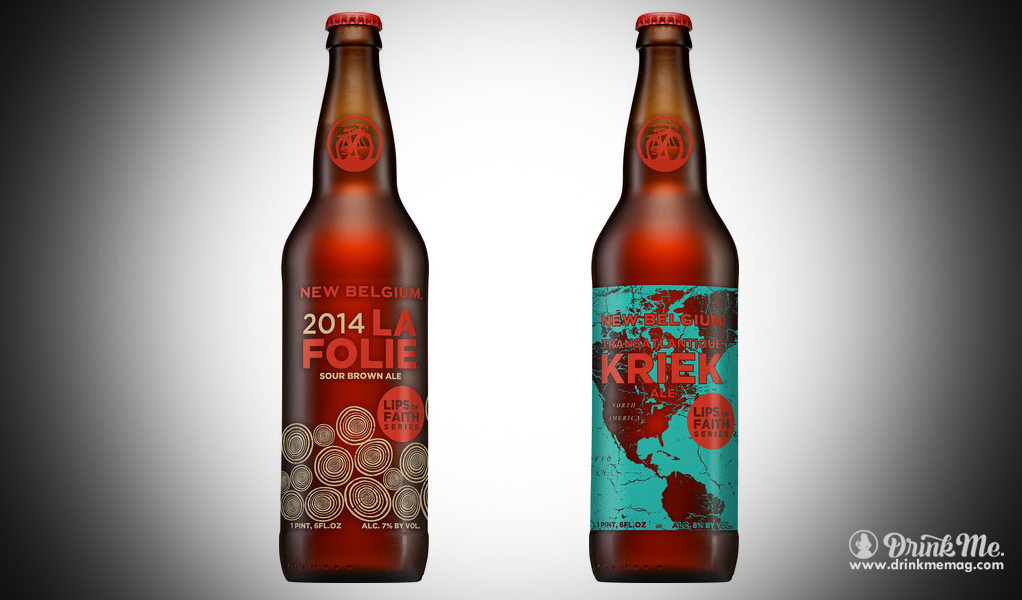 Having recently doubled its wood beer capacity with the addition of 32 new large oak barrels known as foeders, New Belgium Brewing Co. is going seriously sour with its latest additions to the Lips of Faith series. La Folie and Transatlantique Kriek make a very welcome return and create quite the buzz about the 2014 Sour Vintage Single Batch Series. La Folie is a wood-aged, sour brown that spends one to three years in the foeders, which produces a sharp and sour palate, full of green apple, cherry and plum notes.  In fact, it’s the beer that launched New Belgium’s sour beer program in ’97. Transatlantique Kriek is a slightly sour cherry kriek beer. The 2014 edition began its life deep in Belgium’s Lembeek Valley. After two years of wood aging, the spontaneously fermented kriek was shipped across the Atlantic and found its way to New Belgium Brewing Co. To go with the lambic ale, New Beligium created a full golden brew to blend in, and round out, this light-bodied kriek. The intense cherry nose leads to a pleasing sweet and sour flash across the palate. Both Lips of Faith sours are available now in 22-ounce bombers and on draft, though only while supplies last. Cheers!