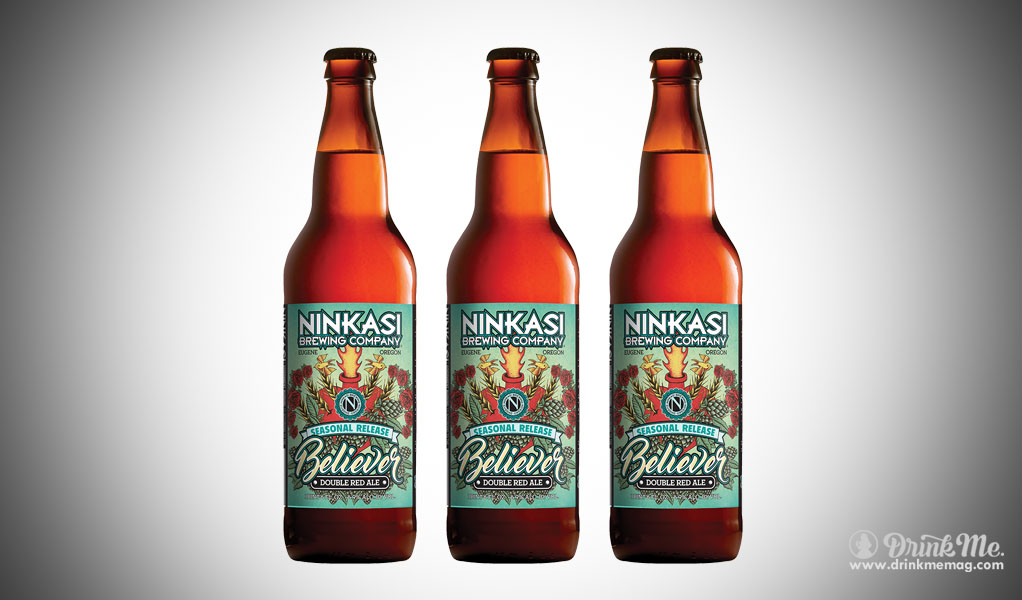 In 2006, when Ninkasi first opened their doors, co-founders Jamie Floyd and Nikos Ridge brewed this delicious double red ale as a thank you to the community that helped open the brewery. It was originally released as a seasonal brew and then discontinued. However, because of popular demand they are reviving Believer. Now this wonderful beer is back on shelves and on tap until April 2017 and with a new mission. Ninkasi will now be donating some of the profits from the sale of Believer through their Beer is Love program.

Throughout the 14 state distribution area of Ninkasi $1 of every case sold and $7 of each keg will be donated to charity. Different from the usual method of donation at the end of Believer’s distribution drinkers will be able to vote on which charity receives the money. The charities to choose from are Conscious Alliance from Colorado (an organization that aides communities in crisis), Team River Runner (a volunteer-driven nonprofit that helps veterans to regain their independence) and, Women Who Code (a charity that inspires women to excel in tech careers). Voting ends in April 2017 with the first place charity receiving 50% of the profits, the second place getting 30% and third receiving 20%.

Previous post The 11 Spirits That Deserve Your Holiday Money