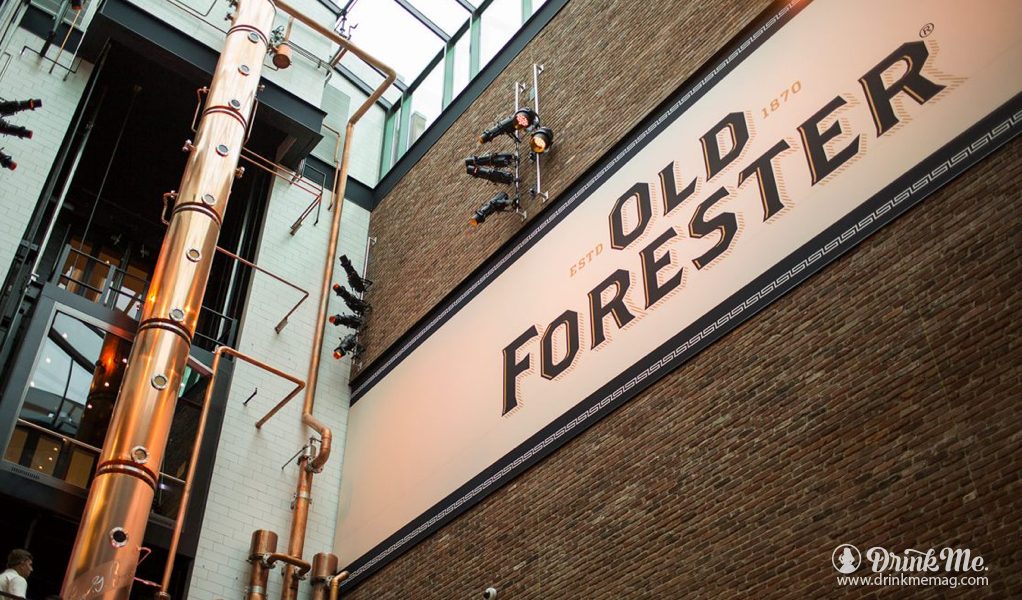 Having been around for 148 years, Old Forester finally decided that it was time to return home. On National Bourbon Day of this year, the First Bottled Bourbon opened the doors to the new Old Forester Distilling Co. In fact, Old Forester is really coming home as they are setting up shop in the same buildings the company opened in before Prohibition. Old Forester is so excited about their new/old digs that they’ve opened their doors to the public for the first time ever.

In the heart of Bourbon Country in Downtown Louisville Old Forester once again finds their business operating on Whiskey Row. The brand new 70,000 square foot facility will take guests behind the scenes showing them the process that Old Forester uses to make their signature bourbon. The operation at 119 W. Main Street in Louisville, Kentucky, will be the first in the industry to raise and char barrels in the same building where their spirits are aged, and every tour will have the chance to char their own barrel. This new building isn’t only for the tourists however, it is also adding the extra production capacity of 100,00 gallons annually. And if you stop in for a visit you’ll be able to see those extra gallons being created from fermentation and distilling, to the 44-foot-tall copper column still as guests follow the whiskey’s journey through the distillery in a one of a kind immersive experience. It is a grand homecoming indeed for the bourbon company and one that is well deserved. Old Forester, welcome home.