One Barrel Singled Out For Redbreast Single Cask 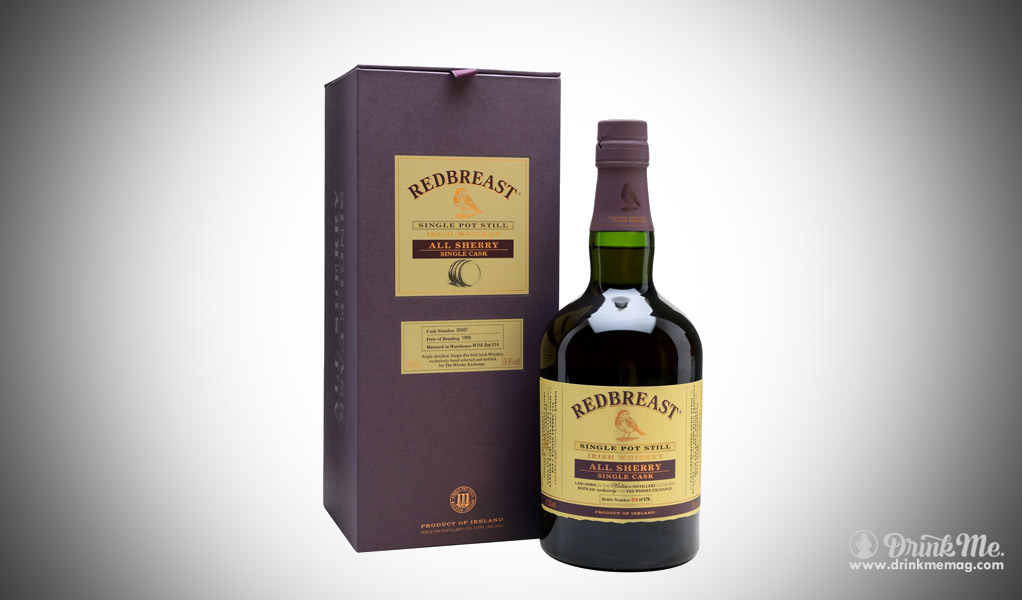 This unique take on the classic Redbreast full-bodied flavor profile renowned for its signature Christmas cake character comes in very limited supply with just 576 bottles. The very barrel responsible for this single cask batch is #30087. Crafted in the late 1996 at Antonio Paez Lobato Cooperage in Southern Spain (aka the world’s sherry capital), #30087 was toasted and seasoned with Oloroso sherry for two years until 1999 when it was shipped to Midleton Distillery. There, the barrel was filled with Single Pot Still Irish distillate and put in a warehouse until August 2015—16 years and 147 days later.

Barrel #30087 was the chosen one determined to have reach peak maturation. The whiskey is bottled without chill filtration and offers the traditional pot still spices with fruit and almond notes alongside a hint of vanilla to balance off the finish. Redbreast Single Cask is an experience you’ll only be able to partake in until all bottle are sold.