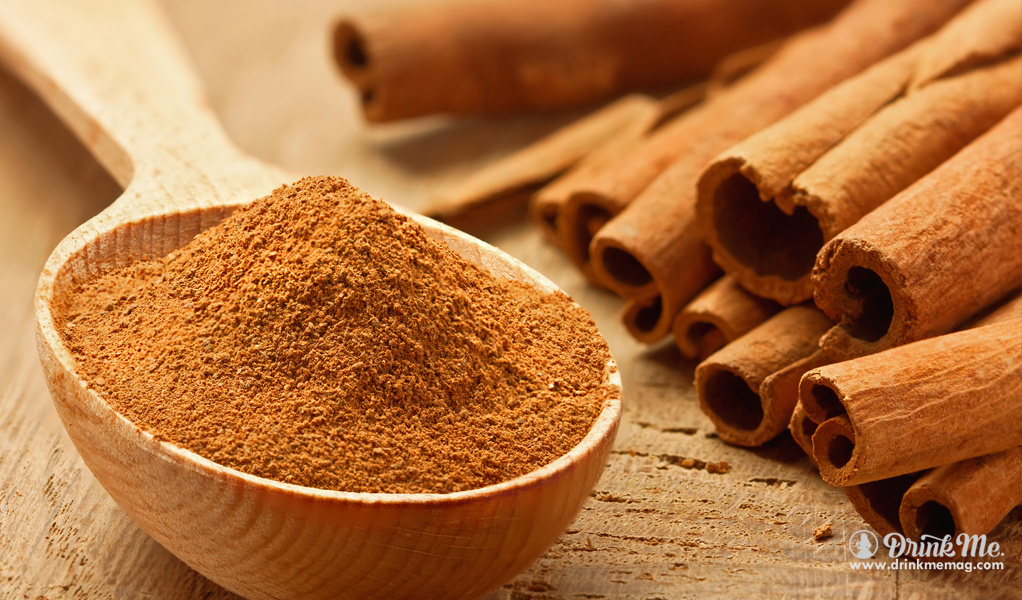 Ready to heat things up? Cinnamon spirits are the fasted growing category in the dark whiskey universe. The spice now lights up tequila and moonshine. Vodka was the first spirit to vigorously pursue flavor, but the proliferation of extreme examples from marshmallow to bubble gum may have saturated the market as interest has waned. Most producers tout natural sources for their cinnamon and not chemical formulations, but many don’t reveal details. Among those who comment, Sri Lanka and Vietnam (Saigon) are the most common sources. Here are a dozen recommended cinnamon spirits. Most were released in the last few years with the exception of Fireball. Expect to see more brands on the shelf. Meanwhile, chill the bottles before sipping or grabbing that Cherry Coca Cola mixer. 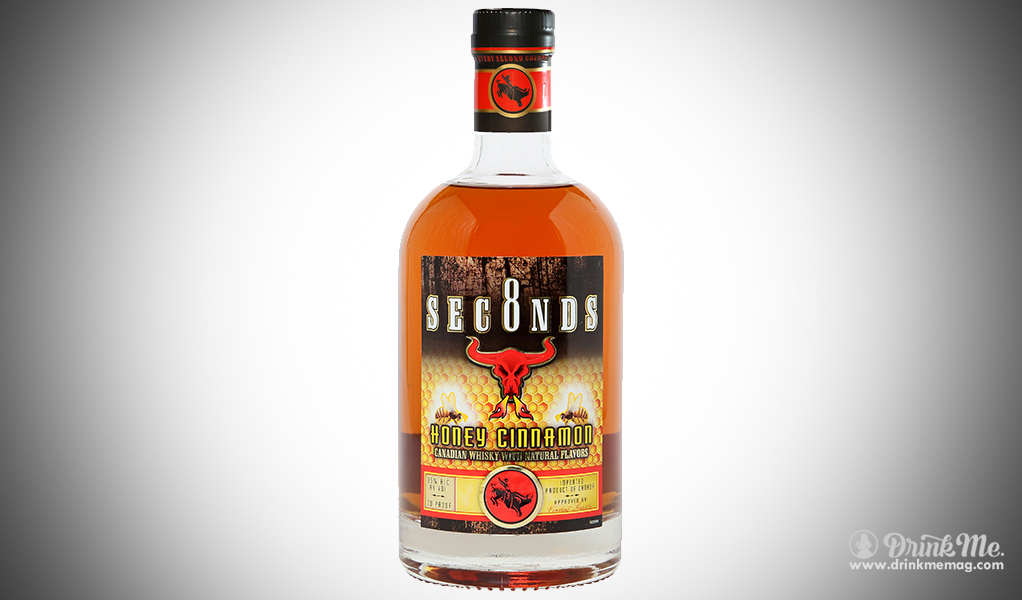 Launched last year, 8 Seconds compares the time to complete your rodeo bull ride with the time the cinnamon heat will hit your throat. And what a wild ride you’ll encounter. The four-year Canadian whisky packs a punch mitigated by the nutty, cinnamon flavors of the spice. Made for drinking chilled and neat, the company is one of the few to mention the antioxidant impact of cinnamon—and the anti-bacterial note from added honey. But sweetness is not a hallmark of the hard-driving spirit. 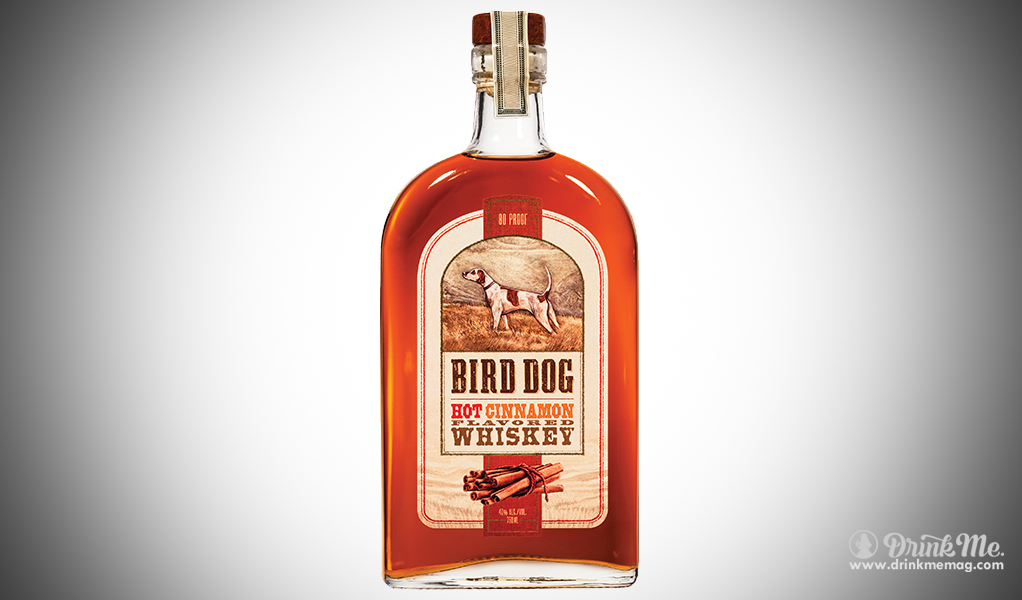 Unleashed at 80 proof, Bird Dog Whiskey is crafted from Kentucky bourbon infused with cinnamon flavor. Blackberry was the first flavor, but Hot Cinnamon is “catching fire,” says the producer. With a strong cinnamon aroma and long, hot finish, Bird Dog shows the complexity of its bourbon master and the nuance of the spice which evokes pumpkin pie with added bitters. 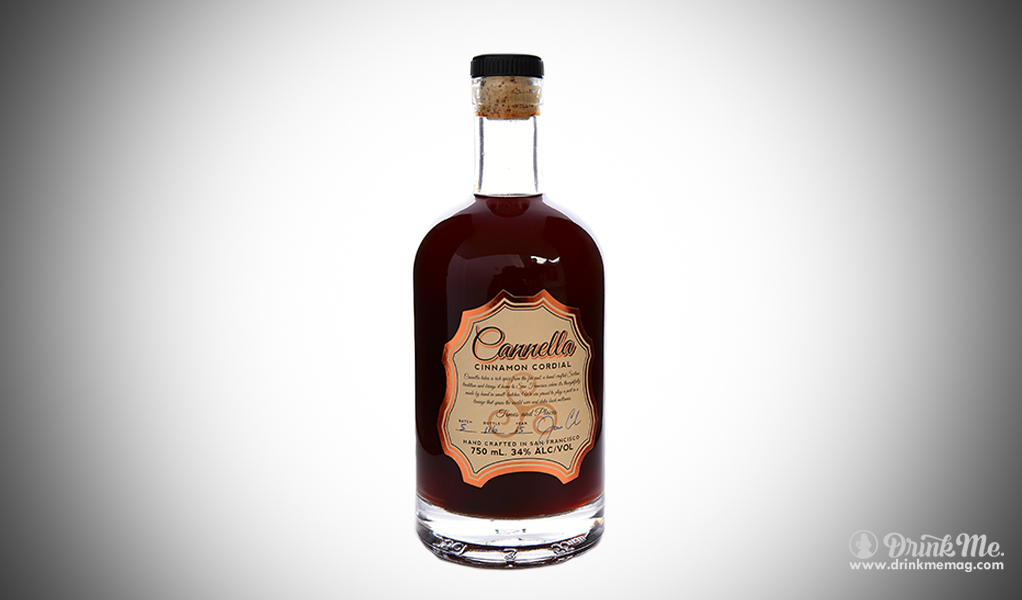 Producer Joe Cannella literally hand makes this cinnamon “cordial.” While the cinnamon infuses in barrel with Calif.-made brandy, Cannela samples the spirit every day to ensure optimal flavor and macerates the cinnamon in the spirit for less than a month to avoid bitterness. Partnering with Seven Stills distillery in San Francisco, Cannella, whose name means “cinnamon,” signs each bottle of the small batch production. The flavor evokes the sweet center of an Atomic Fireball candy. The spirit is well-balanced between sweet and spicy with apple pie notes and a velvety finish. 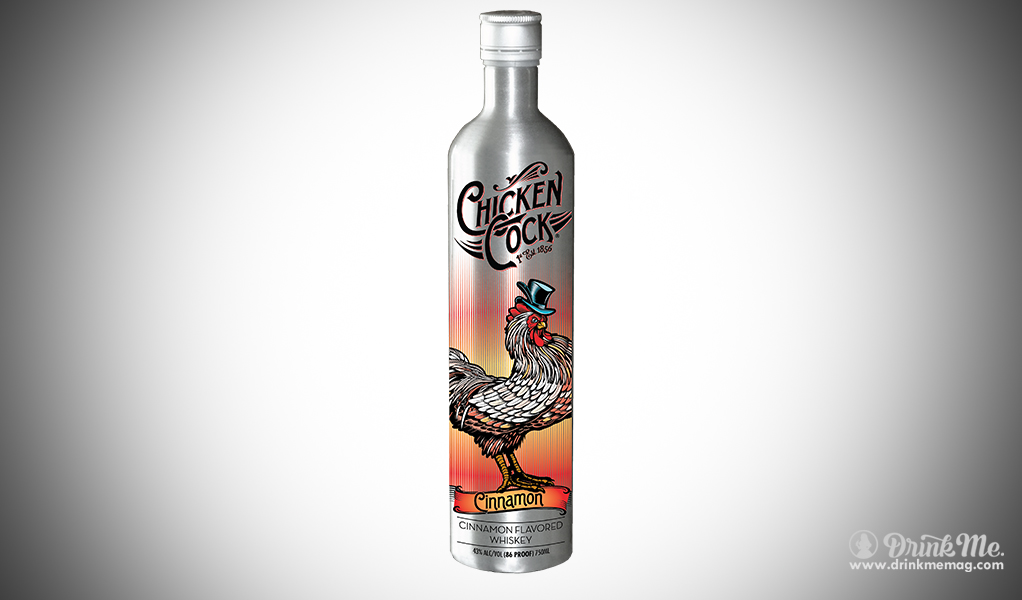 Imbibers who ordered a Chicken Cock during Prohibition at the Cotton Club were served the smuggled whiskey in a tin can. Founded in 1856, Chicken Cock recently re-launched with the heritage tin can packaging enabling a quick chill in the freezer. With 64 percent less sugar than Fireball, the mouthfeel is lighter and less viscous than others. At a whopping 86 proof, the whiskey finishes on a hot-peppery-cinnamon note. Interesting that Chicken Cock Cherry Bounce flavor (labeled as “Cherry Cola Whiskey”) is most popular in the Upper Midwest and Chicken Cock Cinnamon shines in the South. 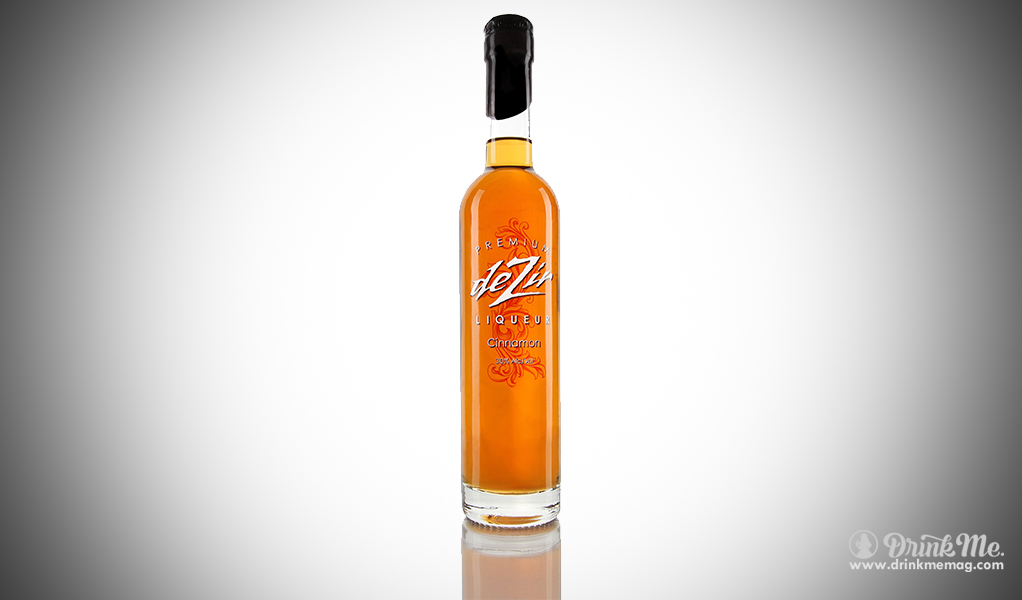 deZir winks at cinnamon’s repute as an aphrodisiac. But the comfort element is emphasized by the online comparison to eating one of Mom’s snickerdoodle cookies, always made with teaspoons of cinnamon. Using natural oils from Vietnam cinnamon, the round, sweet flavor of the liqueur is appealing on its own, chilled. To heat things up, try their Washington state-themed Yakima Sidewinder with equal parts deZir Cinnamon and tequila with four shakes of Tabasco. 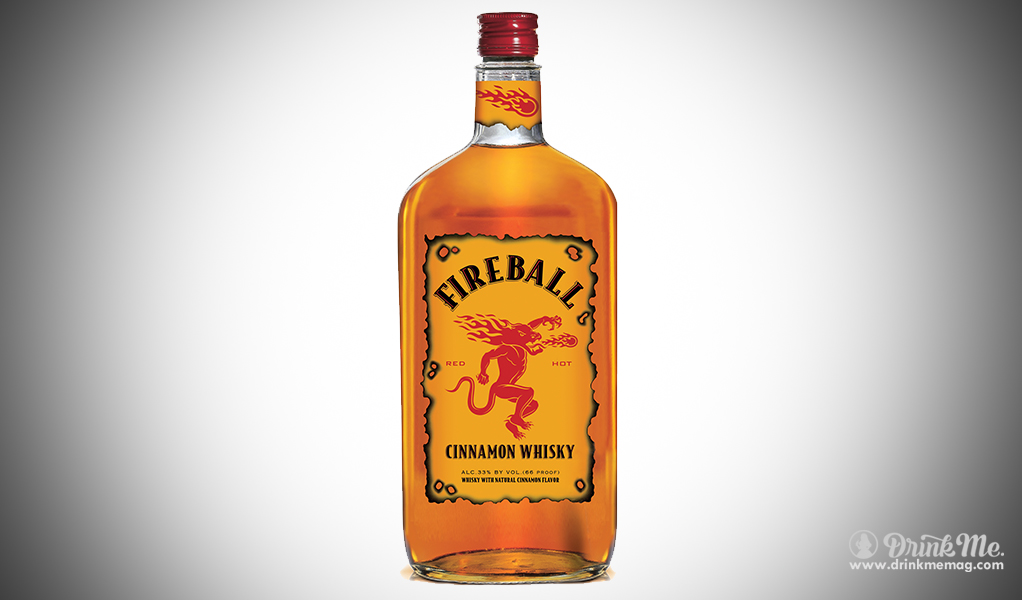 Follow Fireball on Twitter and find an Atomic Fireball recipe or how to wear mini-bottles as a lei. To quote a recent post on #ThrowBackThursday: “The only thing we throwback on Thursday is more whisky.” The spelling of whisky alludes to the Canadian base spirit. One of the 10 most purchased spirits by Americans, Fireball may imitate a chew of Big Red gum, but the college set has co-opted it as shot of choice. Chilled and topped off with cherry Coca-Cola and ice, you’ll feel revived any day of the week. The rich mouthfeel from the high sugar content is appealing and tempered by the smooth, spicy finish. 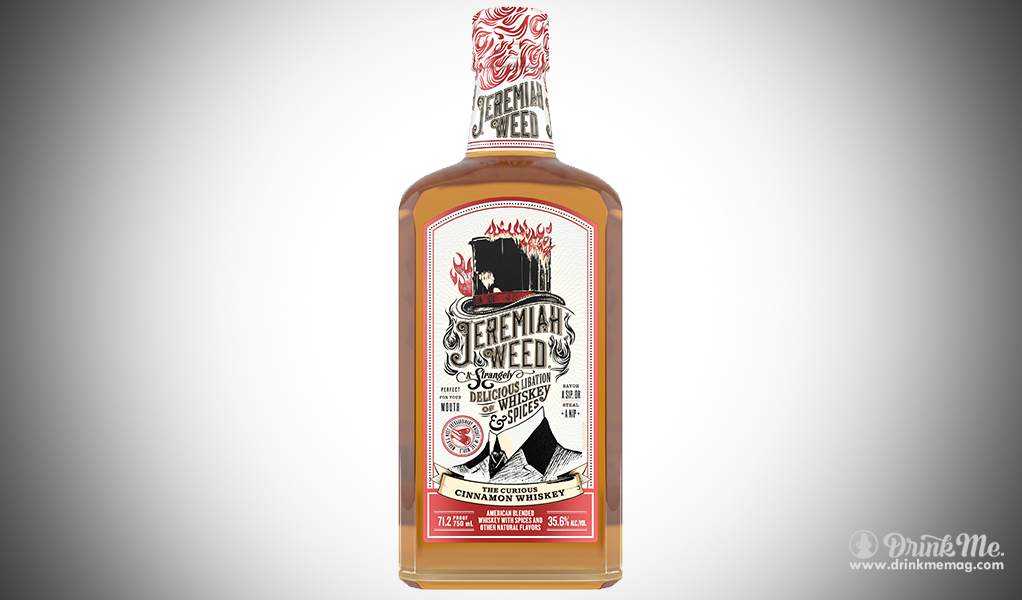 A new offering from Diageo, Jeremiah Weed Cinnamon has a retro look, a stranger-than-life faceless logo and a silky, rich taste. This complex sipper evinces notes of apple notes, raisins and a dash of holiday pudding. The hand-selected “secret spices” along with ground cinnamon may include vanilla. If you are not a spice-and heat-seeker, this cinnamon whiskey may be the one for you at 71.2 proof. The smooth, sweet finish tempts you to reach for another shot rather than a fire extinguisher for the burn. 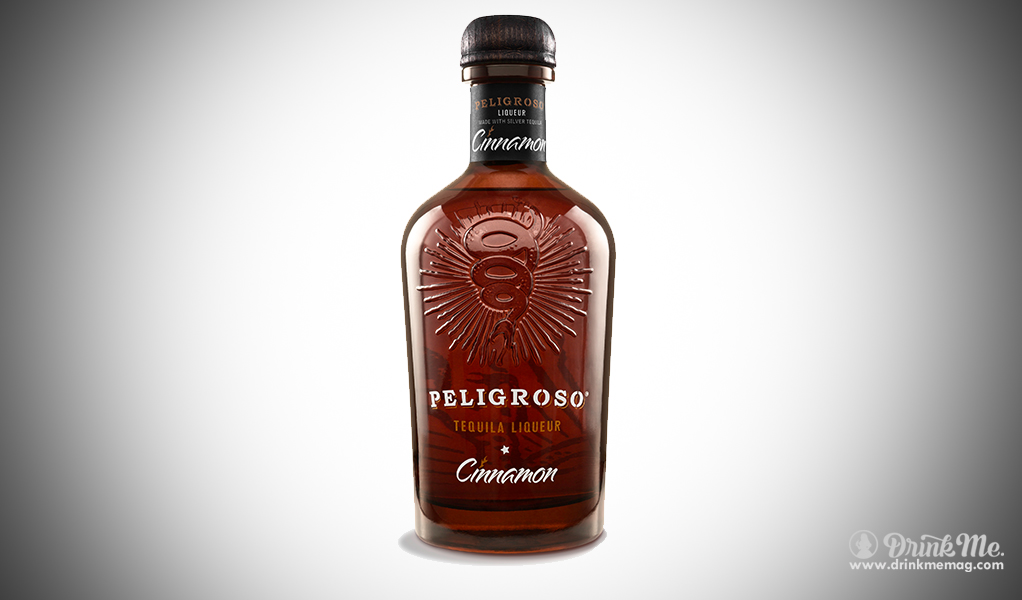 The website photo of two surfer friends riding motorcycles reflects the casual, independent lifestyle that Peligroso Cinnamon dares to engender. The simplicity of their Peligroso Cin cocktail (rhymes with “sin”)—chilled spirit and an orange slice—carries the image forward. The company touts their 100 percent natural cinnamon extract infused into 100 percent Blue Weber agave tequila. Though Peligroso Cinnamon packs 84 proof, this spirit offers more sweet heat and less spicy bite than others and yields a pleasant pick-me-up for those who appreciate a softer tequila style. 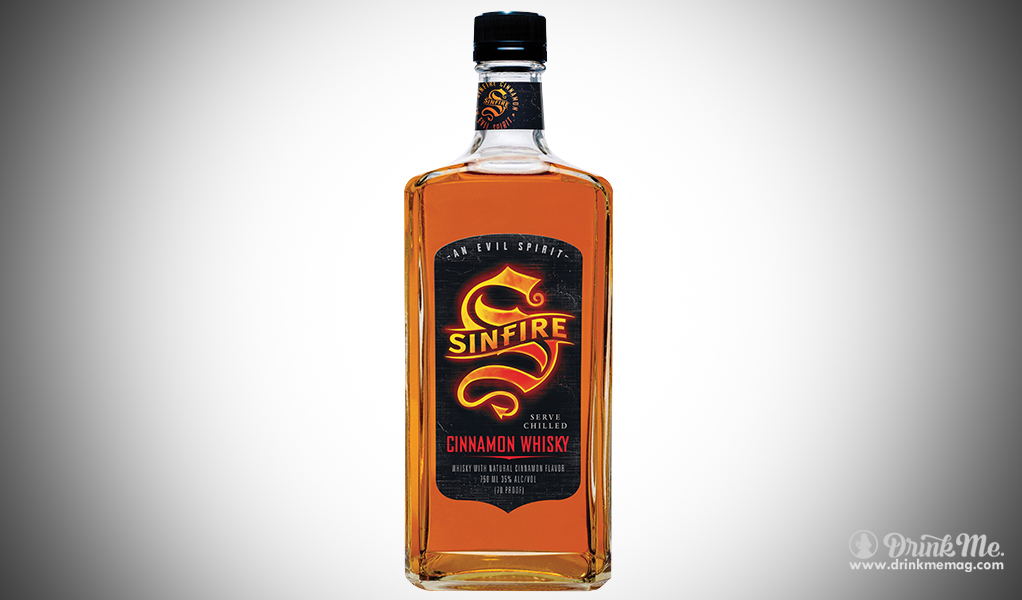 Hardcore Red Hots candy lovers will enjoy Sinfire. This blended Canadian whisky carries a burn from an all-natural ingredient list of Sir Lankan and Southeast Asian cinnamon and proprietary blend of spices from Africa and the Caribbean. Best chilled, the brand offers a high tech way to ensure your Sinfire is cold enough to generate the cinnamon-spice heat: Thermochromic ink on the back label turns the icicles below the S image from white to blue when ready to drink. With a lighter, whisky-edged flavor profile, Sinfire is heating up the sales charts for those seeking the spicier side of cinnamon. 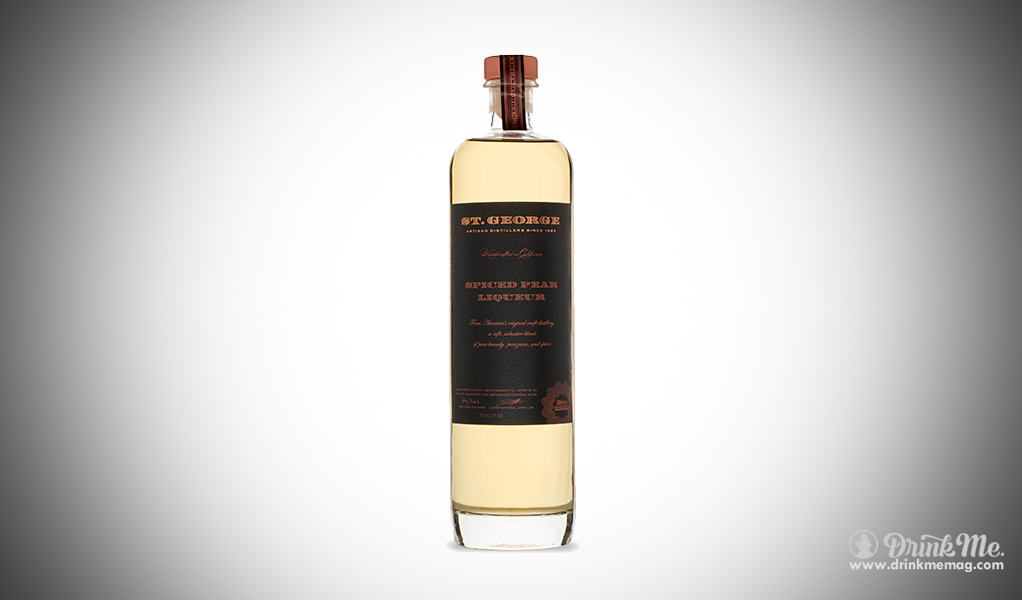 Okay, cinnamon isn’t in the name of St. George’s Spiced Pear Brandy, but this company isn’t one to hold focus groups or bury their heads in industry flavor trend reports. Distiller Dave Smith started making the product a few years ago before everyone came out with a named cinnamon spirit, and St. George’s is not about to change the name for marketing purposes. Smith knows a mix of red and green pears begs for cinnamon in the finished spirit. The Spiced Pear Brandy is a crowd favorite, with enough spicy cinnamon bite to temper the natural sweetness of a pear brandy. A rich, smooth mouthfeel rounds out the pleasurable sipping of the drink. 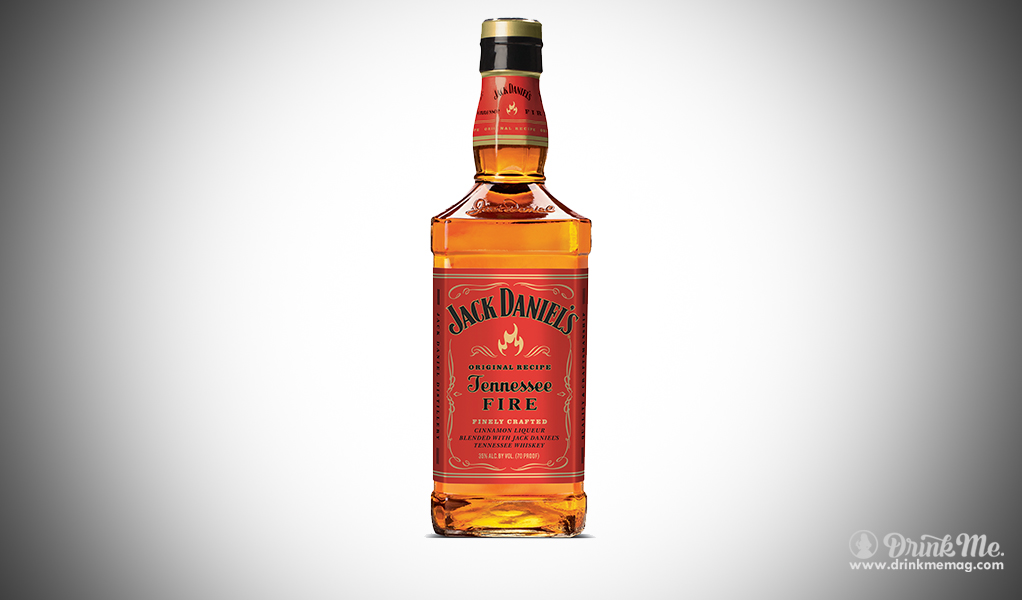 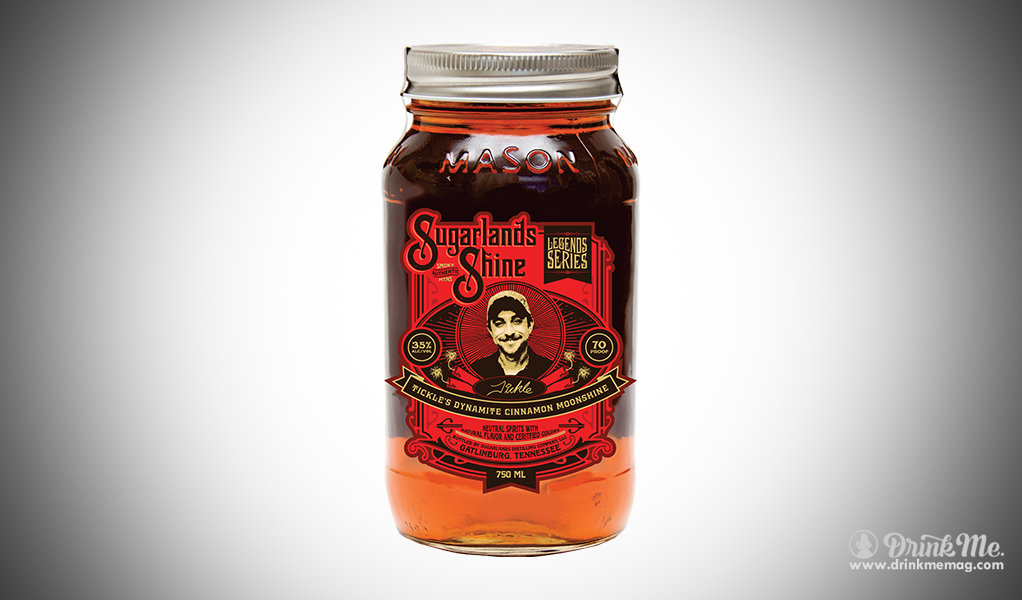 The craft image of cinnamon spirits is embodied in this “legends series” offering from Sugarland Distilling, an eastern Tenn. company whose mission is imbued with the spirit of moonshining. There is a real Mr. Steven Ray Tickle, a “fiery character” from Virginia, who is a carpenter. Mechanic, and yes, a moonshiner. Launched in several states in January, 2015, Tickle Dynamite Cinnamon adds a pop of flavor—and juicy red-orange cinnamon color—to many tequila cocktails or the wintry Bonfire with the moonshine, horchata liqueur and amaretto. But hey, taking a page from Fireball, the Cinnamon Cola Shine cocktail with your favorite cola (cherry flavored, perhaps?) also lights up the night.

Next post The Hidden Gems of San Francisco: Oddjob SF

Previous post There’s a New Hero in Town: the Decapitator