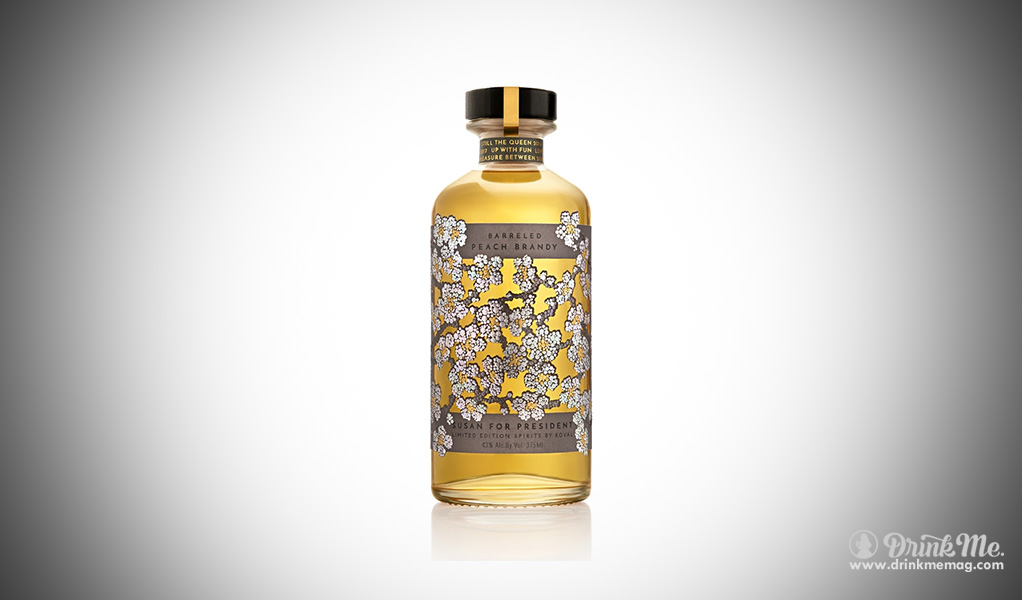 Since the mid-1800s, Chicago had been without a distillery within its city limits that could proudly represent fellow Chicago citizens. However, the Koval Distillery took this challenge upon themselves in 2008 and began producing whiskey, liquer, and specialty spirts within Chicago city limits for the first time in two centuries. Since then, Koval has thrived with their grain-to-bottle mentality where they closely and thoughtfully monitor each spirit making process so that it fulfills expectations each time. As with the spirit making process, Koval also puts in a great amount of thought into creating enticing spirits that will be unique and exciting for consumers. Thus, Koval has recently announced a limited edition new line will be released this upcoming year and is excited to reveal that the first of these spirits is hitting shelves soon.

The new spirit being released is a peach flavored brandy entitled Barreled Peach Brandy. The limited edition spirit is named after Koval president Sonat Birnecker’s Aunt Susan and will be the first of an exciting, successful line of brandy for them. The brandy has a distinct taste to it, with a peppery entry that immediately announces its arrival. This is followed by a sweet taste of peach that will appeal to any sweet tooth and will remain on the tongue until the finish. One can liken this taste as biting into a fresh peach with a finishing creamy butterscotch feeling. The limited edition Barreled Peach Brandy will be available in select national markets in the near future.

Next post Sparkling Resolution: The Bubbles You Should Be Exploring In 2017