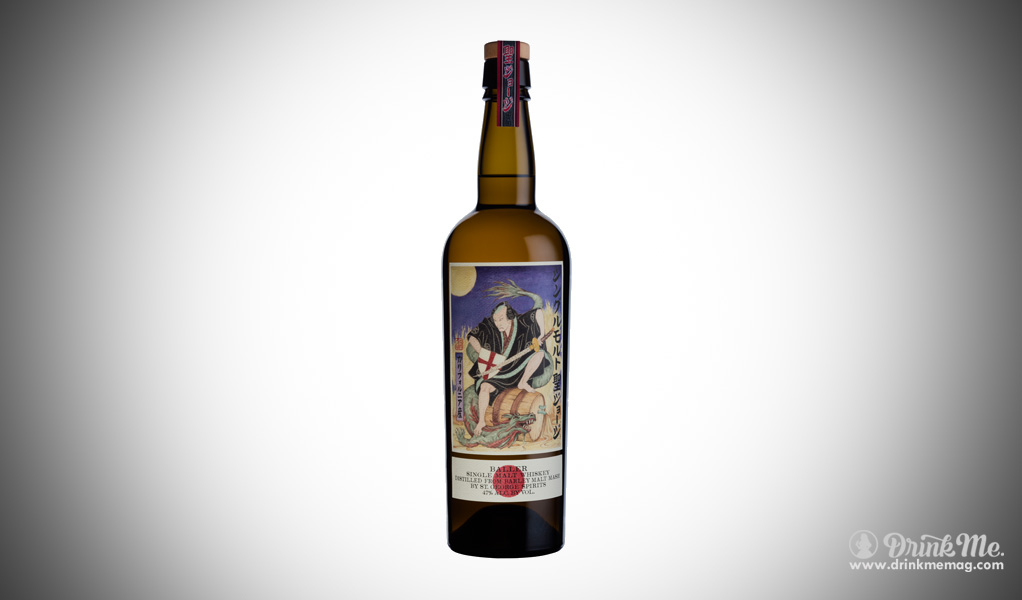 The depiction of St. George as a samurai warrior on the label of a bottle of Baller Single Malt Whiskey  is compelling in its own right, with the warrior pictured with one foot on a whiskey barrel and the other foot on a rearing dragon under a full moon. But we think a more descriptive depiction would show the samurai slicing into a full, juicy, violet plum.

What makes this innovative and experimental single malt unique is that after being distilled in eau de vie pot stills and aged 3-4 years in bourbon casks and French oak wine casks, it is then filtered through maple charcoal and finished in casks that previously held St. George’s house-made umeshu, a Japanese plum liqueur.

Distiller Lance Winters, who also did the art direction for the samurai label, describes Baller as “a California take on the Japanese spin on Scotch whisky”, which seems an apt description especially when we consider that the company’s umeshu was made entirely from ume fruit grown in California.

With a pleasing burst of crisp plum on the palate showcasing the unusual production methods and a dry, malty flavor profile to balance the whiskey’s fruit-forward nature, Baller Single Malt was named with highballs in mind but deserves at least a taste without mixers to really appreciate its subtleties.