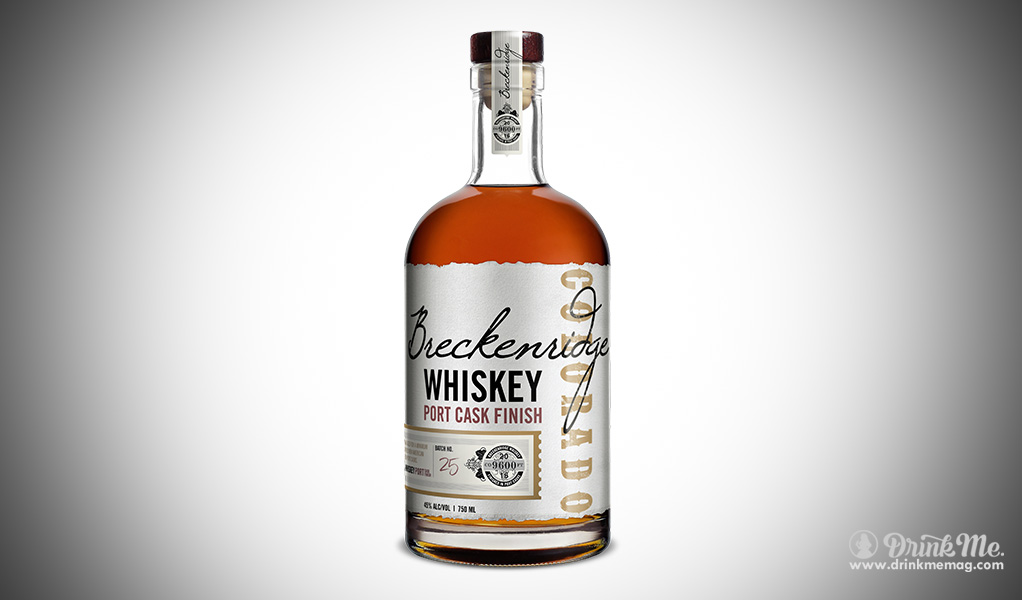 From (along with Washington) being the first U.S. state to legalize marijuana back in 2012, to recently proposing a referendum to replace Obamacare with a progressive single-payer health coverage plan, to chefs in foodie cities like Boulder and Aspen leading culinary trends, Colorado is comfortable at the forefront. So it comes as no surprise that the award-winning Breckenridge Distillery, located at a nearly 10,000 foot elevation (world’s highest distillery) in the alpine paradise of the Rockies, is getting creative with cask aging.

Having released their first high-rye mash bill bourbon in 2010 to much acclaim, Breckenridge Distillery took a page from the book of port cask-aged single malt Scotches and decided to apply the method to a bourbon, a technique only being employed by a few innovative distilleries in the country. In Breckenridge Distillery’s new Port Cask Finish Whiskey the interplay of the fruit and tannins infused into the bourbon from the port barrels creates a pleasing complexity amongst the natural ripe banana, vanilla, brown sugar, and toasted sesame inherent in the spirit itself. Breckenridge Port Cask Finish Whiskey is another win for the progressive masterminds of Colorado.

Next post Fiorito Limoncello: A Taste Of Pure Sicily