Putting London Back on the Map 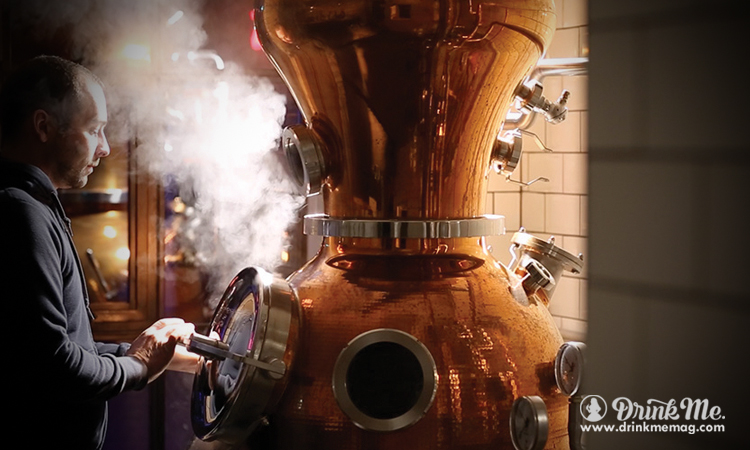 Watch out Scotland, there’s another whisky on the map. And it’s 100% London bred. This whisky’s breaking a particularly long dry spell—this is the first time in two hundred years that London is making whisky. Welcome back to the fold.

London was once a proud whisky-producing city. In the late eighteen hundreds, the city was home to six whisky distilleries. Sadly, all good things come to an end. New laws in the late nineteenth century closed down all of these independent producers.

Who are the brave necromancers bringing back London’s whisky specter? They’re The London Distillery Company (TLDC), home to passionate revivalists, a copper still they call “Matilda”, and a ghost named Dodd. But let’s start at the beginning.

Meet Darren and Nick. Darren Rook, a.k.a. “The Whisky Guy”, is a long time whisky enthusiast who always wondered why London didn’t have its own whisky distilling culture. Nick Taylor didn’t have distilling experience, but he did have start-up experience as founder of Envestors, a company that invests in young entrepreneurs. Rook and Taylor met through friends and founded TLDC in 2011.

With a little bit of research, Rook and Taylor were pretty sure that the name The London Distillery Company wasn’t taken. However, a year after founding, Rook received in the mail a photo of an old spirits bottle printed with “London Distillery”.

A ghost from the past?

An engineer and serial entrepreneur, Ralph Dodd founded the original London Distillery in 1807. But it was shut before producing a drop, due to a little something called the Bubble Act, an old mandate that required all joint-stock companies to be authorized by a royal charter. However, that wasn’t before the man wrote a treatise on the importance of London having it’s own whisky makers. With this blessing from a patron saint, Taylor and Rook started production.

All in Good Time

Currently TLDC is taking orders for whisky that will be released in 2015. Now, don’t start your grumbling yet, note first that British whisky has to be barreled for three years. So, unless TLDC had a time machine, there isn’t a thing they can do about getting it to you quicker. Second, it might take you until then to save up for their product: TLDC only takes orders for whisky by the barrel.

Most importantly, this spirit is bespoke. TLDC offers a program where you (or maybe you and a like-minded friend, or you and all you’re friends) can step into the shoes of the distiller and design a signature whisky. What’s the price tag for this dream come true? A high-end barrel is about £3,000 GBP. And, while it will certainly take this whisky lover a few years to save up, it would most definitely be worth it: there are approximately 3,400 shots in a barrel.

But check out the nifty perks! You can choose barrel wood from Spanish Oak to bourbon soaked American Standard Barrels to barrels flavored from the dark rich sherry, Oloroso. You also take your pick from three different strains of barley. You even get to pull the trigger on the yeast that goes in. In fact, if you chuck in a little bit extra, TLDC invites customers to shadow the distiller and afterwards join them and some of their test batches for a happy hour. It’s like a trip to the Wonka Factory only with a higher ABV.

And just in case this sounds too self-serving, TLDC gives you the option to make a barrel for charity. That’s right, charity. For the mighty month of Movember (a month-long moustache growing contest for charity in November), the whisky gents have a limited edition release of 20-liter casks that cost £495 GBP. Half of the proceeds go to Movember to raise awareness for men’s health issues like prostate cancer. Oh yeah, and if you grow your own ‘stache and send in a picture, TLDC will memorialize that bushy beast by carving it into your cask for all of eternity. Now that’s something to raise a glass to.

Not sure if you will ever be in need of a personalized barrel of whisky? Hold tight, TLDC will be bottling whisky for export by the end of 2016. But, if you happen to order a barrel, I’ll be happy to share it with you.

About the Author Chelsea Larsson

Chelsea Larsson is a humorist, illustrator and food writer living in San Francisco, California. Her work has been published in The Onion, Drink Me Magazine and AboveAverage.

Next post Pizza Man: The Pizza Joint With A World Renowned Wine Collection