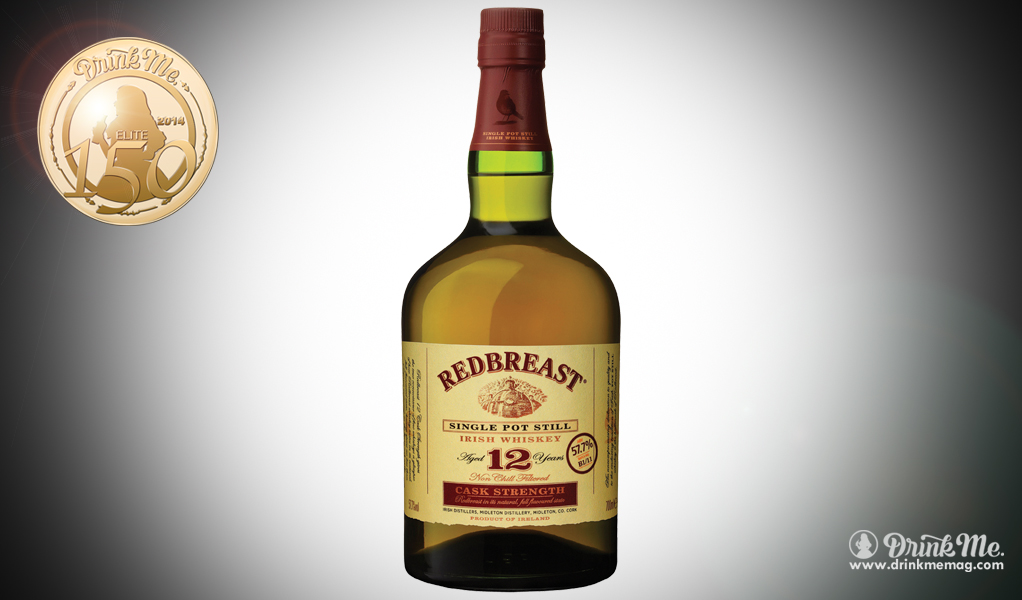 Something of a cult legend in Ireland, Redbreast Single Pot Still Whiskey is quickly achieving the same elusive status in the U.S. To be a single pot still whiskey, malted barley is combined with un-malted barley. It was a very traditional method of making whiskey in Ireland and although it is no longer common, Redbreast is keeping the tradition alive. The Redbreast 12 Year Old Cask Strength is pleasantly influenced by the oloroso sherry casks that the blend is aged in, with increased cask strength which gives an already superb whiskey a richer, fuller, fruitier dimension, and if you can imagine it, even more complexity. The extra proof also delights rocks drinkers to no end. Word on the street is that the supply is limited and demand has been through the roof. We suppose that’s what happens when reviews start throwing out phrases like “I can’t think if I’ve ever tasted a better Irish whiskey…”