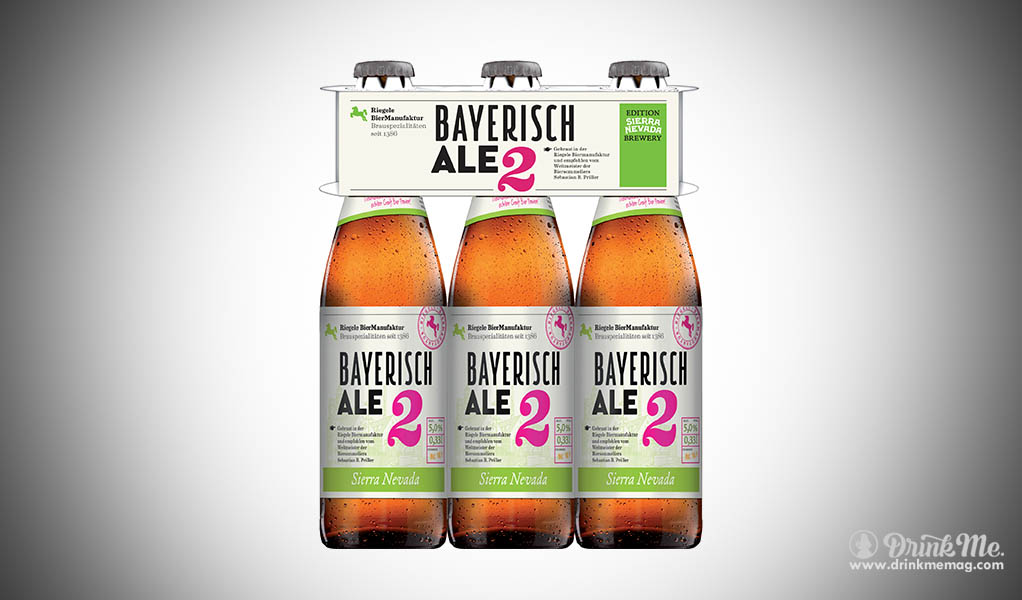 Family owned since 1386, Brauhaus Riegele has been brewing exceptional craft beers going on more than 600 years. Riegele is located in Augsburg, in the heart of Bavaria. It is one of Germany’s highly acclaimed breweries in respect to the culture and quality of beer. They have been awarded many times including being named 2015 German Craft Brewery of the Year, 2016 German Beer of the Year, voted Europe’s Best Brewery at the European Beer Star and 2016 World Cup of Beer, and being proclaimed 2010 German Beer of the Decade. Similarly, Sierra Nevada Brewing Co. was founded in 1980 and is also family owned. Sierra Nevada is known as America’s premier craft breweries for using the finest quality ingredients. In the fall of 2015, Riegele and Sierra Nevada collaborated to make the award winning Oktoberfest.

With the success of Oktoberfest, Riegele and Sierra Nevada collaborated once again to bring another exceptional beer to the table. Brewed in Augsburg Brewery, using three of Riegeles special yeast strains; two kinds of malt and a combination of Amarillo, Citra, Cascade, and Simcoe Hops,  Bayerisch Ale 2 was born. This American Pale Ale indulges is three savory fruit flavors: passion fruit, peach, and apricot. With its lively character and fruity taste, Bayerisch Ale 2 is the perfect beer to drink during the remaining days of summer!