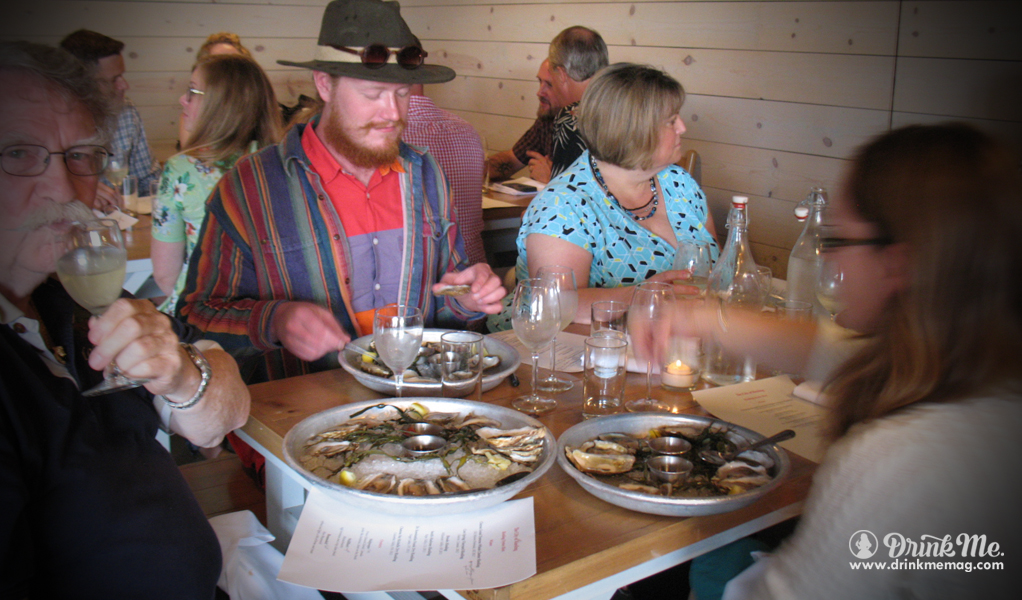 A summer saunter northwest from Detroit to Traverse City needn’t have a purpose other than reveling in the tree-lined drive, the enchanting twists and turns of lake and land that typify rural Michigan. However, a tent-filled, first-ever ‘Night of 100 Rieslings’ on Grand Traverse Bay featuring an international tasting of Germany’s great native white grape provided a credible excuse.

The brainchild of TC locals Sean O’Keefe and Amanda Danielson, winemaker and restaurateur respectively, and the British-born wine communicator Stuart Pigott drew 350 with a good sprinkling from the major metros of Chicago and Detroit along with wine industry guests hailing from all over North America. Seminars covered such topics as Rieslings Across America and Exploring Planet Riesling. “It’s no longer new to speak up of Riesling not only being sweet, but we wanted to bridge the gap between ‘grandma’ and ‘geekdom’,” said Danielson. “It’s our job to make wine fun, approachable, engaging, and inclusive.”

Sales of German wines overall, and those made from its flagship Riesling in particular, have enjoyed double digit growth in the US every year for over a decade. However it’s only been in the last three to five years that the grape’s come out of the shadows of being a ‘sommelier favorite’, something they’d drink because – while loving it – they also found it notoriously difficult to sell to a public accustomed do drinking full-throttle oaky Chardonnays. Yours truly suffered under these conditions when working in Chicago, San Francisco, and London as a sommelier – no less due to first passing several months working the steep, sometimes snow-covered, and always vineyard-covered, hillsides of Germany’s Mosel, Rheingau, and Wuerttemberg regions.

The vanguard of Riesling lovers saw it through the ‘bad ole days’ of the 80s and 90s when Germany was the only notable country producing it. Then, it was often poorly and sweetly done, its capacity to demonstrate complexity and balance too often neglected. The Germans held the Riesling flag high for many years awaiting the younguns who grew into the grape, knowing it not only from Germany but via the more full-blown versions both half-sweet and dry offered by its neighbor Austria, the always-dry and always full-bodied versions from Australia, the myriad of reckonings from Washington state, and odd offerings from Chile and New Zealand. One of these is Chicago restaurant veteran Whitney Bowers who said that in, “being from Traverse City it was exciting to see it in the spotlight with a good mix of industry professionals and winemakers.”

In the bustle of a large public tasting it’s challenging if not impossible to make credible assessments about so many wines, so this shouldn’t be taken too seriously as a measurement of quality as my attentions were skewed by circumstance. Had I fallen asleep in the tent and woken to re-taste them all, my findings could easily have been different as the condition of the wines would have changed…as well the condition of my back.

Below are my favorite ten of the evening in alphabetical order followed by five runners-up.

Brengman Brothers; Leelanau Peninsula, Michigan ’13 Spätlese
Still finding its way as a youth with allspice-accented, honeydew melon flavors. Good as it is, it should express far more over the next 2-5 years.

Bründlmayer; Kamptal, Austria ’11 Heiligenstein Alte Reben
I admit to having not only liked the aromas and flavors but also having swallowed the entire tasting measure. Twice. Yum.

Karthäuserhof; Ruwer, Germany ’11 Eitelsbacher Karthäuserhof Kabinett
Vivacious strawberry, elderberry nose and palate as befits a wine from this Mosel sub-region. A fine and long finish, and I’d expect no less from this producer.

About the Author David Furer

Since 1986 David has performed many roles in the alcohol beverage industry–lecturer and teacher to both pros and consumers, consultant to numerous wine regions and countries, event organizer and host, retail buyer, sommelier and restaurant manager, and wine/spirits/beer writer/author/judge. In addition to holding an Advanced level certification from the Court of Master Sommeliers and attaining Certified Wine Educator from the Society of Wine Educators, he’s worked at five German wineries. His lecturing skills have been appreciated at the University of Chicago and, while residing in England, at Oxford and Cambridge universities.