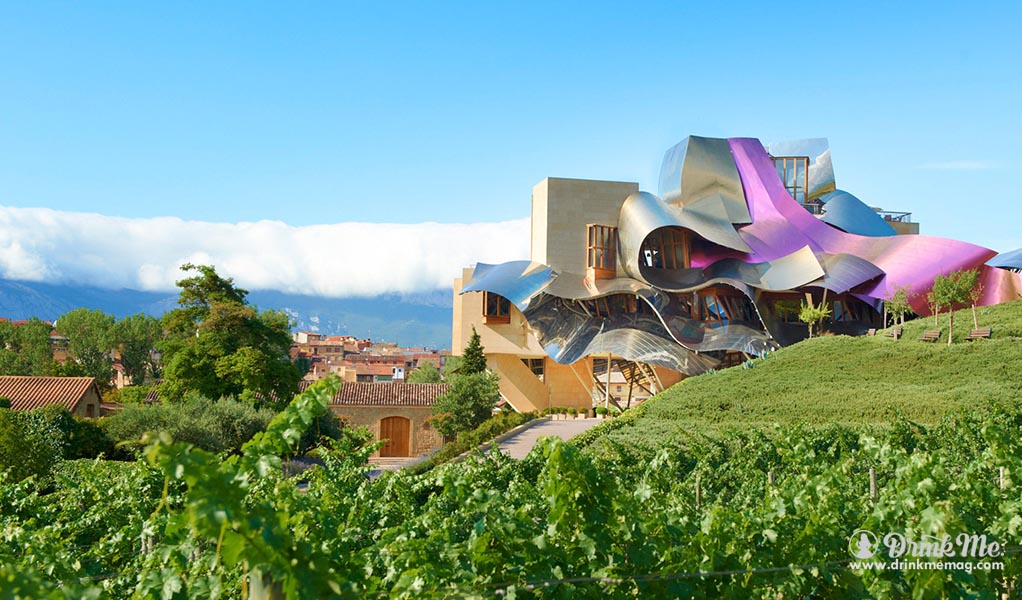 Rioja is the epicenter where wine meets design, boasting the “who’s who” of international architects, such as Frank Gehry, Santiago Calatrava and Zaha Hadid. Many travelers visit Rioja for the authentic winery experience, but are surprised to find the stunning architecture that accompanies it.

No other wine region in the world can offer the mixture of cutting edge modern architecture along with historic vineyards. The juxtaposition of medieval, rustic history alongside avant-garde winery architecture makes Rioja unique among both wine regions and international travel destinations. 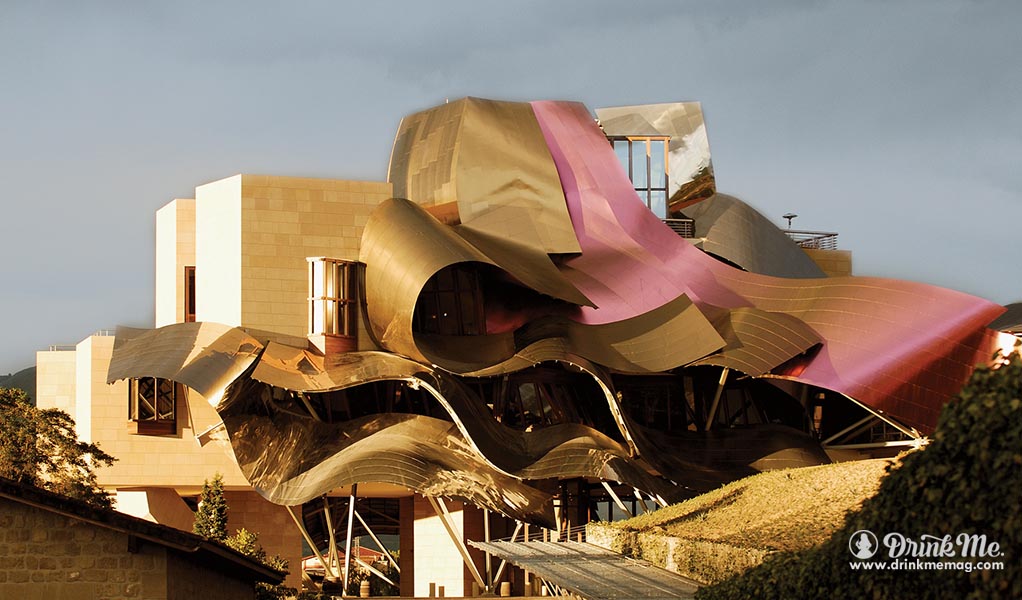 The marriage of tradition and innovation is quintessentially captured at Marqués de Riscal’s Ciudad del Vino – “City of Wine.” Completed in 2006, the Frank Gehry – designed complex includes a hotel, a full-service wine therapy spa, a restaurant, a conference center and a banquet hall. It is a work which, although full of distinct forms, is in perfect harmony with the landscape of the area.

Covered in titanium, Gehry infused his work with the signature colors of Marqués de Riscal: pink like the wine, gold like the mesh on the Riscal bottles, and silver like the bottle top. Without a shadow of a doubt, the City of Wine is one of the most ambitious projects ever undertaken in Spanish wine cellars to date. 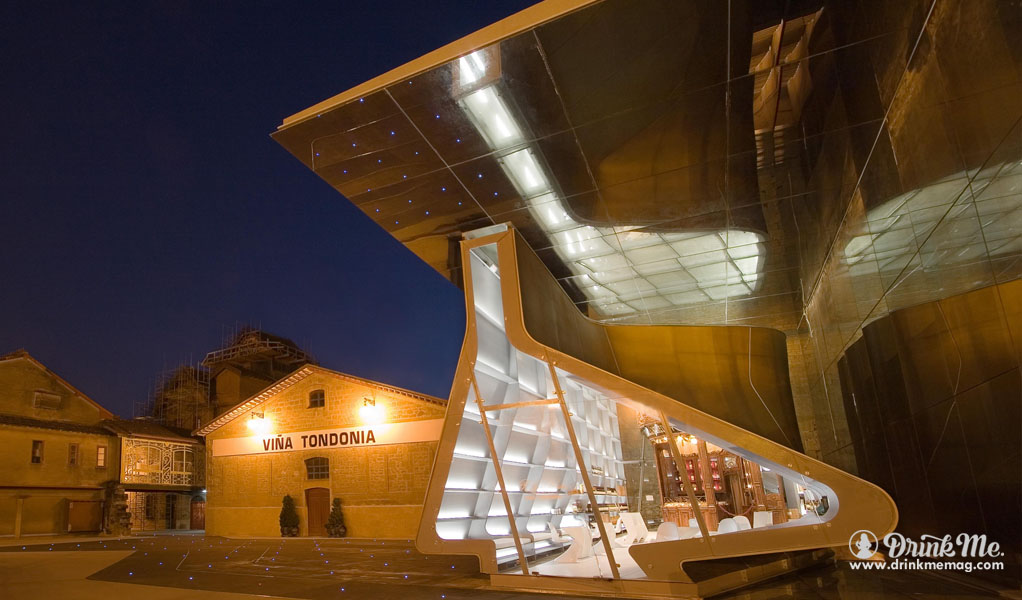 Tradition meets innovation in the oldest winery in Haro and one of the first three houses in Rioja that is still run and operated by the López de Heredia family.

The founder, D. Rafael López de Heredia y Landeta, developed the original concept for the bodega’s design. Through the years, every successive member of the López de Heredia family has taken on the task of completing an aspect of the founder’s original vision. These plans, combined with a continuing family commitment, have resulted in each generation leaving its mark on the complex. 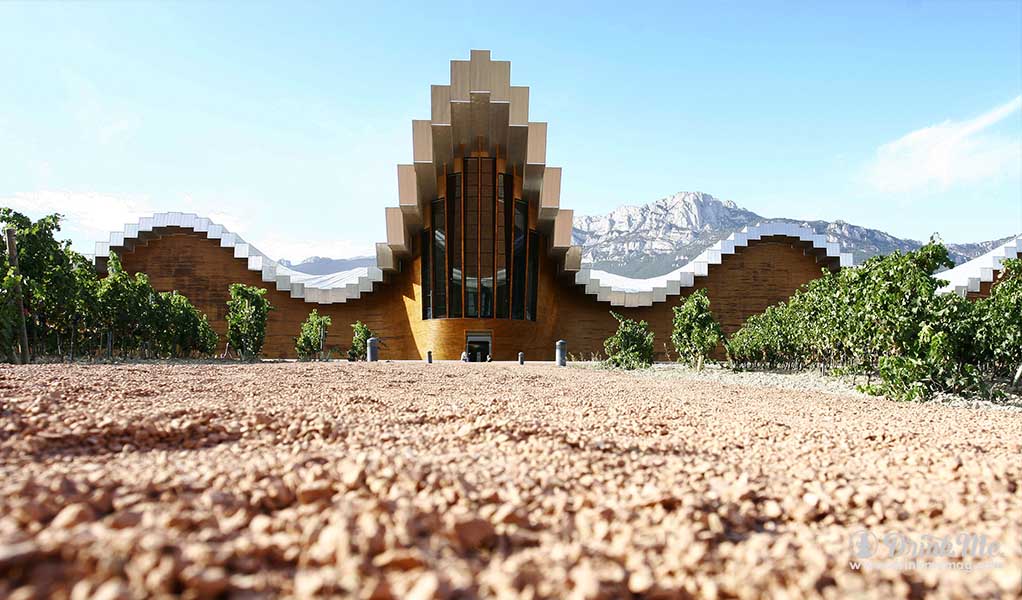 Bodegas Ysios was designed by the renowned architect Santiago Calatrava as a temple dedicated to wine. The name “Ysios” is a tribute to Isis and Osiris, two Egyptian gods closely linked to the world of wine.

Located at the foot of the Sierra de Cantabria Mountains, Bodegas Ysios was designed to blend entirely with its surroundings– a wonderful example of how architecture reflects and balances with nature. The material used to cover the bodega’s exterior is cedar wood boards aligned horizontally, so that their reflection in the lake gives the impression of giant barrels. While Ysios’ sinusoid roof is intended to create a feeling of movement – similar to the changing colors of the surrounding vines – as the sunlight reflects off the bodega. 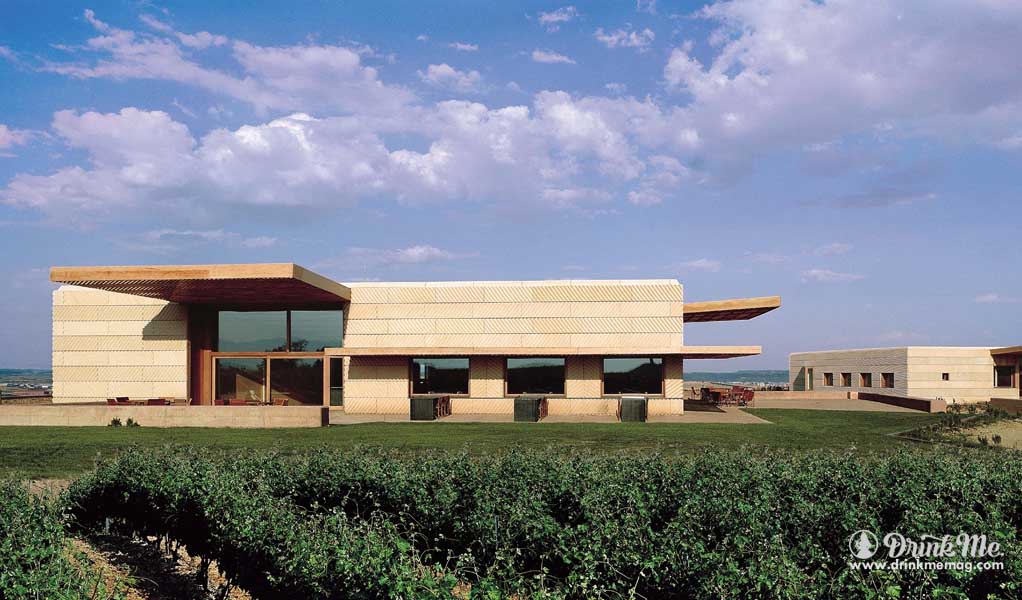 Located in the heart of La Rioja, Bodegas Campo Viejo boasts its eco-friendly winemaking process in which the grapes are only moved with gravity, with no use of pressure or pumping of any kind, to achieve the highest quality of their wines.

Similar to other bodegas, Bodegas Campo Viejo was designed to blend naturally into the hillside. The earthy, reddish concrete façades resemble the layers of earth from which they were excavated. They are built in successive horizontal layers in an exaggerated scale with much tectonic intensity making the bodega appear as if it has been part of the earth forever and has simply emerged through erosion.

Designed by architect Ignacio Quemada Sáenz-Badillos, Bodegas Campo Viejo was the 1st Spanish winery to achieve CarbonNeutral and AENOR certifications for its carbon footprint in accordance with the ISO 14064 standard. 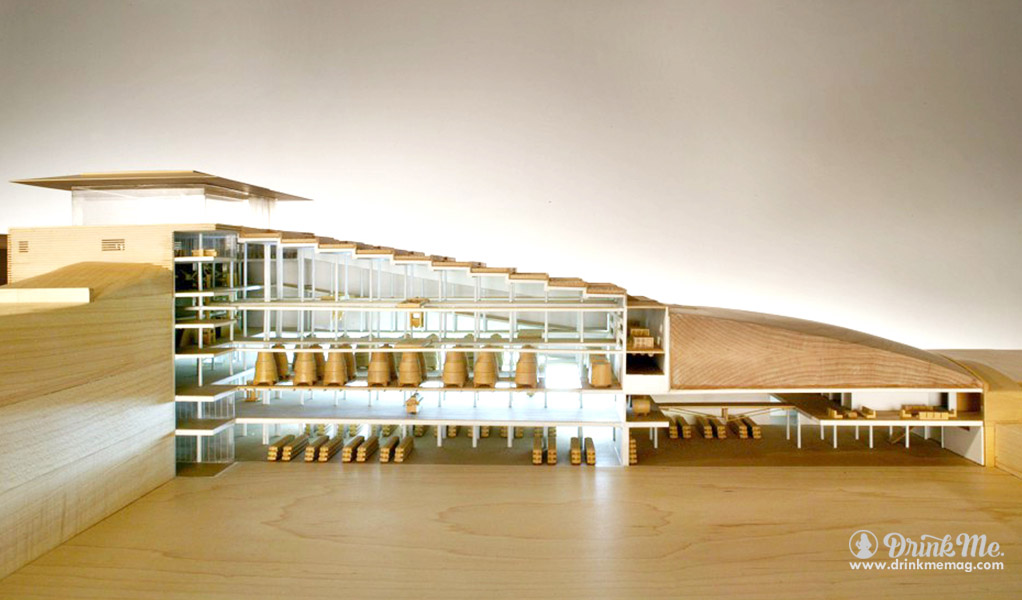 Bodegas Baigorri is a beautiful balance of architecture and nature. The bodega’s architect Iñaki Aspiazu tailored the building to highlight the unique way their wines are made while keeping the environment and sustainability top of mind.

In addition to the bodega’s commitment to sustainability in grape growing, their gravity-fed production process is housed below ground for the utmost respect for the surrounding environment. This unique process allows the grapes to be fermented completely intact, with all movements of grapes and wine done by gravity, avoiding the use of mechanical methods of any kind.

This ‘Special Guest Article’ was written by Julie Stas